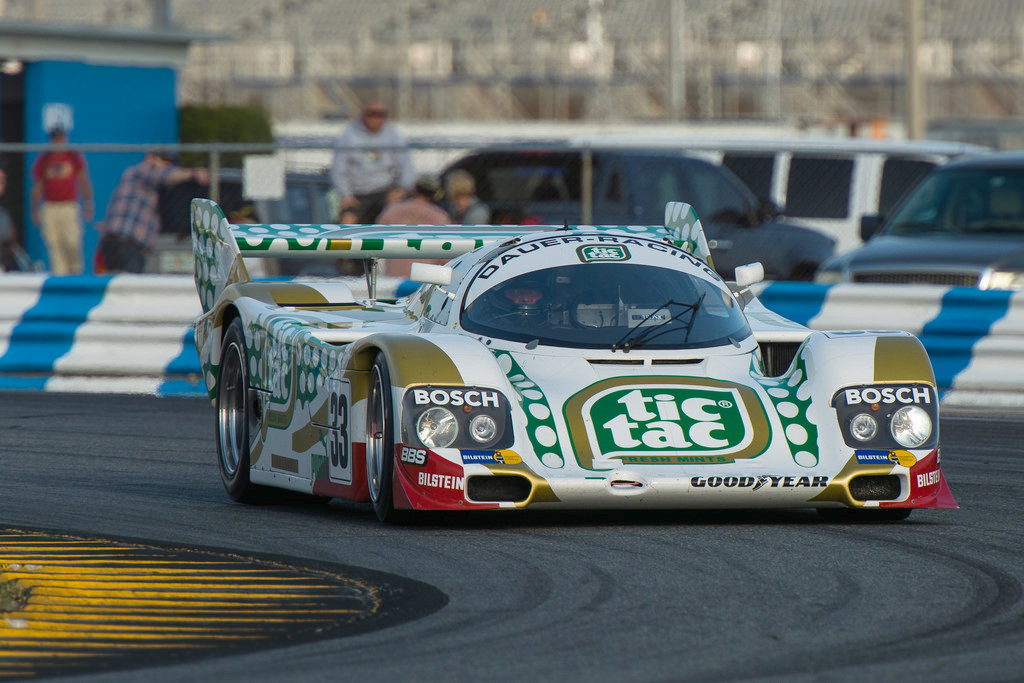 If there was a theme song for this weekend’s Classic 24 Hour At Daytona Presented by IMSA, it might be the 1978 Peaches & Herb hit, “Reunited."

Clearly, for drivers like Joao Barbosa, Didier Theys and Memo Gidley, this week’s Historic Sportscar Racing (HSR) event at Daytona International Speedway – as the song goes – “feels so good." It’s the same feeling for the many other drivers, teams and sports car racing fans as well.

Barbosa, the two-time IMSA WeatherTech SportsCar Championship Prototype champion and full-time driver of the No. 5 Mustang Sampling Cadillac DPi-V.R, this weekend’s Classic 24 provides a unique opportunity. He will climb back into the open cockpit of the 2007 Pescarolo 01 LMP1 race car he drove in the 24 Hours of Le Mans and other Le Mans Series races for Rollcentre Racing.

“This is the first time I’m doing the Classic 24," said Barbosa from the Daytona garage Thursday morning. “Just having the opportunity to see all the race cars still racing, that’s really good. I mean, that’s what they’re made for, right? You don’t want them to be sitting in the garage.

“Just to be able to drive the Pescarolo again after all these years – we had great memories racing it in Europe and at the Le Mans 24 with Rollcentre and Martin Short – it’s a fun weekend, for sure."

It’s a somewhat rare appearance at Daytona for the Pescarolo also, as it did not compete previously in the Rolex 24 At Daytona. Barbosa is savoring the opportunity.

“It’s been a while since I didn’t have a roof on top of my head," he said. “It’s good to remember that feeling, which was a great feeling, to have your head out and feel all the air going, but this car is super-fast here. It’s an LMP1, a lot of horsepower, a lot of downforce. It’s really quick around here, I have to say. It’s a really good car to be driving at Daytona."

Another good car to be driving at Daytona is the 2002 Dallara Judd LMP 900 from Doran Racing that two-time Rolex 24 At Daytona winner Theys is sharing with his former co-driver and longtime friend Fredy Lienhard – as well as Fredy Lienhard Jr. – in the Classic 24.

“This car has actually been sitting in Kevin Doran’s shop for many, many years, after 2003, that’s the last year we ran the car," Theys said. “That’s the car that I won the 2002 GRAND-AM championship in, in the last year of those prototypes."

Going beyond the car and the driver lineup, it’s a complete reunion for Theys and the Doran Racing team this weekend.

“It’s great to be here at Daytona again with the same car," said the Belgian driver. “It’s fun to see the old people. Actually, if you look at the team, we have the same people we used back 15 years ago. It’s always a pleasure to see the old faces."

In addition to fielding the Dallara, Doran Racing also is behind what is undoubtedly the comeback story of the Classic 24 At Daytona weekend. Memo Gidley, who was severely injured in a crash during the 2014 Rolex 24 At Daytona, is back behind the wheel at DIS for the first time this weekend, in a 2008 Ford GT he will share with Brad Jaeger and Lyn St. James.

Gidley returned to Daytona as an honored guest at January’s Rolex 24 At Daytona, and has since returned to racing, including the four-hour IMSA Continental Tire SportsCar Challenge race at Mazda Raceway Laguna Seca in September. This week, he takes another step.

“It’s been great," Gidley said. “Fortunately for me, I never really had a traumatic event here, even though I had a big accident, at least I thought I didn’t. When I went out (for testing on Wednesday), sure enough, I went through Turn 3 and heading into the kink and it’s not an issue, so that’s always good. It feels good.

“It’s just a fun and relaxing weekend," Barbosa said. “The car has the great potential to win the race, and if we can win it, even better, obviously, but it’s just a fun atmosphere. Everybody is pretty laid back, pretty relaxed, they just want to have a good time and a good weekend. It’s important that we bring the car back in one piece at the end of the day and just go out and have fun."

“There’s so many different types of cars, some I’m familiar with, because they were around when I was racing out here too, and I just like seeing people out having fun," Gidley added. “Everybody that’s out here is just having a good time driving these cars. Just being able to get session after session all week long, various races and then the historic 24-hour race, it’s awesome."

Theys simulated a typical conversation in the team transporter with his co-drivers at the Classic 24, which is likely similar to many other transporter, garage or motorhome conversations throughout the week.

“No pressure, just fun," Theys said. “’Do you want to go?’ ‘Yeah, you do next session.’ ‘No, I will do the next one.’ ‘Well, maybe you should do tonight. We didn’t drive at night for a long time.’ That’s it. That’s the spirit we have, and this is really enjoyable. I think it was like sports car racing 30 or 40 years ago."

So, if you’re a fan of sports car racing in the Daytona area, or can get there by the weekend, it’s worth checking out the Classic 24 Hour At Daytona Presented by IMSA. Tickets are available at the gate.

Chances are, you’ll be reunited with one of your favorite race cars or race car drivers, or maybe something else, like Barbosa. He’s wearing the same firesuit he wore 10 years ago when he last drove the Pescarolo.

“That suit still fits," Barbosa said. “It’s unbelievable. I was very happy to see that. It still fits after 10 years. I’m very proud."