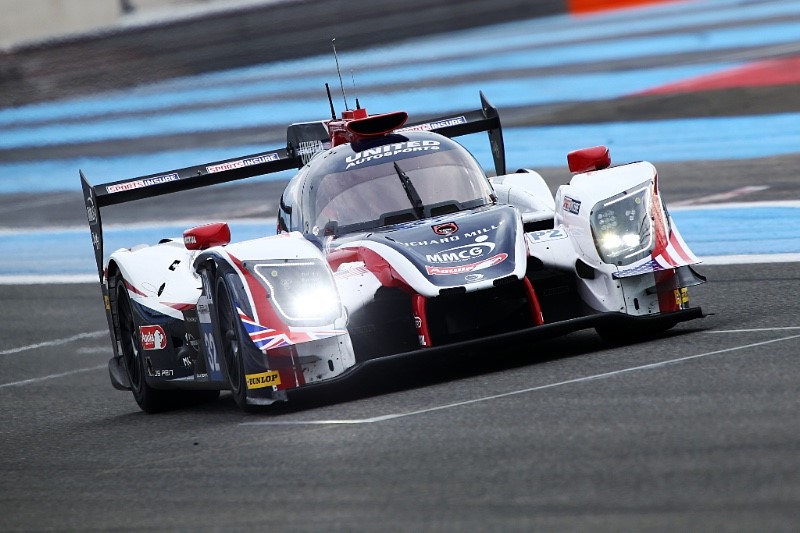 United Autosports completed a successful two-day test at Paul Ricard in Southern France which concluded today (8 Nov) in which the Anglo-American team ran its regular #32 European Le Mans Series chassis along with a second Ligier JS P217. Lando Norris and Paul Di Resta, both driving a sports-prototype and linking up with United for the very first time in preparation for the Rolex 24 At Daytona next January (27-28), acquitted themselves superbly, sharing the #32 Ligier.

Meanwhile one of the team and car’s regular pilots, Filipe Albuquerque, along with the Portuguese’s 2018 ELMS co-driver, Phil Hanson, shared a second Ligier and concentrated on further refining the JS P217 over the two-days. Both also clocked favorable lap times and accumulated important data towards next year’s ELMS program with Hanson also benefiting from further mileage in advance of his Rolex debut.

Almost 1,200-miles were recorded by both cars using the 3.63-mile Le Castellet circuit and also the track configuration without the chicane on the 1.12-mile-long Mistral Straight. Both cars completed their respective test programs which included short and long runs and double-stinting tires. Norris and Di Resta’s next appearance for United Autosports will be at the three-day Roar test in Daytona (5-7 Jan).

Zak Brown, Team Owner and Chairman, United Autosports:
“All in all a productive test in advance of the Rolex and next year’s ELMS. It’s been a good opportunity for Lando and Paul to acclimatise themselves with the Ligier for the very first time. By all accounts, both did a very good job, which comes as no great surprise to me. It was also beneficial for them to have Filipe and Phil on hand to pass on their experience of an LMP2 car. It was also an opportunity to welcome Phil into the United family for the first time and he too can only gain from the immense experience and prototype knowledge that Filipe offers."

Richard Dean, Team Owner and Managing Director, United Autosports:
“It’s been a great two-day test for us in terms of Daytona and next year’s ELMS campaign in which we aim to go one better and win the LMP2 title to go with our LMP3 championships from 2016 and ‘17. Phil and Filipe are gelling very well in advance of racing together in ELMS next season. Phil’s making good progress and is benefiting from Filipe’s input. Although Paul could only be with us for one day, it was nevertheless a valuable experience, likewise for Lando, considering their lack of sports-prototype experience before they arrive at the Roar in January."

Filipe Albuquerque (P): Born/Lives: Coimbra, Portugal. Age: 31
“Of course our aim is always to make the car quicker and we found some time by making a number of small changes. Working with Phil was positive again and I’m enjoying helping him to improve. By putting him in new situations with the Ligier will be of massive benefit. It was much cooler over the two days so our times were quicker than the ELMS race weekend here in August. What we learned this week will also help with United’s Daytona preparations."

Phil Hanson (GB). Born: London, UK. Lives: Sunningdale, UK. Age: 18
“It’s been another good, productive and positive test. I did a couple of new tyre runs as well as long stints. I did around 400-miles over the two days and my fitness is looking good which is good to know looking ahead to the 24-hour race at Daytona. My lap times have improved when on older tires which is also very encouraging. It was the first time I met Lando who I’m sharing the car with at Daytona. We spent time together out of the car so that was good as well. I’m moving forward with every test and already feel very at home with the United team."

Lando Norris (GB): Born: Bristol, UK. Lives: Glastonbury, UK. Age: 17
“I’ve really enjoyed the last two days. The Ligier is fun to drive and Daytona will be a blast! Running was limited and it’s a case of building my confidence in the car – I just need more miles which I’ll get at the Roar. Obviously, I know Fernando [Alonso] because of my McLaren program and so it was good to meet up with Phil who also shares the car at Daytona."

Paul Di Resta (GB): Born: Bathgate, UK. Lives: Monte Carlo, Monaco. Age: 31
“I could only spend the first day at Paul Ricard before I headed to Brazil [for the Grand Prix]. It was an interesting and good experience to see what the LMP2 Ligier is all about as the Rolex event is not that far away. It’s definitely a fun car to drive. It was the first time I have ever shared a car on a test day and despite the height difference with Lando, we worked well together, and it was really a good, fun day."