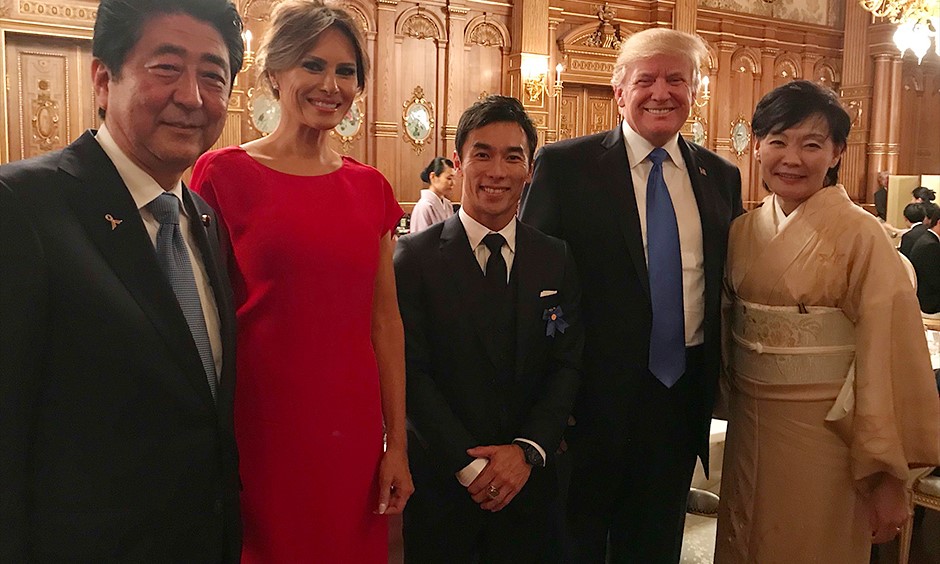 If Takuma Sato needed any proof that his win at the 101st Indianapolis 500 presented by PennGrade Motor Oil in May continues to reverberate in his native Japan, he got it today.

The Verizon IndyCar Series driver was an invited guest at a state banquet in Tokyo hosted by Japanese prime minister Shinzo Abe and his wife in honor of U.S. President Donald Trump’s visit to Japan.

The banquet was held at Akasaka Palace, the Japanese government’s official guest house. The palace, which was built in 1909, is considered a national treasure of Japan.

Sato became the first Japanese driver to win the Indianapolis 500 in May. He also became just the 33rd recipient of the Japanese Prime Minister’s Award earlier this year.

At the dinner Monday night in Japan, he was able to catch up with golfer Isao Aoki, who Sato tweeted was actually Japan’s first Brickyard winner.

Aoki won the Champions Tour’s Brickyard Crossing Championship at IMS in 1994 and was mentioned by both Abe and Trump in their formal remarks.