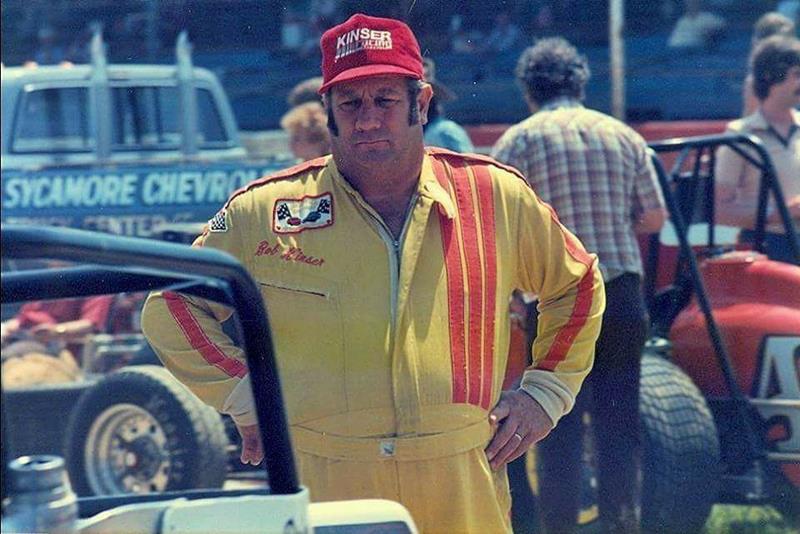 Bob Kinser was inducted into the National Sprint Car Hall of Fame in 1999 and was reported to have won 29 track and series championships and more than 400 features during racing career that spanned more than 40 years. His career began at Bloomington Speedway, racing jalopies. He eventually moved on to race modifieds, supermodifieds and sprint cars throughout the Midwest.

During the 1970s, ’80s and ’90s, Bob Kinser competed with a wide variety of sprint car organizations, including American Speed Association, IMCA, Midwest Outlaw Super Series, All Star Circuit of Champions, California Racing Association, USAC and the World of Outlaws.

Bob Kinser’s last race was aboard Gil Sonner’s Casey’s General Stores No. 47 in the 1996 Goodyear Masters Classic at Knoxville.

In 1981, Bob Kinser was elected to the Hoosier Auto Racing Fans Hall of Fame.

Bob’s sons Steve and Randy and grandson, Kraig, all became successful sprint car drivers and Steve has joined his father in the National Sprint Car Hall of Fame.