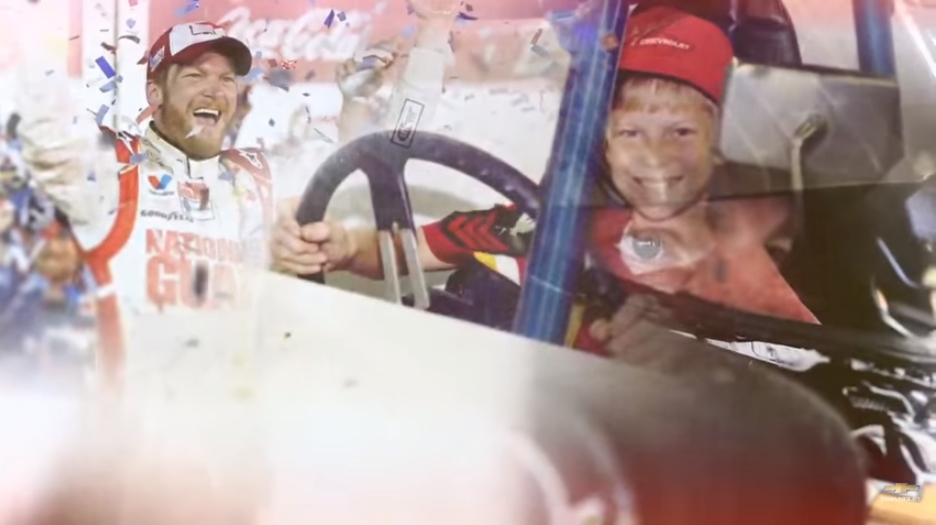 This weekend, Chevrolet is taking the opportunity to pay homage to Dale Earnhardt Jr., a key member of the Team Chevy family and a NASCAR fan favorite who is retiring at the end of this race season. The brand will debut a new TV spot celebrating the major milestones in Earnhardt Jr.’s 22-year professional racing career during the broadcast of the Monster Energy NASCAR Cup Series AAA Texas 500 at the Texas Motor Speedway.

The 30-second spot, called “What a Ride," features a collage of memories from Earnhardt Jr.’s career, including never-before-seen photos, and footage from defining moments like his two Daytona 500 victories and his 26 race wins.

“We have been so fortunate to have Dale Earnhardt Jr. as part of the Chevrolet family," said Paul Edwards, U.S. vice president of Chevrolet Marketing. “His ‘Never Give Up’ attitude and true passion for performance are the same qualities that drove Louis Chevrolet to race more than a hundred years ago, and still drive us today to innovate and win."

Earlier this year, during his retirement speech, Earnhardt Jr. affirmed his loyalty to the brand: “It’s an honor to carry the Chevrolet bowtie on my cars. And I don’t just mean that on the race track — I’m Chevrolet for life."

The new TV spot will air for the first time this weekend on the NBCSN broadcast and continue to be shown through the year-end championship banquet celebration in Las Vegas.