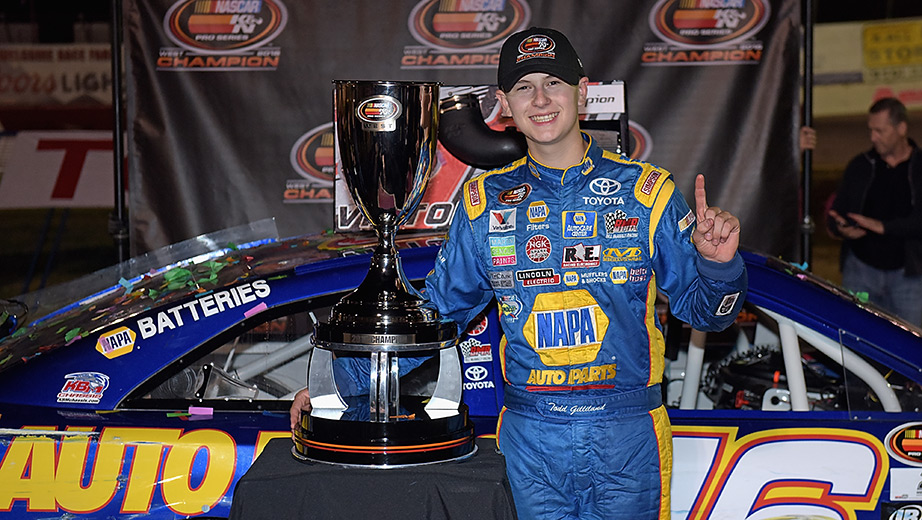 “We’re very proud of Todd’s championship run this year – his second-straight title run – and we’re glad he’s driving a Toyota," said Keith Dahl, motorsports general manager for Toyota Motor North America (TMNA). “Toyota has had some incredible young talents work their way through the NASCAR K&N Pro Series ranks, and Todd Gilliland is as impressive as any. For Toyota, it’s important for us to help give young drivers the opportunity to advance their careers, and we’re honored to be associated with up-and-coming champions like Todd and East champion Harrison Burton."

The son of former Monster Energy NASCAR Cup Series driver David Gilliland, Todd becomes the first driver since 2005 to win back-to-back NKNPSW championships. Gilliland also captured the 2016 NKNPSW championship in his first full-time season competing in the series. The 2017 title was clinched on the strength of six wins and 13 top-10 finishes in 14 series starts this season.

“It was a great year," said Gilliland. “Young kids like me, we just want to race as much as we can. Being able to come out here to the West Coast is very special to me, with all our family out here. I’m not sure what next year is going to hold, but these championships definitely help."