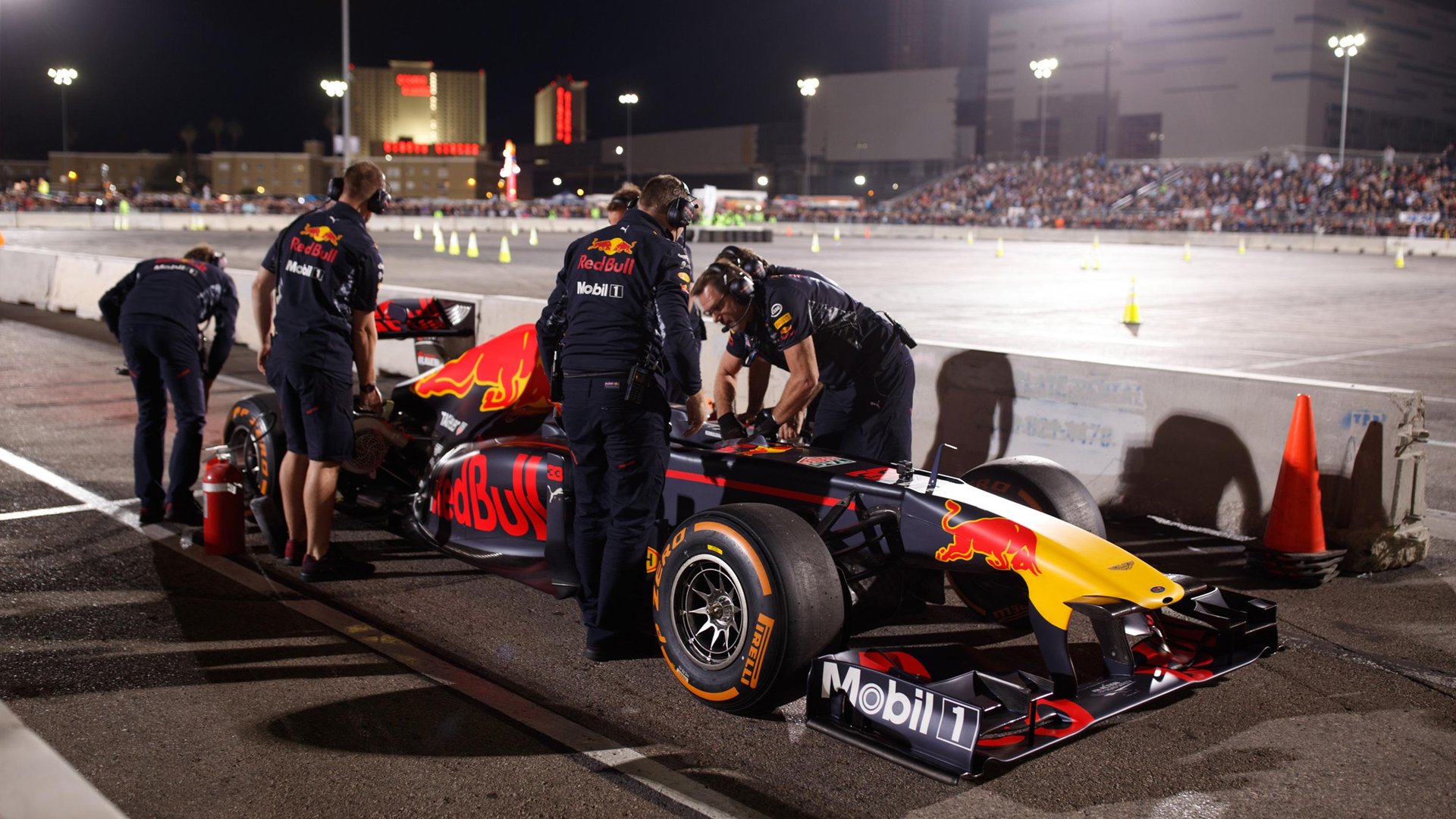 If you’re in the business of enhancing, modifying, accessorizing or improving automobiles then the annual SEMA show in Las Vegas is the holy grail of events. A festival of all things spectacularly shiny, ridiculously powerful and deafeningly noisy, this year’s SEMA show brought some 160,000 people to the sprawling Las Vegas Convention Center to celebrate the art and craft of building amazing machinery.

So, what better place to show off what is the ultimate in bespoke car creation –a brace of double title-winning F1 cars, with one piloted by a driver fresh from his third career grand prix win, Max Verstappen.

Thanks to our lubricant partner Mobil 1, who had a major presence at SEMA, we brought two 2011 Drivers’ and Constructors’ Championship-winning RB7s to the show, with Max jetting in after his Mexican GP victory celebrations to meet fans.

Arriving in the early afternoon Max first made his way to Mobil 1’s huge stand where he spent several hours conducting signings, meeting a multitude of fans and doing interviews. He also took time out to visit the Pirelli stand to sign even more autographs.

Max also took part in the SEMA show parade, a three-hour driver-past of the Las Vegas Convention Centre featuring 1,100 car. Max was initially at the wheel of an Aston Martin but moved to the passenger seat after handing over the controls to talk show legend Jay Leno who drove the grand prix winner to our marquee where Max gave car fanatic Leno a guided tour of the RB7.

It was then time for the main reason for Max’s visit, the show’s closing ceremony, SEMA Ignited, and after two days of firing up the RB7s for fun – including playing the US national anthem on a couple of howling V8s – it was finally time to run the car in anger.

And Max didn’t disappoint the 25,000 people gathered for the event, blasting the RB7 around a specially constructed track in the convention center’s car park in two floodlit sessions. After ripping through a series of burn-outs, powerslides and the obligatory donuts, Max took more time to head out into the crowd to sign even more autographs and meet fans.

Following the show stopping demo the Mexican GP winner branded Mobil 1 and the team’s presence at SEMA a huge success.

“First of all, thanks to Mobil 1 for bringing us here to SEMA, it was amazing, and to do donuts here in front of so many passionate fans here in Las Vegas was great. I really enjoyed it," said Max.

“The RB7 is always good to drive. It’s great car and has such an awesome history," he added. “I think this is also the first time I’ve done a show run under floodlights. Granted the colored visor made things look a bit weird but it was cool!"

And the final verdict on bringing the ultimate specialist automobile to the world’s biggest specialist equipment exhibition?

“Just great. I think America loves speed, the noise of the RB7," he smiled. “They love big engines, and I think Vegas is the perfect place to be for that."