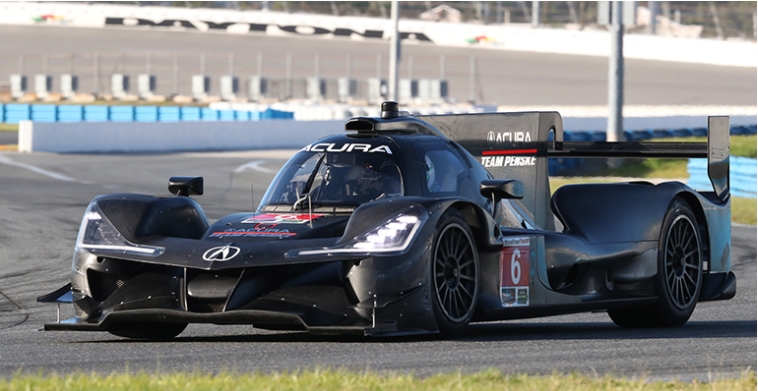 The inherent all-star flavor of the Rolex 24 At Daytona has become a tradition, one that will be especially well-served on Jan. 27-28 at the 56th running of the sports car endurance classic at Daytona International Speedway.

Castroneves and Montoya are former Indianapolis 500 champions who will drive full-time this year in the WeatherTech Championship with Cameron and Taylor, Prototype class champions the last two seasons. In addition, Pagenaud and Rahal are IndyCar Series regulars on board for the Rolex 24.

“When you’re talking about [events like] the DAYTONA 500, the Indy 500, the Super Bowl … the Rolex 24, for the IMSA series, is definitely one of those," said Castroneves. “It’s the big one. If you’re going to win one race this is where you want to make it happen. Plus it’s a challenge. It is big and that’s why we’re here testing. We want to prepare as much as we can."

Further adding to this year’s all-star appeal is the entry of two-time (2005-06) Formula 1 champion Fernando Alonso, who will co-drive a Ligier LM P2 Prototype for United Autosports.

“Fernando is in kind of the same boat as myself," said Montoya, who also has raced in F1 and NASCAR. “He’s wanting to try a lot more racing. And he’s passionate about racing."

“I think the reliability of the car has been unbelievable," Montoya said. “We have no issues. Acura came out with an engine that just runs.
“It’s great to see and I think it’s very important. Pace, we’ve still got to work on it a little more, but I think it’s still early days for the car."

Helio Castroneves explains that part of the test has been in order to help he and Montoya get more accustomed to the car and learn from teammates Ricky Taylor and Dane Cameron who have much more experience in sports cars than the open wheel aces.

“Ricky and Dane, they are champions in the series," Castroneves said. “Actually, they have more experience than me and Juan Pablo as well.

“So now, going through that transition, I’m glad to have those guys to be able to smooth it out. I’m excited. I’ve got the champ in my car, and Juan Pablo also has a champ in his car.

“It’s fun. We’re the older guys, but at the same time, we’re rookies. There’s nothing wrong with learning, always, and especially with those guys."

Acura Team Penske and other WeatherTech Championship teams will return to DIS on Jan. 5-7 for the annual Roar Before The Rolex 24 – the official preseason test sessions on the 3.56-mile DIS road course.