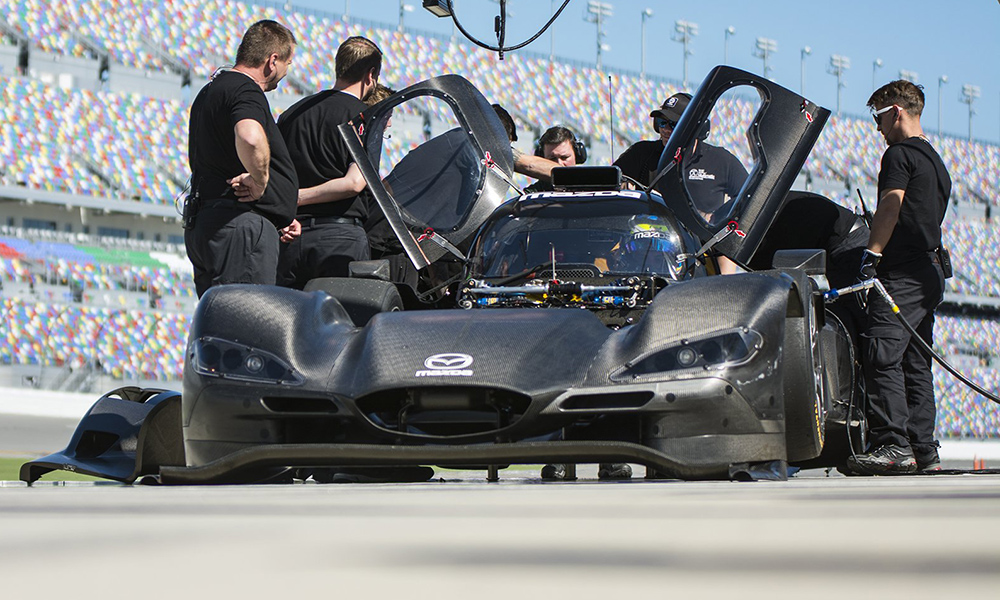 Mazda Team Joest has begun its U.S. testing program with a heavily revised Mazda RT24-P this week at Daytona International Speedway, as they prepare for the program’s debut in January’s IMSA WeatherTech SportsCar Championship season-opener.

The two-day test, which kicked off on Tuesday, has seen Tristan Nunez, Jonathan Bomarito, Joel Miller and Spencer Pigot share driving duties of the car, which has undergone significant updates from Multimatic in recent months.

“It seemed like the car was a lot more compliant. It’s easier to drive. It wasn’t doing anything ‘evil.’

“You knew what it’d do, and it did it every time. At times before, you didn’t know what you were getting yourself into. Now it’s a lot more confidence-inspiring."