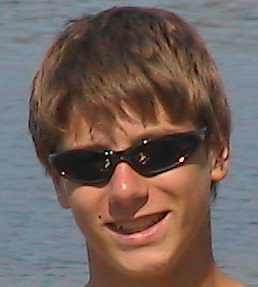 15 year-old Formula BMW USA Junior scholar Maxime Pelletier will begin his open wheel career in three weeks in Mid-Ohio but a rumor has it this talented young driver will benefit from the major sponsorship of a large European corporation for 2007.

Pelletier, who was born in France but immigrated to Quebec in his childhood, holds both citizenships and the important funding, in excess of a million dollars, will come from Europe, providing him with extensive testing in the winter season to nurse his skills until the next season starts. There could be discussions going on to implement a multi-year program to support the young Montreal driver.

In 2006, Pelletier will drive for Gelles Racing who sends a squadron of six cars in this series. He has shown a lot of speed in Road Atlanta and Virginia where official testing days were held so far, posting regularly times in the Top Five. His goal is to become the best rookie in this series, but he might also vie for a few podiums along the way.

Maxime Pelletier is happy with Gelles Racing right now and he works very hard with his engineers to put his BMW in front. He focuses on developing his skills with his team and the Education and Coaching program that the BMW series provides scholars. Experts agree this is still the best way to start a career in open wheel.

But back to business, Pelletier is testing with his team this weekend at Carolina Motorsports Park, the last two mandatory testing sessions for the BMW teams before they head to Mid-Ohio for the first double header of the season.

Gelles Racing has six cars entered in the Formula BMW USA this season with drivers from four countries and two cars in the Atlantic Champ Car series. You may visit www.gellesracing.com or www.maximepelletier.com