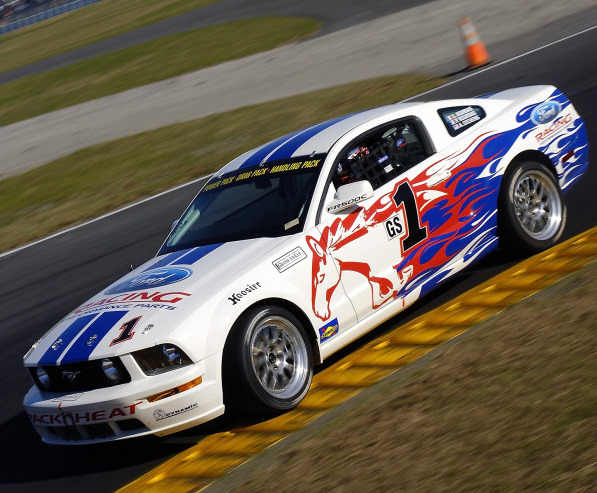 If rumors are to be believed, Ford's Dan Davis would like to start a spec TransAm-like series using souped up versions of the Mustang FR500C (right) raced in the Grand-Am Cup Series. The $125K FR500C makes 420-HP and this new $200K 550-HP Mustang, the brainchild of Ford Motorsport boss Dan Davis, was lapping Long Beach last weekend just 10 sec. per lap slower than the Daytona Prototypes. It's a serious race machine that Davis wants to sell to anyone who wants to go racing and has a valid race driving license. Word is he is talking to Champ Car about possibly sanctioning the series.