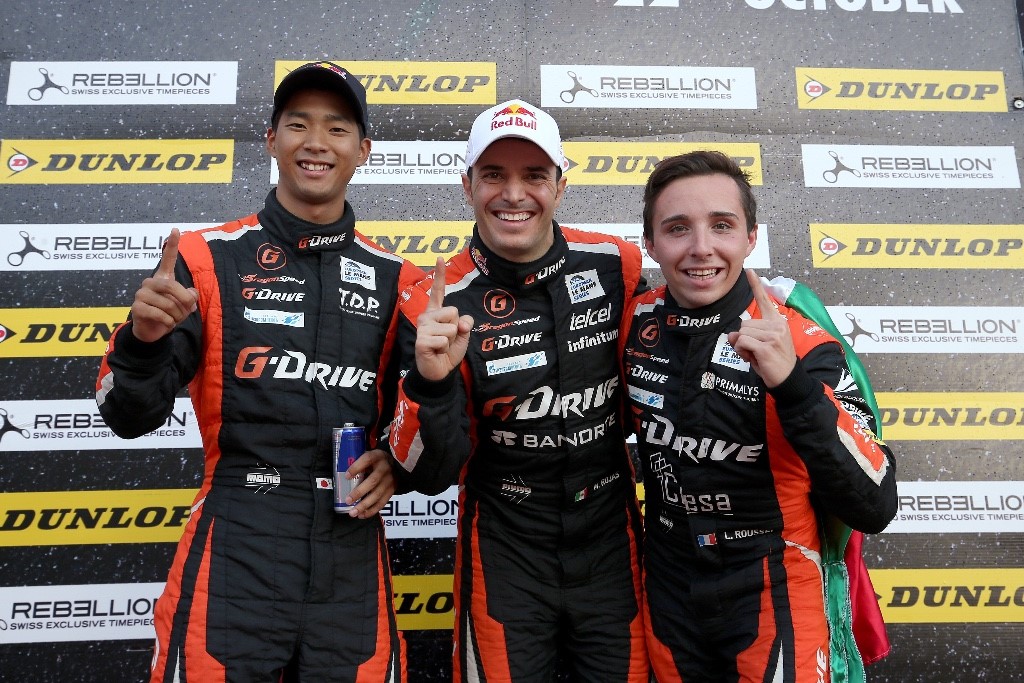 Newly crowned European Le Mans Series LMP2 champions 10Star DragonSpeed are wasting no time in charting their next step up the endurance racing ladder, today announcing their intention to contest the LMP1 class of the 2018-2019 FIA World Endurance Championship.

The next WEC calendar has been dubbed its ‘Super Season’ and will feature visits to classic venues at Spa-Francorchamps (twice), Silverstone, Fuji Speedway, Shanghai, and Sebring, as well as both the 2018 and 2019 editions of the famed Le Mans 24 Hours. The schedule will facilitate the WEC’s transition to a fall-spring season culminating at Le Mans each year.

Sweden’s Henrik Hedman, 10Star DragonSpeed team patron and driver since 2014 (as well as the last Bronze pilot to win an ELMS race), and 32-year-old British star Ben Hanley, back for his third season with the team, are confirmed as two of the three drivers for the program. The team is evaluating a range of chassis, engine, and third driver options, and looks forward to getting in on the ground floor of the revised LMP1 category, whose future regulations are due to be unveiled in December.

10Star DragonSpeed team principal Elton Julian said: “The whole team is thrilled and up for the challenge. Having won sportscar titles in GT3 and LMP2, the natural progression for our highly talented and motivated crew is to move up to LMP1. We’re carefully studying potential partners who can help us put together a program which will deliver the progress and success we want for DragonSpeed. Everyone is on the same page in terms of the package and approach we need, and we can’t wait to get started."

“I look back to 2005, when I first drove at Le Mans," continued Julian. “You had a single works team with Audi plus a great supporting cast of privateers running six different chassis and four different engines. In fact, the pole went to one of the privateers. If Toyota continues – and we all hope they will – I think over the next couple of years we can bring back that variety and tradition of privateers being genuinely competitive in the top class."

Henrik Hedman said: “The chance to progress to the premier level of endurance racing with such a successful and close-knit group made this an easy decision. Step by step, we’ve grown together and achieved a lot. I applaud the ACO and FIA for the new schedule and the opportunity it has created. I'm committed to preparing myself and applying everything I’ve learned over the past few seasons to racing the new generation of LMP1 cars with Elton and the team."

Ben Hanley added: “I’m really happy to continue with DragonSpeed on its journey. Moving up to the WEC and LMP1 is a great chance for us to fight for overall podium results, especially at Le Mans given the issues the hybrids have had there the last few years. Henrik never stops improving and his commitment is an inspiration to the entire team. Having enjoyed one-off drives with a few WEC LMP2 teams this season, I can say for certain that DragonSpeed are up to the job."