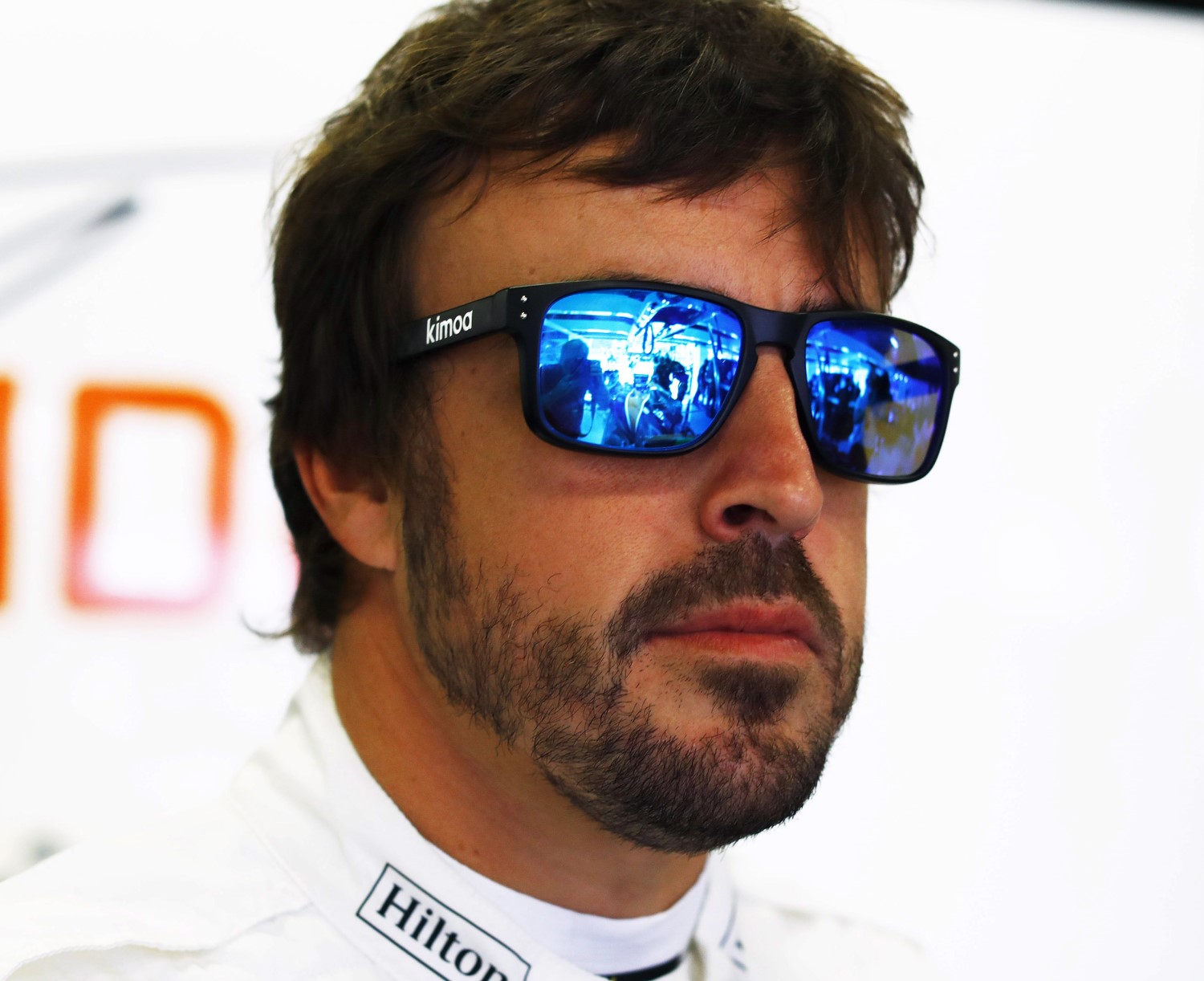 Here’s a Q&A dailysportscar.com did with Fernando Alonso following this week's news that he will be racing with United in the 2018 Rolex 24 Hours at Daytona in the prototype class with Lando Norris and Phil Hanson.

Have you ever been to Daytona before and what do you know about the track?
“I have never been in Daytona before, this will be the first time, I have been watching some of the videos of the past races. Happy to join this adventure, United Autosports has been recently champions in the European Le Mans Series. I know Zak very well and it will be a nice experience."

How much of this Daytona adventure is about purely about enjoying Daytona and how much of it might be about getting yourself prepare for a future run at the 24 hours of Le Mans.
“Some is pure Daytona fun. I know that it could be useful for the future, first time in a Prototype car, some nice experience in traffic, in night racing and it will be maybe useful for the future if I enter difference races. But for right now my full concentration, my full motivation is to do well in Daytona. As I did at Indianapolis even if I don’t have experience, when I close the visor I will go for a win and that is what matters now."

Is it going to be difficult for an open-wheel driver such as yourself to put up with compromises in the handling to suit your co-drivers?
“No, I don’t think so. I think the biggest thing for sure is going to be to adapt to this driving style which I’m sure is going to be different. Different ways of driving and I’m sure different times of day as well with sunset, the night and the day, and especially in traffic. Different tires as well with different characteristics, and that’s probably the biggest challenge. To give the car to my teammates I think is part of the fun as well and part of the teamwork that you have to learn. This going out again of my comfort zone and trying something really new for the first time, and learning something from the very first moment, is great for me as a driver and part of the excitement of the challenge."

You’ve had some great experiences in the United States this year, can you see yourself running full time in the U.S., if not in 2019, sometime before the end of your career?
“It’s possible, yes. I think right now my priority is Formula One and that’s why I partnered together with McLaren next year together with Renault power unit. I think is going to be a great challenge for us and a nice opportunity to fight for the world championship in Formula 1 and that’s my first and only priority now. Long-term projects are not closed yet, they’re still open and my experience in the Indy 500 showed me how much fun I have in American racing, how much love I get from the fans, and it’s something I may consider in the future."

You’ll have the chance to co-drive with Lando Norris, what is your relationship with him and how do you look forward to sharing the car with him?
“I have a great relationship from the very beginning of this year where Lando joined McLaren and helped us in the simulator. He already tested the Formula 1 car in Hungary. Yeah, we are in close contact. We have also some chats in the last week about some go-kart racing that we were exchanging some text messages all week long. Yeah, we are in close contact and I think it’s going to be great for both to share the car, to keep spending time together because obviously he’s not only helping us in present time as a teammate and all the testing he’s doing for McLaren it will help us also in the future because he’s a great talent and great drive for McLaren. He’s very important for us. Lando has the talent and has everything to succeed in the future."

Can you give us some background on how this deal together?
“The decision to remain with McLaren was completely independent. It was the very first thing we did and it was my only priority in that moment. Once we completed the McLaren deal, I approached Zak. I was interested in this race. I have a very good friend of mine, Antonio Garcia, racing for Chevrolet for many years and I think he’s the champion this year of the GT category. I spoke with him as well and I asked how was Daytona and how was that race and you know exploring this possibility.

“I knew Zak had a seat still open and I approached Zak and I said, ‘Zak, what if we do something together for Daytona?’ I know Zak shares my vision also of motorsport, a much wider vision and exploring different opportunities that would be a win-win situation for McLaren as a team, as a name, as a brand, also for myself. I think that came together very quickly and the next two days, we agreed on everything."

Will you get any seat time in the Ligier in Europe before the Roar test in January?
“I think it’s still ongoing, some of the preparations that we will do. I think I will have a chat this weekend with Zak and some of the United Autosports members. Yeah, the plan is to maybe have a seat fit and some preparations with the team, hopefully before the end of the year, and then maybe a test somewhere in Europe. After that we’ll head to the Roar test at the beginning of January in Daytona. That will be, probably, the real first test and the real first opportunity to run with other cars on track and discover the circuit of Daytona. The Roar should allow me to learn the circuit and about the traffic, pit-stop procedures, driver change. It’ll be the same for Lando [Norris] and Paul [Di Resta]. But we will try to help each other."

Why compete in the Rolex?
“I love racing, I’m a racer, and I like to race every weekend. I’m happy to combine some iconic races with Formula 1. I want to be the best [race] driver in the world. To race at Indianapolis and Daytona within less than a year of each other is pretty amazing. It’s important for me personally to get these new challenges. To keep improving as a driver you need to challenge yourself and go out of your comfort zone. I’m very excited to be racing at Daytona and in the U.S. Hopefully we can do well but I will enjoy the experience whatever happens. It will be the first time I’ve driven a sports-prototype and it should be a nice experience but very much a learning experience. I will have to learn many things from zero. But I do not go there to participate. I go there, like any race, to win it. I will try to have simulator tests before in many different conditions, night and day, and different weather." Dailysportscar.com