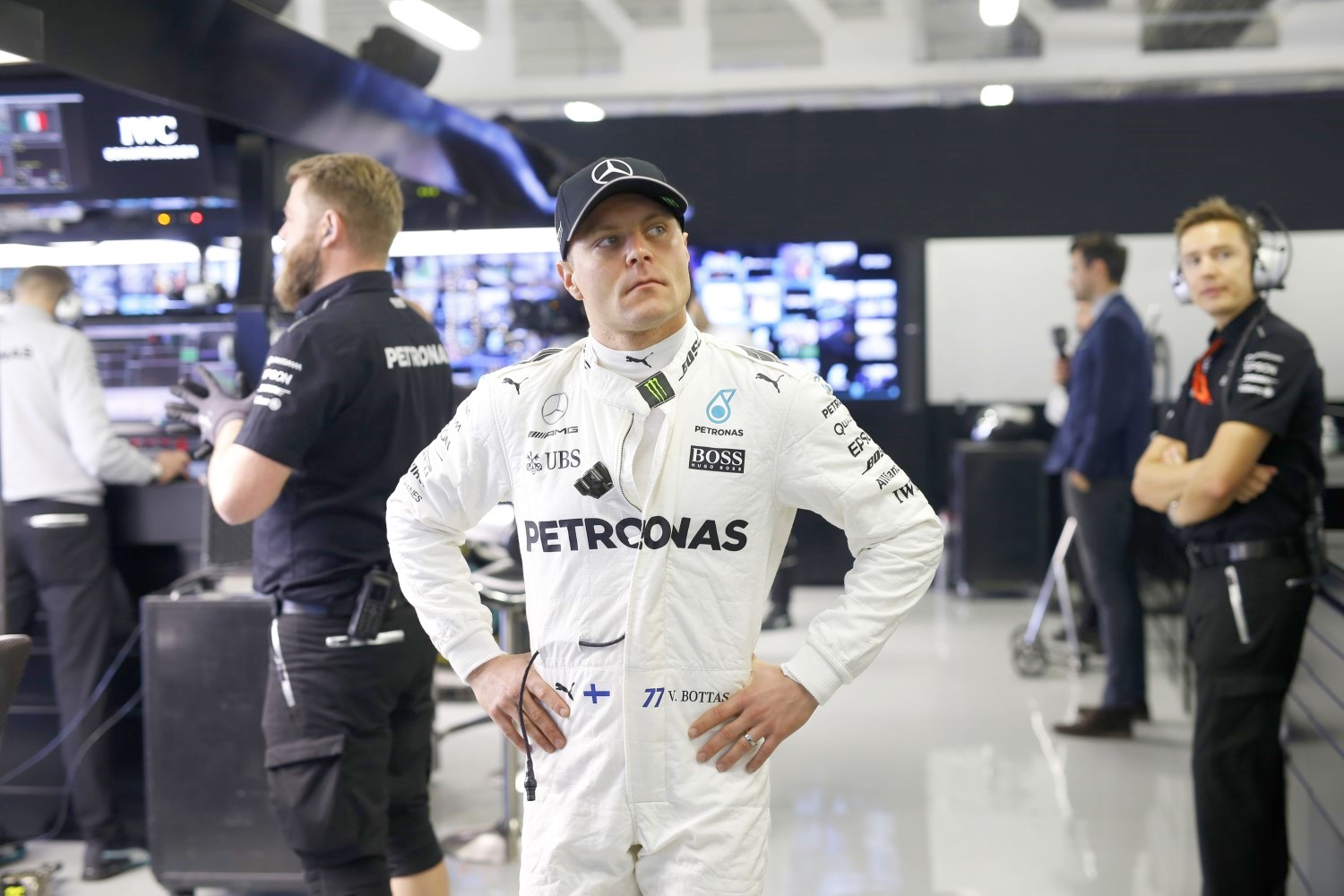 On a dusty track where opening practice is not indicative of true speed, the Mercedes duo of Valtteri Bottas and Lewis Hamilton ran 1-2 in opening practice for the Mexican GP. However, they set their fast time on ultrasoft Pirellis, whereas Red Bull and Ferrari stayed on the harder Supersoft tires the entire session

We should get a far better idea of the real pecking order in FP2 later on this afternoon when the track is cleaner.

The Red Bulls of Max Verstappen and Daniel Ricciardo ran 3rd and 4th while the Ferrari of Sebastian Vettel rounded out the top-5.

It was particularly good news for Red Bull – both Max Verstappen and Daniel Ricciardo finished within 0.6s of Bottas, which is less than the estimated delta between the ultrasofts used by Mercedes and the supersofts that both Red Bull and Ferrari elected to stay on.

Ferrari's Sebastian Vettel wound up fifth, a few tenths ahead of team mate Kimi Raikkonen. Both men had minor offs – as did Hamilton – while Verstappen experienced an early end to his session due to a fundamental set-up change.

There was worse fortune down at Force India: Mexican Alfonso Celis, standing in for Esteban Ocon, hit the wall exiting Turn 16, damaging the rear of his car and triggering a brief red flag period. He too was unable to rejoin, winding up 19th overall – just ahead of Stoffel Vandoorne, whose McLaren was struck by early engine gremlins that limited him to just three laps. Bottas in contrast was the morning's busiest runner with 41, with his benchmark time the fastest ever recorded on the current layout of the Mexico City circuit.

In what was a very exploratory session, Antonio Giovinazzi was the leading ‘substitute’ driver, taking Romain Grosjean’s Haas to the 15th fastest time, ahead of Charles Leclerc in Marcus Ericsson’s Sauber and Sean Gelael, who briefly spun Pierre Gasly’s Toro Rosso.

Toro Rosso’s other runner, Brendon Hartley, competing in his second ever event, met with troubles that momentarily stopped him at Turn 4 halfway through. He managed to get going again but spent the rest of the session in the garage.