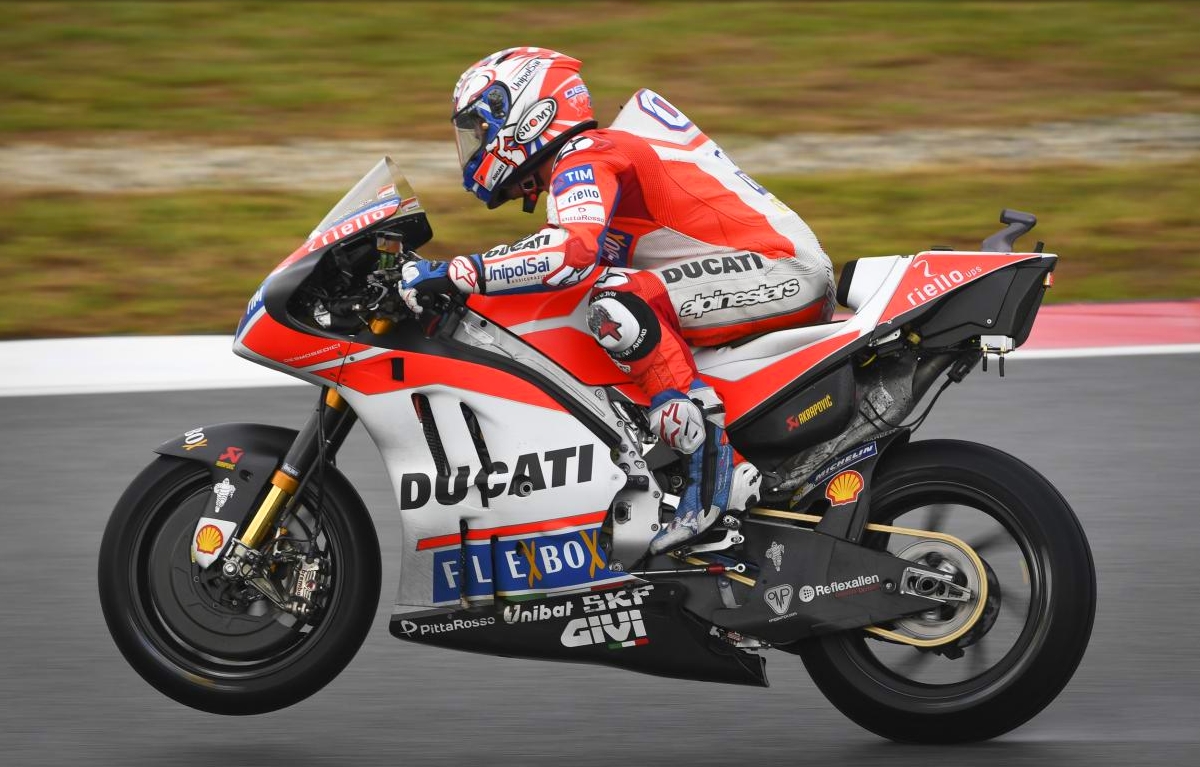 Andrea Dovizioso (Ducati Team) was fastest in FP1 at the Shell Malaysia Motorcycle Grand Prix, heading to the top late in FP1 in the dry – and the Championship contender backed it up in a wet FP2 to again head the timesheets. Key rival Marc Marquez (Repsol Honda Team), who goes into the weekend 33 points clear of the Italian, was fifth in FP1 in the dry and therefore overall – and second to Dovizioso in the wet. The reigning Champion had a number of moments on Day 1, but didn’t suffer a crash.

With the morning session being quicker due to weather conditions, Andrea Dovizioso led the way from Alvaro Bautista and Johann Zarco

Second overall after a last dash in FP1 was Alvaro Bautista (Pull&Bear Aspar Team), followed by Rookie of the Year Johann Zarco (Monster Yamaha Tech 3). Zarco suffered a crash in the afternoon, but it was a lowside after which the Frenchman was soon on his feet. Maverick Vinales (Movistar Yamaha MotoGP) was fourth, ahead of Marquez.

Cal Crutchlow (LCR Honda) took sixth in the dry, ahead of an impressive first day for Karel Abraham (Pull&Bear Aspar Team) and Hector Barbera (Reale Avintia Racing). Dani Pedrosa (Repsol Honda Team) took ninth after an early clutch problem that significantly dented track time for the Little Samurai, ahead of Jorge Lorenzo (Ducati Team) completing the top ten. Lorenzo was third in the wet in the afternoon, the same half second off Marquez as Marquez was off Dovizioso at the top.

It was a notable first day for Michael van der Mark as he rode a MotoGP bike for the first time, putting the Monster Yamaha Tech 3 machine in P19 in both sessions. In the dry, the 2014 World Supersport Champion was only 2.8 seconds off Dovizioso at the top of the timesheets in FP1.