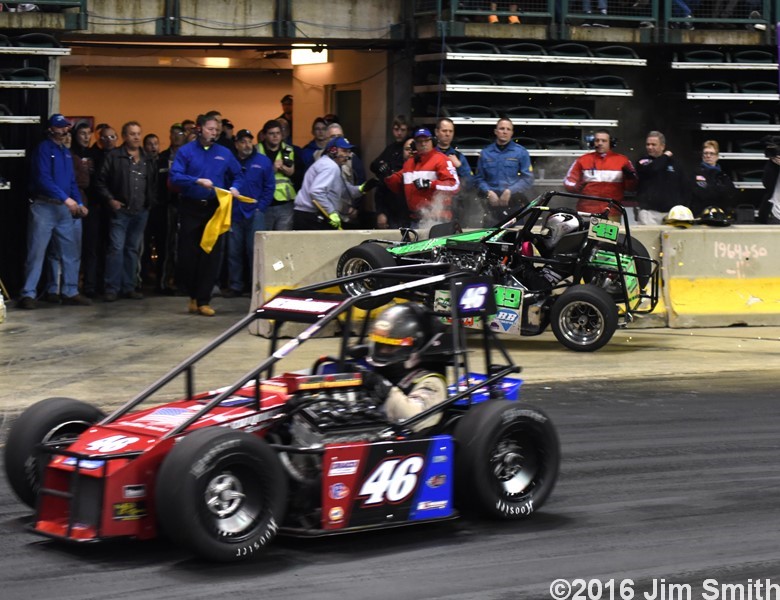 TRENTON, NJ -. Len Sammons Motorsports Productions has announced that its much anticipated first annual East Coast Indoor Dirt Nationals inside the CURE Insurance Arena in Trenton, N.J., on Friday and Saturday, December 1-2, 2017 will have a pre-race practice session on Thursday, November 30.

“So many of the teams who have been entering the East Coast Indoor Nationals have asked about the possibility of getting some extra practice," promoter Len Sammons said. “We’ve waited until we were secure we’d have the clay installed properly we’re all set-up and ready before announcing it’s a go for Thursday evening."

While the East Coast Indoor Nationals is a brand new event, the CURE Insurance Arena (formerly Sun National Bank Center), has hosted TQ Midget racing for the past four years on the arena’s concrete floor.

Dirt wingless 600cc Micro Sprint entries are continuing to pour in and have already been received from competitors in New Jersey, Pennsylvania, New York, Delaware, Connecticut, North Carolina, Massachusetts and New Hampshire. More than 75 are confirmed; only 100 are being accepted.

“Any Micro team that has been considering running in the East Coast Indoor Dirt Nationals should not delay doing so to avoid being shut out," Sammons said.

“While we would like to be able to take an unlimited number of entries, the pit space restrictions at the CURE Insurance Arena limit what we can accept."

Teams interested in the Thursday practice session can enter the building at 5 p.m. Practice will be held from 7 p.m. until 10 p.m. Cars taking part in the practice must be presented for inspection first with empty fuel tanks and proper car and driver safety equipment before allowed to get fuel at the event. A Bridgeport Speedway 2017 inspection sticker will expedite the process. Cars can remain inside the Center and trailers parked outside for the remainder of the event. An event two-day pit pass will be accepted for admittance. Teams will be charged $50 per car to practice.

The race, the first of its kind in New Jersey, is being produced by Len Sammons Motorsports Productions as one of four Indoor Auto Racing Series Fueled By VP Racing Fuels events. It will be the only race on the events held on a clay surface and it will not count towards the overall series point championship.

The racing schedule will tentatively call for heat races with passing points and four A-qualifier feature races on Friday night. On Saturday it will be “alphabet mains," with racers having the opportunity to advance from F, E, D, C and B-mains to the 40 lap “A" feature.

The agenda calls for racing to start at 7 p.m. on Friday and 5 p.m. on Saturday.

Saturday’s A-main will pay its winner $5,000 to win (for those enrolled in the Gamblers program). Fifth place pays $1,000. Twenty four starters will take the green flag in the A-main, with $200 offered to start the event.

Oliver Communication Group (OCG) of Bordentown, N.J. has signed on as an associate sponsor of the event. Other sponsorship packages remain.

Tickets for both days of the event are available at the CURE Insurance Arena Box Office or by phone at 800-298-4200. Further information is available at indoorautoracing.com, email to motorsports@aarn.com or by calling 609-888-3618.