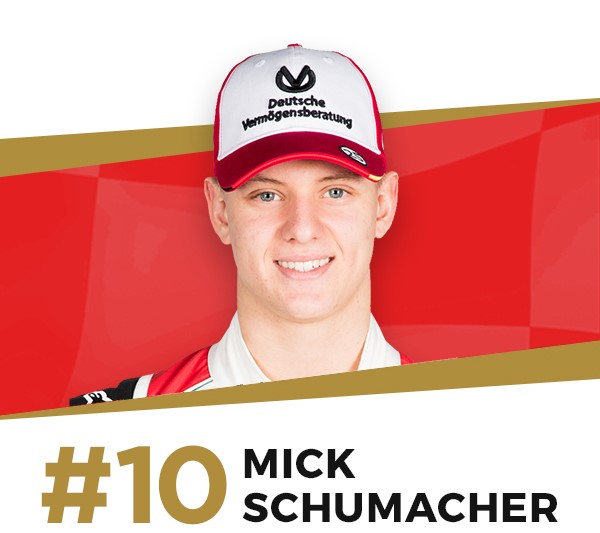 A high-caliber four-car line-up has today been announced by SJM Theodore Racing, as it launches its annual assault on the world-renowned Macau Grand Prix.

Maximilian Gunther, Callum Ilott, Zhou Guan Yu and Mick Schumacher will compete for SJM Theodore Racing by Prema as it looks to regain the coveted title and secure a record ninth Macau GP, having last won the blue riband event with Felix Rosenqvist in 2015.

Sociedade de Jogos de Macau, S.A. (“SJM") will once again return to the Macau Grand Prix as the title sponsor and official partner of Theodore Racing, and ICBC (Macau) will continue to be a promotion partner.

The SJM Theodore Racing partnership started with tremendous success in 2013, with the team winning the 60th Macau Grand Prix with Alex Lynn, before the team went on to celebrate a further triumph in 2015.

This year’s chosen quartet of drivers have already contested the regular season for the team during its FIA Formula 3 European Championship campaign. Some standout individual results, as well as impressively winning the Teams’ Championship, have left the squad in buoyant mood ahead of this headline event.

Gunther ended the FIA F3 season on a high by taking victory – his fifth of the year – in the final race at Hockenheim, as the German secured third in the overall standings on home soil. This will be Gunther’s second time running in the Macau Grand Prix.

Ilott, who was last week confirmed as a Ferrari Academy Driver, took an impressive six wins on his way to fourth in the championship, and his undoubted pace suggests he will also be a major contender in Macau.

Zhou, also a Ferrari Academy Driver, completed his European season with yet another podium finish – his fifth overall – and the Chinese ace will be aiming for glory at his second race in Macau.

Schumacher – son of seven-time Formula 1 champion Michael – is contesting his rookie F3 season, and continues to show rapid progress at this high level of competition.

Now with the team’s ultra-competitive driver line-up confirmed, SJM Theodore Racing will be gunning for glory when the 64th Macau Grand Prix takes place between 16-19 November.

Dr. Ambrose So, Chairman of the Board of Directors of SJM, said: “We are proud of our association with Theodore Racing in the Macau Grand Prix. With this line-up of four outstanding drivers, we look forward to another year of spectacular success. As a long term supporter of the Macau Grand Prix, SJM is also the title sponsor of this year’s SJM Macau GT Cup – FIA GT World Cup."

Speaking about the team’s driver line-up this year, Mr. Teddy Yip Jr., said: “It has already been a season for the team, securing the Teams’ title in the FIA Formula 3 European Championship, and we are delighted to confirm the same impressive driver line-up for our assault on the 64th Macau Grand Prix. We are especially pleased to continue our very successful partnership with SJM as our loyal title sponsor, and we believe we have every opportunity to deliver another Macau GP victory."

SJM Theodore Racing by Prema Team Manager, Mr. Rene Rosin, said: “It is a great honor for us to line-up an increased effort in the 64th Macau Grand Prix. We will rely on a very talented and well-sorted driver roster and I am sure that they will be outstanding competitors this season. We will provide them with our absolute dedication and utmost commitment to successfully carry on the amazing Theodore Racing legacy."

The SJM Theodore Racing drivers will address the media in an official team press conference at the Grand Lisboa, Macau on Tuesday 14 November 2017. SJM will also host a series of activities at its various properties to celebrate the Macau Grand Prix.