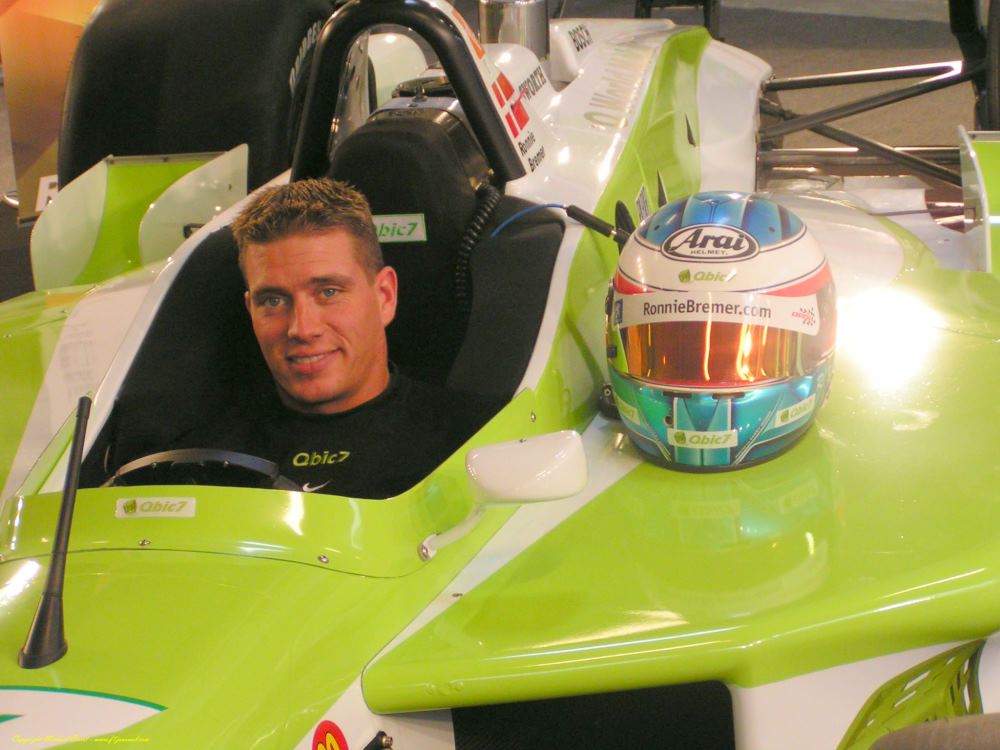 UPDATE #3 We are downgrading this rumor to speculation based on Team Boss Keith Wiggins stating today that the 2nd driver has not been decided upon yet for the team…..contrary to what Bremer told the person below. Our sources tell us Bremer only has enough money for a couple of races, at least at this point.

03/19/06 On the Qbic7 website they even have Bremer prominently featured, however, we are still not certain this will be the primary sponsor on his Champ Car as we heard they may be an associate sponsor.

Dear AutoRacing1.com, Ronnie Bremer is currently in Denmark where he is present at the Danish Auto show Biler i Bella. He is present with a Qbic7 colored Reynard Champ Car. There he confirmed to me that he is going to participate in this year's Champ Car season. He is leaving Denmark for the US on Monday.

Today he is a driver at the Racing Festival at Biler i Bella where people can buy rides from him and a lot of other Danish drivers including German Jochen Mass and Swedish Stanley Dickens. All the profit goes to UNICEF.

When I came home from Biler i Bella Ronnie Bremer's PR Officer Torben Hausig confirmed on Ronniebremer.com that Ronnie is a HVM-CTE Driver in 2006. I include a picture of Ronnie Bremer sitting in the Qbic7 car.

07/09/05 Look for Ronnie Bremer to be back in a Champ Car seat sooner rather than later. He lost his HVM ride this weekend to Alex Sperafico because his check bounced. "It was a matter of money," said Bremer. "Actually, the money came through this morning but it was too late to do anything this weekend."

Will he return at the Edmonton race next week? "I hope so," said Bremer. "At least there's a better chance with money than without! But if not, then I'll just keep working hard for next year. I enjoyed the races I did so far this year, and I really want to be back in the series next year." If he has money, Alex Sperafico has to perform well this weekend, or HVM will probably bring back Bremer.