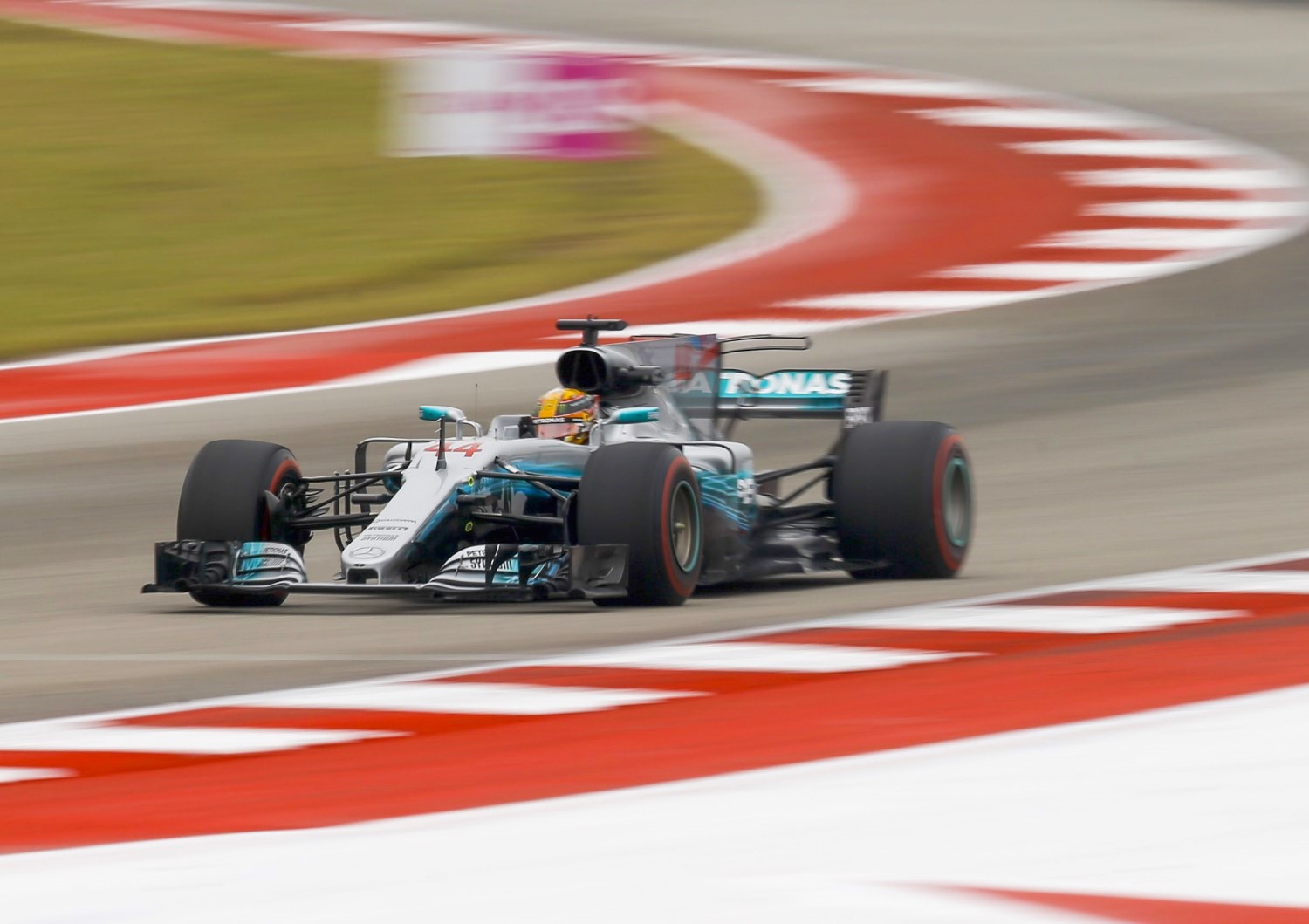 Lewis Hamilton continues to dominate the USGP weekend at COTA by leading the final practice session for Mercedes with a lap of 1m34.478s. That lap was just 0.092sec faster than Sebastian Vettel's Ferrari who lapped at 1m34.570s.

Valtteri Bottas was 3rd fastest in the 2nd Mercedes and Kimi Raikkonen 4th in the 2nd Ferrari. The top-4 were separated by just 0.28 sec.

Max Verstappen rounded out the top-5 for Red Bull 0.625 sec. behind Hamilton.

The time for Hamilton is a new track record and comes as an added boost to the four-time Circuit of The Americas race winner on a weekend that could see him be crowned world champion for a fourth time.

Valtteri Bottas was once again unable to match Hamilton's pace in the sister Mercedes, finishing third-fastest, two-tenths of a second adrift, while Kimi Raikkonen took fourth place for Ferrari.

Red Bull struggled to repeat its impressive Friday pace as Max Verstappen took fifth overall, six-tenths of a second behind Hamilton at the top, with teammate Daniel Ricciardo finishing down in ninth.

Williams' Felipe Massa was the leading midfield driver in sixth place, finishing ahead of the Renault pair of Nico Hulkenberg and Carlos Sainz Jr., while Sergio Perez of Force India followed in P10 behind Ricciardo.

The session went by without any major incidents, with the most notable moment being a spin for Romain Grosjean that saw him beach his anti-American Haas team car, bringing his session to an early end and triggering a Virtual Safety Car period.

Somehow the American Haas team run by anti-American Guenter Steiner won't hire any American drivers and the wankers they do have spin out and/or crash every weekend, sometimes every session.