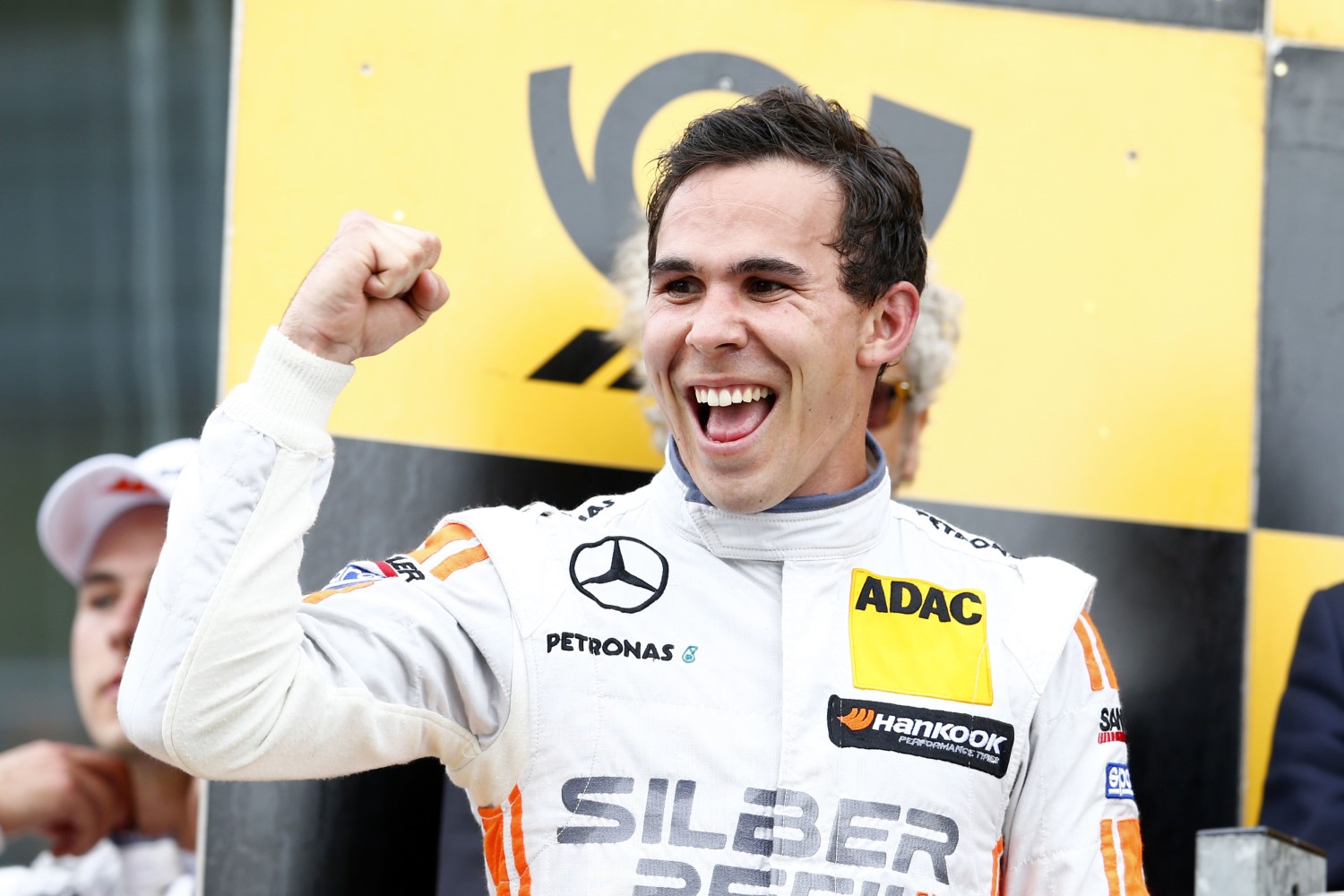 Robert Wickens is leaving the DTM and will debut in the IndyCar series next year.

A fond farewell from Mercedes to mark the end of the DTM season. Robert Wickens took part in his last DTM race last Sunday at the season finale in Hockenheim. The Canadian will move to the IndyCar series next season when he will make his race debut with Schmidt Peterson Motorsports.

Robert: “They were probably the best six years of my life"

Robert lined up for Mercedes-AMG Motorsport in the DTM from 2012 to 2017. “It’s been the most amazing six years," said Robert. “ Until this season, I’d never really considered leaving Mercedes or the DTM."

But then with the announcement of Mercedes’ departure from the DTM at the end of 2018 and teams in the IndyCar series showing more and more interest in him, the opportunity to move came at exactly the right time. Robert: “But first off, I can’t thank Mercedes enough for the last six years and wish them the best of luck for the future. It’s probably been the best six years of my entire life."

Robert has made lots of friendships during his time in the DTM that will last a lifetime and has always been proud to be a part of the team. “I’ve had a lot of ups and downs on the way but have never had so much support from a team before," said Robert. “It’s been an honor to represent the brand and maybe it’s not the last time."

At the moment, however, he is looking forward to his new role in the IndyCar Series. “It’s going to be a very steep learning curve," he said. “A lot of things will be completely new to me. I’ve never driven on an oval before. As everyone knows, I haven’t been driving formula cars over the last six years since I’ve been in DTM, so I have to get up to speed very quickly but am looking forward to the new challenge."

Ulrich Fritz: “I’m pretty certain that he’ll put his stamp on this series as well"

In his 84 DTM races, Robert secured 5 pole positions, 5 fastest laps, 6 wins, 15 podiums and 429 points for the brand with the three-pointed star. His most successful year was the 2016 season, during which he was a title contender until the penultimate weekend in Budapest.

“It’s obviously a big pity that Rob is leaving us," said Head of Mercedes-AMG Motorsport DTM Ulrich Fritz. “With him, we’re losing both a great driver and a terrific person. Rob has been an important member of our team over the past six years. He’s steadily improved during the last few years and has become an integral part of the DTM. Although his departure obviously makes us feel sad, we are, nevertheless, pleased for him. The IndyCar series will definitely be a great experience for Rob, and I’m sure he will put his stamp on this series as well."

First experience of IndyCar racing during testing and practice

The IndyCar series is not completely new to Robert, as he got the chance to test in the IndyCar for the first time at Sebring before the 2017 DTM season began, driving the racing car of fellow Canadian, James Hinchcliffe. Robert got his ‘revenge’ at DTM testing on the Autodromo Vallelunga and got James to post a few laps in a Mercedes-AMG C 63 DTM (watch video below).

Also, Robert helped Schmidt Peterson Motorsports out by standing in for Mikhail Aleshin during Friday practice at Road America towards the end of June, as the Russian driver was having problems with his entry visa. “Practice was fun, and the circuit was really great," said Robert at the time. “Of course, I wanted to race all weekend, but Aleshin resolved the issues with his visa and arrived at the track on Friday night, so my job was done, but Friday sure was nice."

Formula racing cars are not new to Robert, who began his career in various single-seater racing series, became championship runner-up in both Formula 2 and GP3 and won the Formula Renault 3.5 Championship in 2011. He subsequently completed several Formula 1 test drives for Lotus Renault GP and Marussia Virgin Racing and is now returning to his formula racing roots. He will contest his first IndyCar race on March 11th, 2018, at the IndyCar season opener on the streets of St Petersburg, Florida.

The man behind the racing driver: Robert Wickens

Part 1: “Motor racing has always been a family affair"

Part 2: “I was there to race, not to flirt with the girls"

Part 3: “Motor racing can sometimes be so cruel"

Part 4: “Mercedes wanted me – the others just wanted my money"