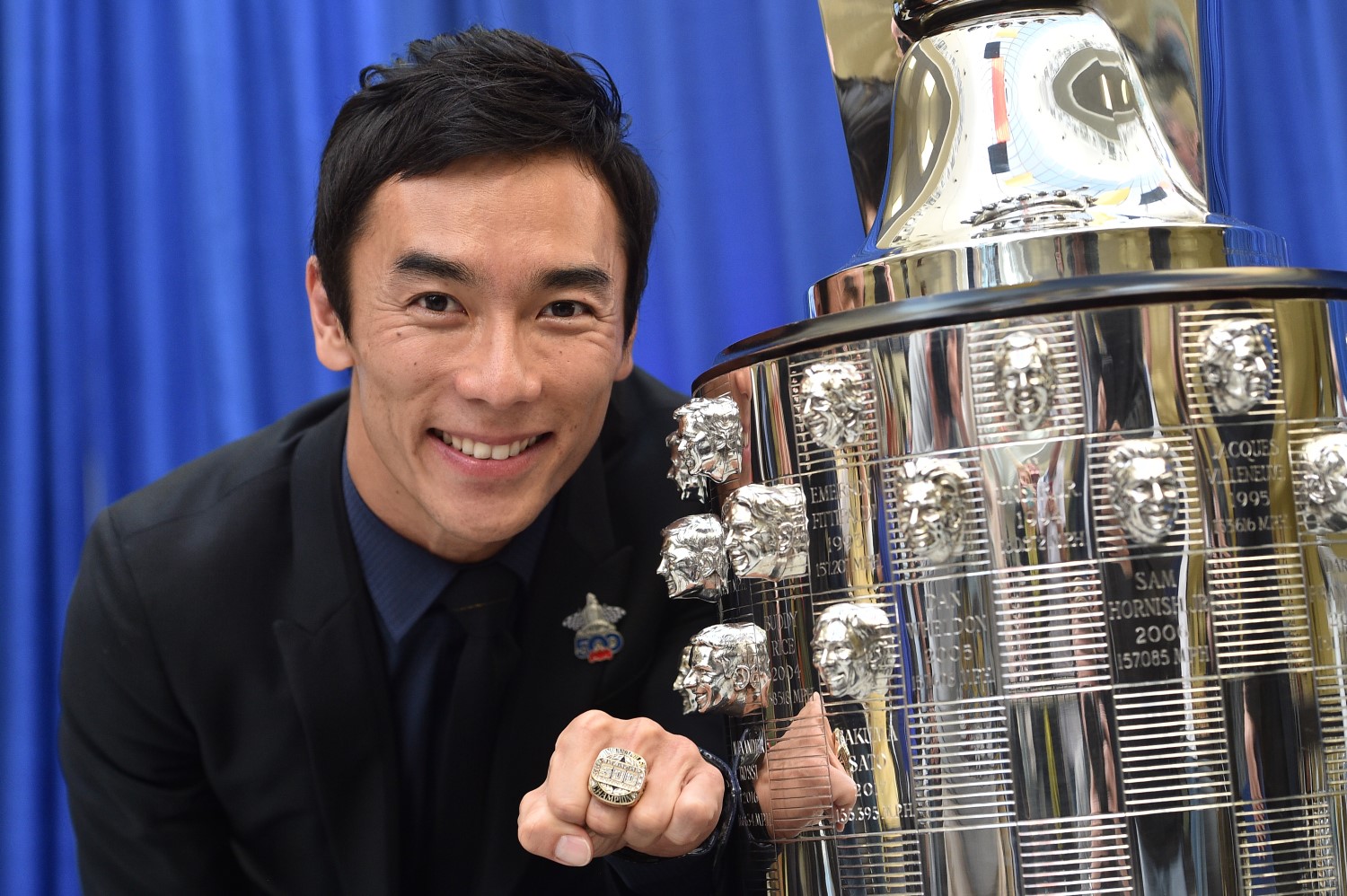 An anxious Takuma Sato leaned in, but that wasn't close enough.

So he knelt for an even better view of his sterling-silver likeness on the 65-inch, 110-pound Borg-Warner Trophy when it was unveiled Tuesday at the Indianapolis Motor Speedway Museum.

"Wow," said Sato, the winner of the 101st Indianapolis 500 presented by PennGrade Motor Oil on May 28. "That's fantastic."

The 104th likeness on the trophy met with his approval.

Sato repeated what he had told sculptor Will Behrends when examining a clay likeness during a visit to the artist's workshop in Tryon, N.C.: "He's actually a better guy." It's the 28th likeness Behrends has sculpted.

IMS President Doug Boles reminded that Sato defined himself as a great winner by "screaming at the top of his lungs" on the radio after winning the race in a duel with three-time Indy 500 winner Helio Castroneves of Team Penske.

"I almost want to scream today," Sato said, "because I'm so happy."

The first Japanese driver to ever win "The Greatest Spectacle in Racing" couldn't stop smiling during the ceremony, which has become an annual tradition for the historic race. The one time that grin disappeared was for a startled moment, when Sato, a 40-year-old Tokyo native, slightly bumped the trophy during the photo session.

Sato flashed a frightened facial expression, then collected himself. He and the trophy were just fine. The smile returned, cameras started clicking again, and Sato eventually took selfie pictures of himself with the trophy.

Dapperly dressed in a black suit and tie with his black shoes buffed to a spiffy shine, Sato wore a winner's ring on each hand. Always polite, he did his best to search for the appropriate words to describe his gratitude.

"How long do we got today?"

Sato won the race while driving for Andretti Autosport but has since joined Rahal Letterman Lanigan Racing.

Boles suggested another IMS duel that didn't work out for Sato endeared him to race fans. Sato drove for RLL in the 2012 Indy 500 and crashed on the last lap while trying to pass eventual winner Dario Franchitti in Turn 1.

"You laid it all on the line in Turn 1," Boles said. "You were going to win that race or crash trying. I think our fans knew that. When you had an opportunity to win this year, the people stayed around, they were excited, and that was really because they know that you know how important it is to win the Indy 500."

Scott Gallett, BorgWarner vice president of marketing, public relations & government affairs, agreed with Boles that Sato's likeness is on "the best trophy in the world."

The trophy has been appraised at $3.5 million, Gallett said.

"But we think it's pretty much priceless," he said.

The same could be said for Sato's reaction and genuine appreciation for his likeness appearing on that trophy. He always dreamed of winning the race but never had any idea about the "impact and power" of winning an Indy 500.