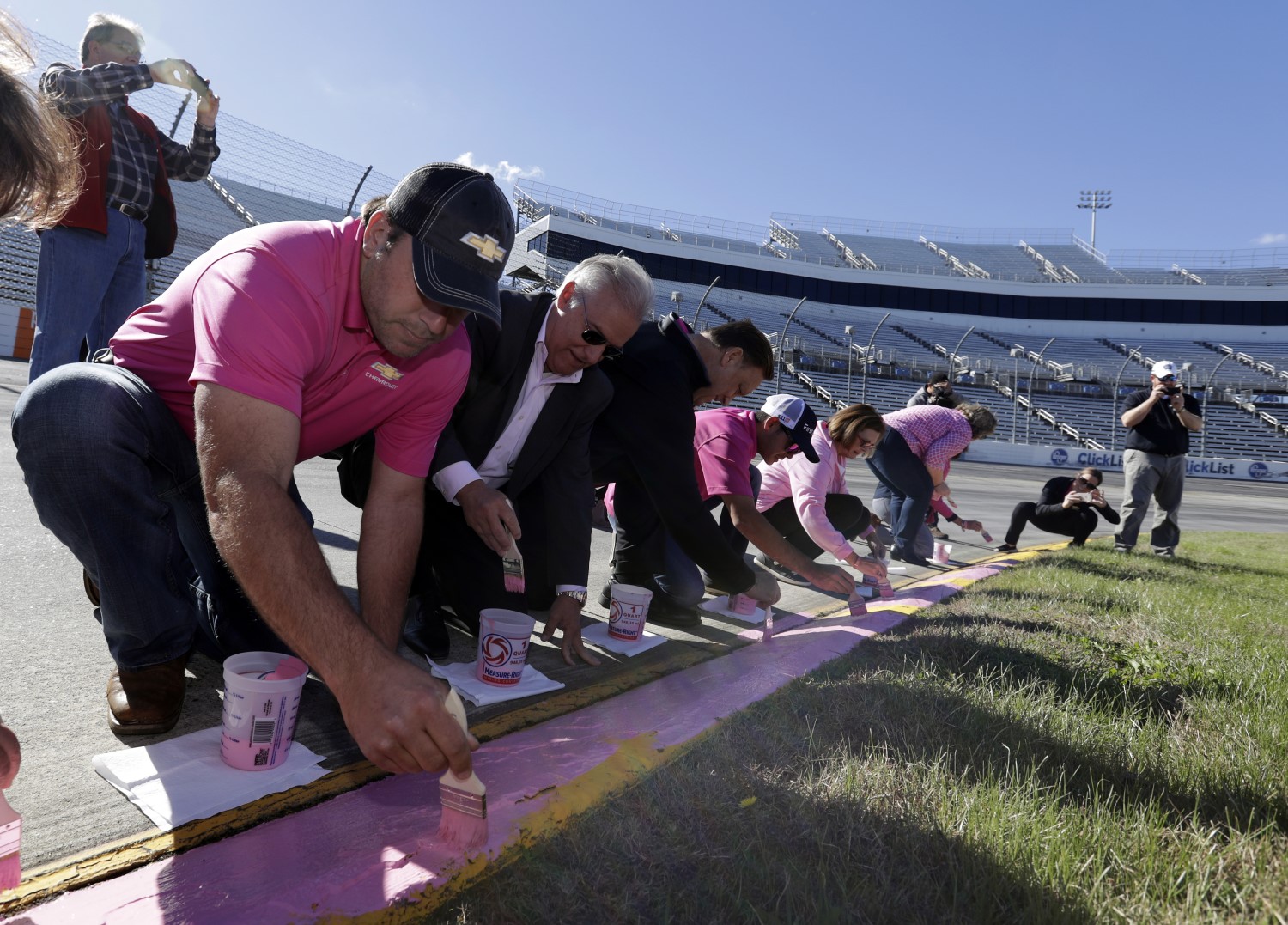 In partnership with the American Cancer Society for the seventh consecutive season, Chevrolet is participating in the Making Strides Against Breast Cancer campaign (MSABC) at both Talladega Superspeedway and Martinsville Speedway. Chevrolet will once again campaign a pink Chevrolet SS pace car at Martinsville Speedway where Amy Earnhardt, Dale Earnhardt, Jr.’s wife, will serve as the honorary pace car driver. For every lap the pink pace car “leads" the field under caution, Chevrolet will donate $350 per lap (up to $50,000) to the MSABC program.