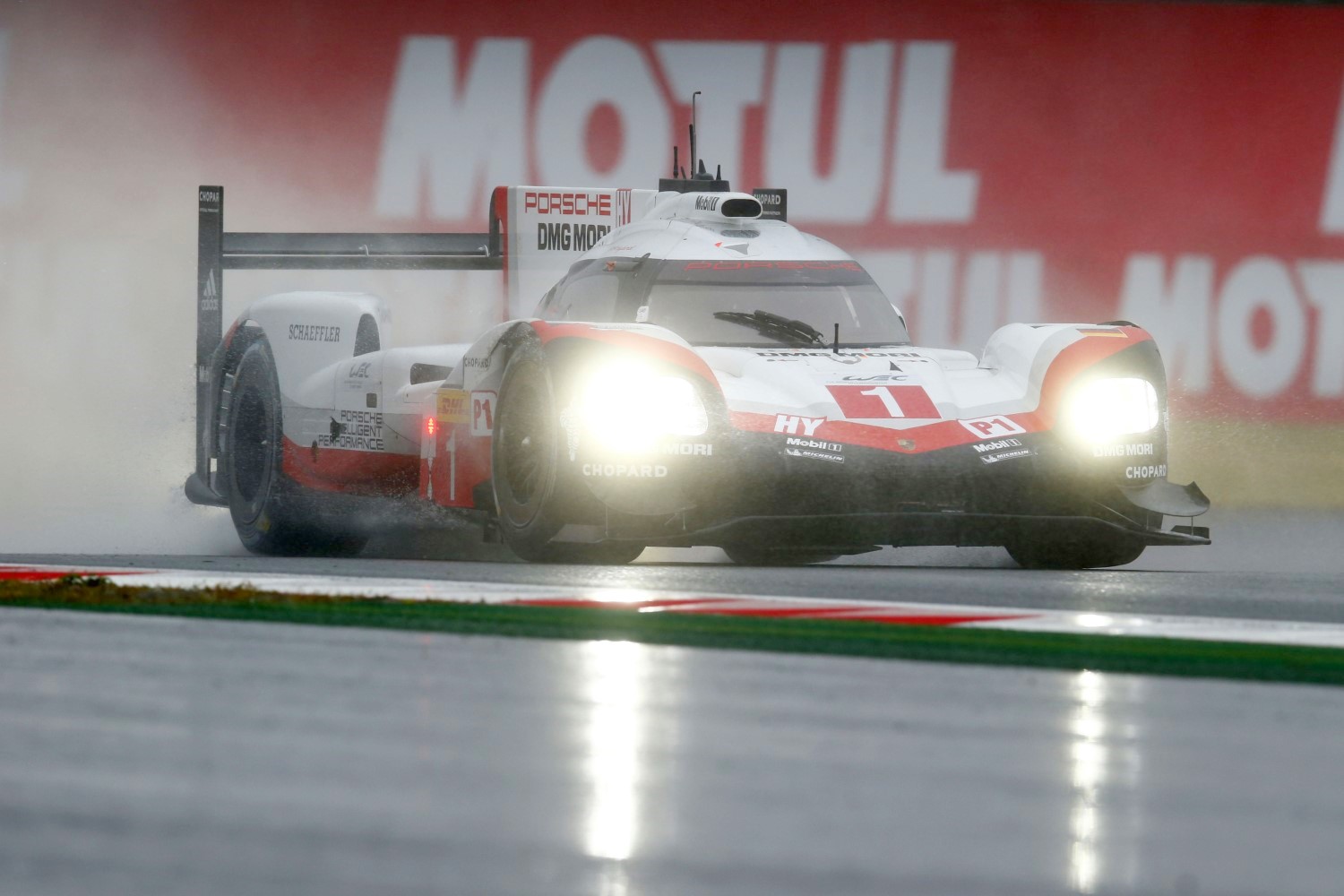 Just in time for the appearance of the FIA World Endurance Championship (WEC), the summer said goodbye to the Japanese Alps. After a 15 degree Celsius drop in temperature over a few hours, the seventh of nine world championship rounds is set to be held in persistently wet conditions.

The first two 90-minute practice sessions at the 4.56 kilometer long Fuji International Speedway took place in the rain in just 13 degree air and 17 degree track temperatures. The picturesque silhouette of Mount Fuji disappeared in fog while the spray on the very long 1.5-kilometer straight left the drivers with extremely poor visibility.

The two Porsche 919 Hybrids were fastest in the morning practice session with the trio of Neel Jani (CH), Andre Lotterer (DE) and Nick Tandy (GB) ahead of the sister car of the championship leaders Earl Bamber (NZ), Timo Bernhard (DE) and Brendon Hartley (NZ). The afternoon session was red flagged for a long time because of heavy rain. On the time sheets, Jani was second fastest, Bernhard was fourth. Their teammates didn’t even get the opportunity to drive. The overall best time of the day was achieved by Lotterer in the morning with a lap of 1:35.527 minutes.

Jose-Maria Lopez of Toyota Gazoo Racing set the best time in a rain shortened FP2 session at Fuji this afternoon. Olivier Pla was quickest in LMGTE Pro at 1m52.658s in the No.66 Ford GT in the wet.

The six-hour race is awaited with huge excitement but not only because of the difficult conditions: If the Le Mans winners Bamber/Bernhard/Hartley finish the race ahead of the best placed Toyota (car number 8), they would become the new drivers’ world champions. However, next on the program is qualifying on Saturday from 15:00 to 15:20 hrs local time. The six-hour race on Sunday will start at 11:00 hrs local time.

Andre Lotterer (35, Germany):
Luckily the track conditions in the first practice session were quite consistent. The car felt basically good and we could focus on fine tuning to improve traction. This goes for the management of the combustion engine that drives the rear axle as well as for the electrical power from the two energy recovery systems and the interaction of all the systems to accelerate as strong as possible out of the corners. We also worked on the car’s balance for wet conditions. Unfortunately in the afternoon session, we had just too much rain to work properly. Especially when it is as cold as today, the tires cannot work properly and it is really difficult to drive.