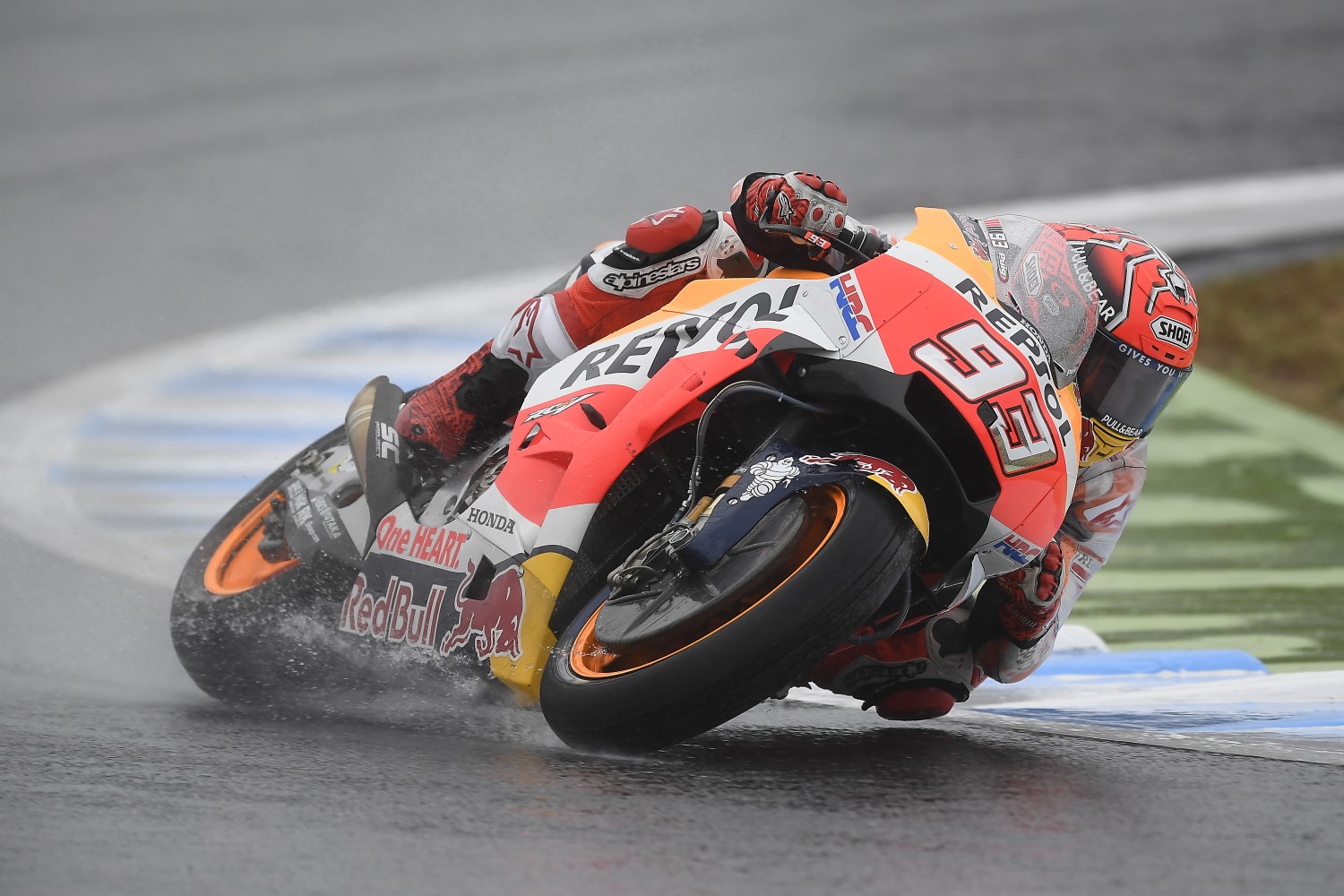 Andrea Dovizioso (Ducati Team) ended Day 1 at the Motul Grand Prix of Japan as the fastest man on track, but the Italian was only 0.043 ahead of his nearest challenger – Championship leader Marc Marquez (Repsol Honda Team). Marquez was fastest in the morning by some margin before ‘DesmoDovi’ hit back, and the reigning Champion ended his afternoon session prematurely with a crash at Turn 4 – rider ok.

Aleix Espargaro (Aprilia Racing Team Gresini) was top Independent Team rider on Day 1, and impressed in both sessions – second in FP1 and third in FP2 to go third overall. He was just ahead of Ducati Team’s Jorge Lorenzo, who was fourth in both the morning and afternoon – despite an incident in which the Majorcan was collected up in a crash for Cal Crutchlow (LCR Honda).

Dani Pedrosa (Repsol Honda Team) managed to find something in the afternoon session to move up to P8, having struggled in FP1 with the combination of wet weather and relatively low temperature. He headed Crutchlow, with rookie Alex Rins (Team Suzuki Ecstar) completing the top ten as both Hamamatsu factory machines were amongst the potential Q2 graduates. Suzuki also had a new aero-fairing out on track.

As Pedrosa moved up the combined timesheets, it was a tougher first day for Maverick Vinales (Movistar Yamaha MotoGP) as he moved down from FP1 to FP2, ending Friday in eleventh and just over a tenth faster than his teammate Valentino Rossi.

0.018 seconds further back was one of the most impressive performances of the first day as Kohta Nozane (Monster Yamaha Tech 3 – replacing Jonas Folger – took thirteenth, ahead of Scott Redding (Octo Pramac Racing) and Karel Abraham (Pull&Bear Aspar Team).

The weather sadly looks unlikely to change too much, but it remains to be seen how the skies look for FP3 as graduation to Q2 is decided, and then the grid for the race on Sunday.

Marc Marquez
“This morning everything was perfect and I felt very, very good on the bike. That was the case until the last exit of FP2, despite having to go back from a change to the setup that hadn’t work as well as we hoped. At the end of the session we fit a new set of tires and I had a different feeling, less grip. I suffered a high-side, which is a bit uncommon in MotoGP now, but in the end, I’m fine. We need to check for why it happened, and we can certainly work a bit on the electronics to understand how to improve that side. Anyway, our speed was there and our lap times came out good, so our mentality will remain the same. I feel confident for the weekend."