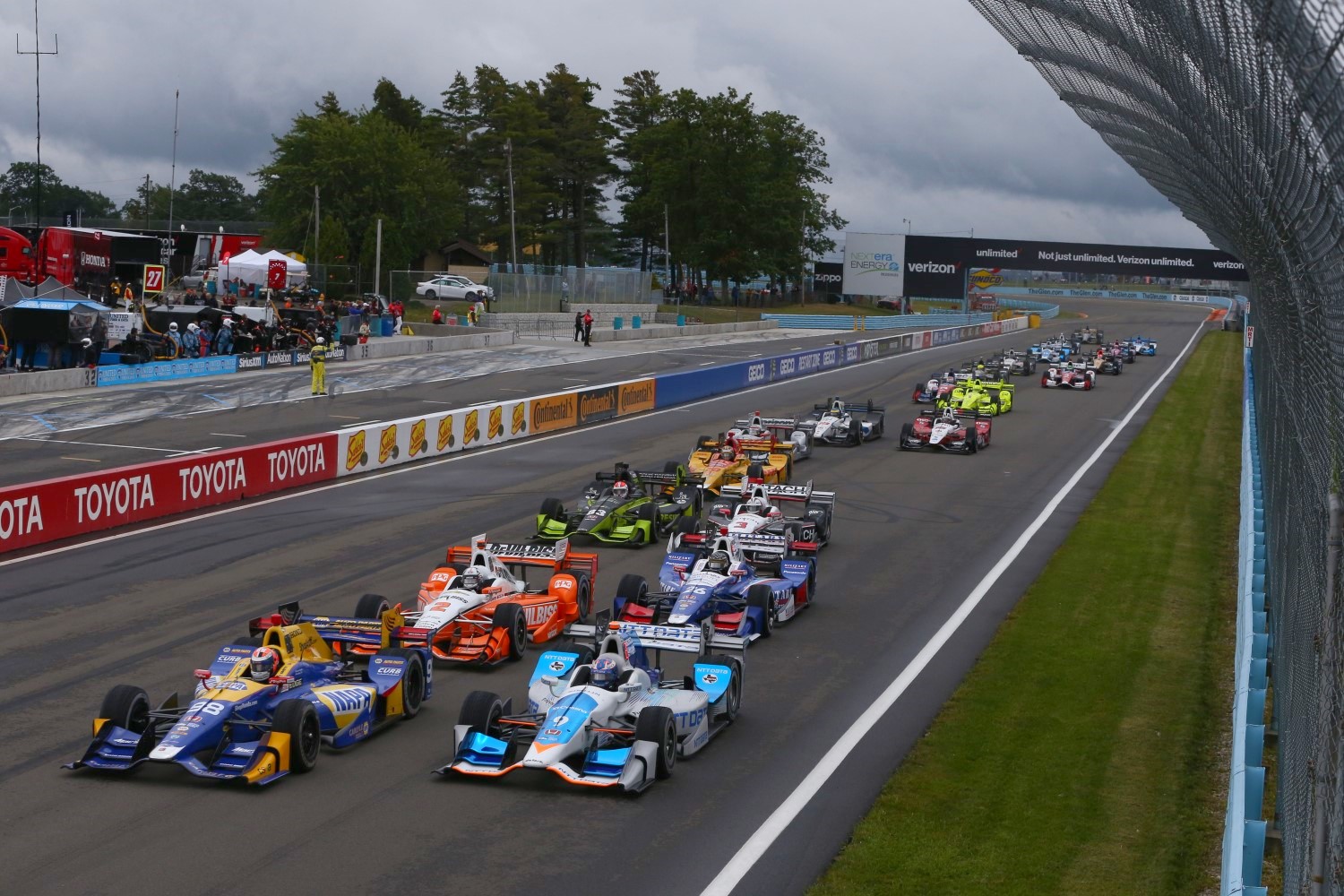 “First of all, we'd like to thank everyone who spent time at The Glen for their tremendous support in 2017," said Watkins Glen International President Michael Printup. “As we begin looking forward, the 2018 schedule is just as exciting, and it preserves our fan favorites, from the Sahlen’s Six Hours of The Glen and Finger Lakes Wine Festival in July, to a tripleheader NASCAR weekend in August, and the largest vintage event in the country in September. Our team is thrilled to present another great and memorable year of motorsports and entertainment to the best fans in racing."

The 2018 season will begin April 13-15 with Opening Weekend, designed to provide guests with a chance to drive Watkins Glen International for a good cause, with all event proceeds going to the track's R.A.C.E. Foundation, which benefits local youth-oriented organizations. In 2017, over 30,000 cars passed through the gates to experience the historic road course with their personal vehicle.

Racing gets underway in earnest during the SCCA Majors Super Tour weekend, coming to The Glen June 22-24, and bringing with it the best amateur drivers and teams in the country. In operation since 1944, the SCCA has championed the mission to bring motorsports to the masses of American men and women who are passionate about automobiles, speed, and competition.

Watkins Glen International will again be transformed into a wine lovers’ paradise, July 13-15, as the Finger Lakes Wine Festival presented by Yancey’s Fancy New York’s Artisan Cheese returns with the entertainment, vendors, and of course, over 90 New York State wineries that revelers have come to know and love each summer

NASCAR will bring a tripleheader weekend of action during its only New York State stop, August 2-5. The Monster Energy NASCAR Cup Series, NASCAR XFINITY Series, and NASCAR K&N Pro East Series will each take to the challenging twists and turns of the iconic circuit, with each driver trying to take home a coveted victory at The Glen as the race to the NASCAR playoffs hits a crucial stretch.

The 2018 spectator racing schedule will come to a close September 7-9 with the U.S. Vintage Grand Prix providing a celebration of motorsports past, paired with the Watkins Glen Grand Prix Festival which is held in the nearby village of Watkins Glen. The on-track action is highlighted by the Collier Cup MG race, Governor’s Cup, and races contested by the Trans-Am Championship and IGT series.

On October 20, craft beer connoisseurs will descend on The Glen for the latest installment of the Ticket Galaxy Beer Festival, which features the best in New York State breweries, distilleries, cideries, and restaurants. Live music, a cornhole tournament, pace car rides, and a stein-holding contest are among the entertainment offerings during the five-hour tasting event.

Additionally, after two years of partnership, Watkins Glen International and IndyCar have agreed to separate for the 2018 season. This is a decision based purely on an inability to find a date that works for the fans, the series, and the track. Watkins Glen International and IndyCar will
continue to maintain a positive working relationship and will keep the lines of communication open should opportunities become available in the future that work for everyone.

Watkins Glen International is the premier road racing facility in North America, twice voted “Best NASCAR Track" by readers of USA Today. Keep up with The Glen on Facebook and Twitter. Download The Glen’s free mobile app from the App Store or Google Play.