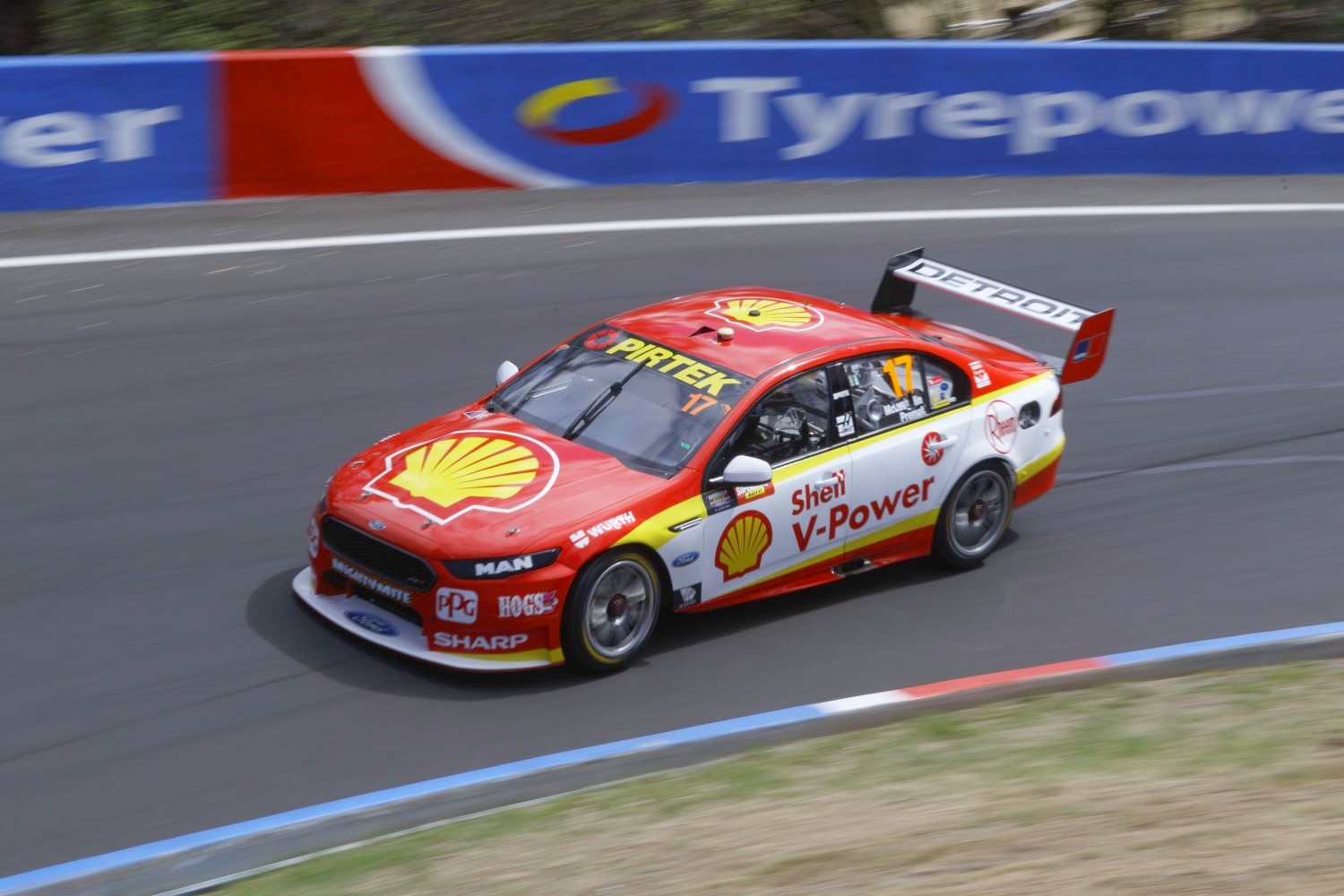 There is a new ‘lap of the gods’ and it belongs to Scott McLaughlin.

For the second day running he set the fastest lap in history at Mount Panorama, taking his first ARMOR ALL Pole Position at Bathurst ahead of the great race tomorrow.

He became the first man in history to break the 2m:04s barrier with a 2m:03.831s. With an entire mountain on its feet McLaughlin had rewritten history.

The 24-year-old Kiwi was in tears behind the wheel as he achieved his life-long ambition to start from the first place on the grid. He not only bettered his record of yesterday, he smashed it.

“I knew we could do that," McLaughlin said. “My god, I am over the moon, my god. I could hear the crowd, they were crazy. That was the most incredible moment of my life.

“It is something that I certainly will never forget, it was pretty special. I am going to enjoy it. This is a once in a lifetime opportunity.

“I have worked a long time to get to this point and am very grateful for the opportunity with Shell V-Power Racing.

“Ludo (engineer Ludo Lacroix) has made me thorough with what I do and my work ethic off the track to make me faster. I can’t thank them enough."

He will partner Frenchman Alex Premat tomorrow giving the DJR Team Penske outfit a good shot at winning their first Bathurst title since 1994 and first podium in a decade.

McLaughlin also became the first man to break that track record in a top ten shootout since Greg Murphy’s ‘Lap of the Gods’ in 2003, which until today was the most famous single lap in history at Mount Panorama.

“I looked up to that (Murphy) lap and for me that was it, Supercars was it for me from that day. It was a pretty special day that one, not only for myself as a fan but for New Zealand as a country.

“It is something that I certainly will never forget, it was pretty special.

“I am going to enjoy it. This is a once in a lifetime opportunity. I have worked a long time to get to this point and am very grateful for the opportunity with Shell V-Power Racing.

“Ludo (engineer Ludo Lacroix) has made me thorough with what I do and my work ethic off the track to make me faster. I can’t thank them enough."

Penrite Racing’s David Reynolds looked for all money to have done enough for top ranking with a 2m:04.27 as the second last man out before McLaughlin’s miracle.

“Scott obviously put a very good lap in," he said. “Tomorrow we were fastest and happy, today we were second and disappointed. Let’s see what happens tomorrow."

The Bottle-0 Racing’s Mark Winterbottom, the 2013 winner, will start in third with his Prodrive team-mate Chaz Mostert alongside him in the Supercheap Auto Racing Falcon.

Winterbottom is driving a replica of the famous 1977 winning Ford Mustang of Allan Moffatt who, in a strange twist, also started from third that day.

Behind them are Red Bull Holden Racing team’s Shane van Gisbergen and another young gun in Wilson Security Sandown 500 winner Cameron Waters, with three Prodrive Falcons in the top ten.

Van Gisbergen was the first to really fire setting the mark very low. His 2m:04.66s was not far away from McLaughlin’s new lap record from practice, putting the five to follow him on notice.

Fabian Coulthard followed and recovered from a big slide at the cutting going up the hill which cost him time. Coulthard will start the great race from seventh.

Garth Tander was the first out pioneer to set the mark for those that followed. His 2m:05.32 was a smooth and clean run laid the foundation, ultimately leaving him where he started in ninth.

Jason Bright followed and topped Tander’s lap as the track started to cool more in the afternoon dusk. James Courtney was next but a small mistake cost his lap and he will start from tenth tomorrow.

MCLAUGHLIN QUOTE: “I dreamed of doing this since I was a kid. It’s the best day of my life, and I still can’t quite believe it. I knew we could do that, and it’s a massive credit to the team that they’ve given me a car capable of it. We’ve still got plenty of work ahead of us tomorrow, but what an incredible day. I’ll remember this for the rest of my life."