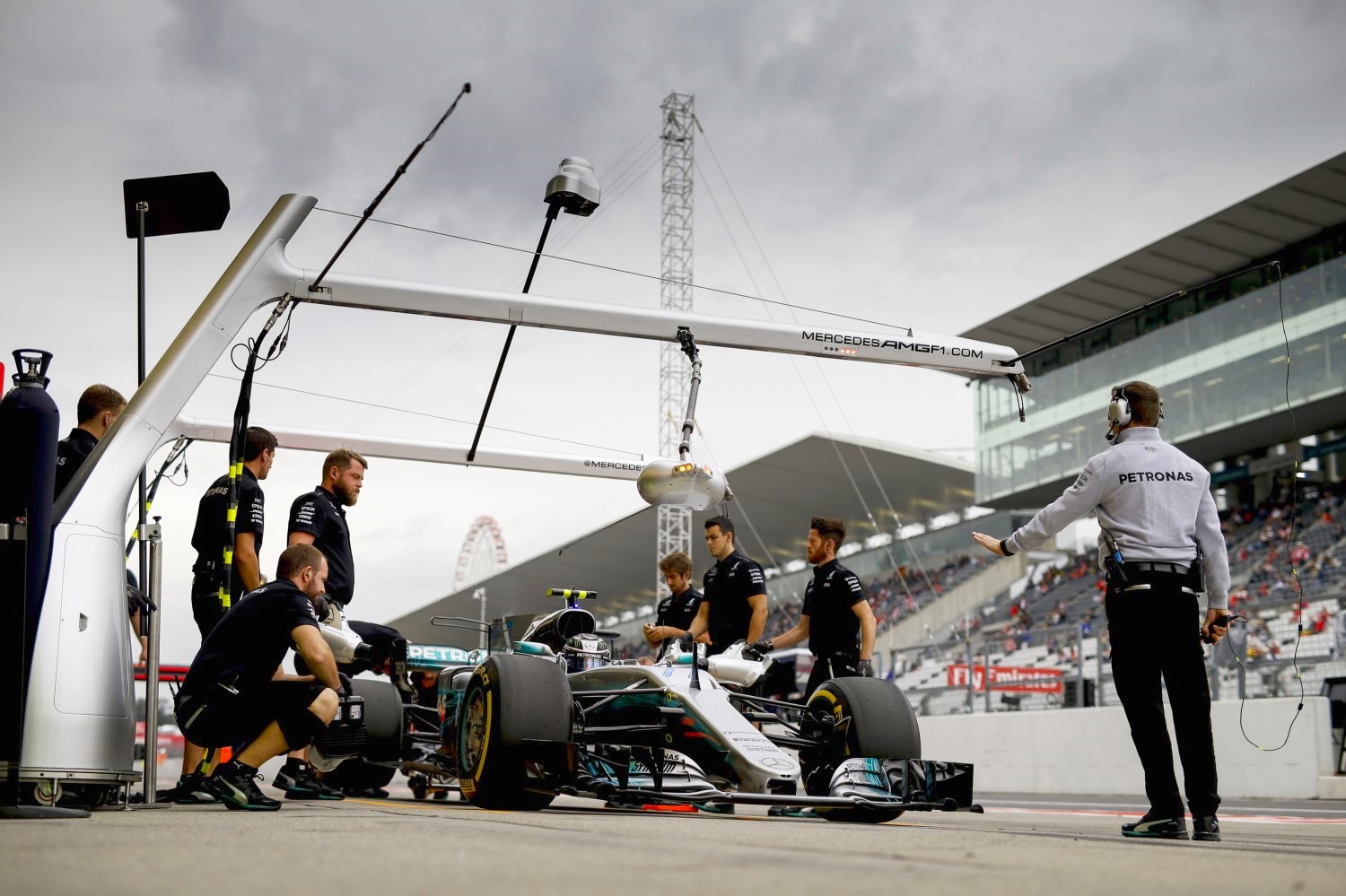 Valtteri Bottas edged Mercedes team mate Lewis Hamilton in final practice at Suzuka, despite his session ending after a little more than 20 minutes after an off at Spoon Curve left his car with damage. Fellow Finn Kimi Raikkonen also brought out the red flags in what was a disjointed, stop-start 60-minutes, going off at Degner 2 and crashing his Ferrari into the tire barriers.

As the track had dried after heavy rain at the start of the morning, Mercedes quickly got down to business with Bottas and Hamilton setting the pace on soft Pirellis, ahead of the Red Bulls of Daniel Ricciardo and Max Verstappen. Ferrari, meanwhile, split their tire strategy, Sebastian Vettel on softs, Kimi Raikkonen on supersofts, and appeared to be doing the race running they didn’t have time for in FP1.

The Finn ran wide onto the artificial grass and despite his best efforts to hang on, his car slewed sideways into the wall damaging the right rear corner of his Mercedes and puncturing the tire before nosing headfirst in and damaging the front wing. Out came the red flags as he cruised back to the pits, the subsequent damage keeping him in the garage for the rest of the session.

Running had only just resumed after the mess had been cleared up, when Raikkonen got out of shape at Degner 2 and slid his Ferrari through the short gravel trap and into the tire barrier. His car was swiftly removed and moments later teammate Vettel, who had earlier survived his own slide through the same gravel trap, jumped up to third on 1m 29.717s on the supersofts. The German then trimmed that to 1m 29.379s but that left him 0.3s back of the Mercedes, the Ferrari no match here for the longer wheelbase Mercedes.