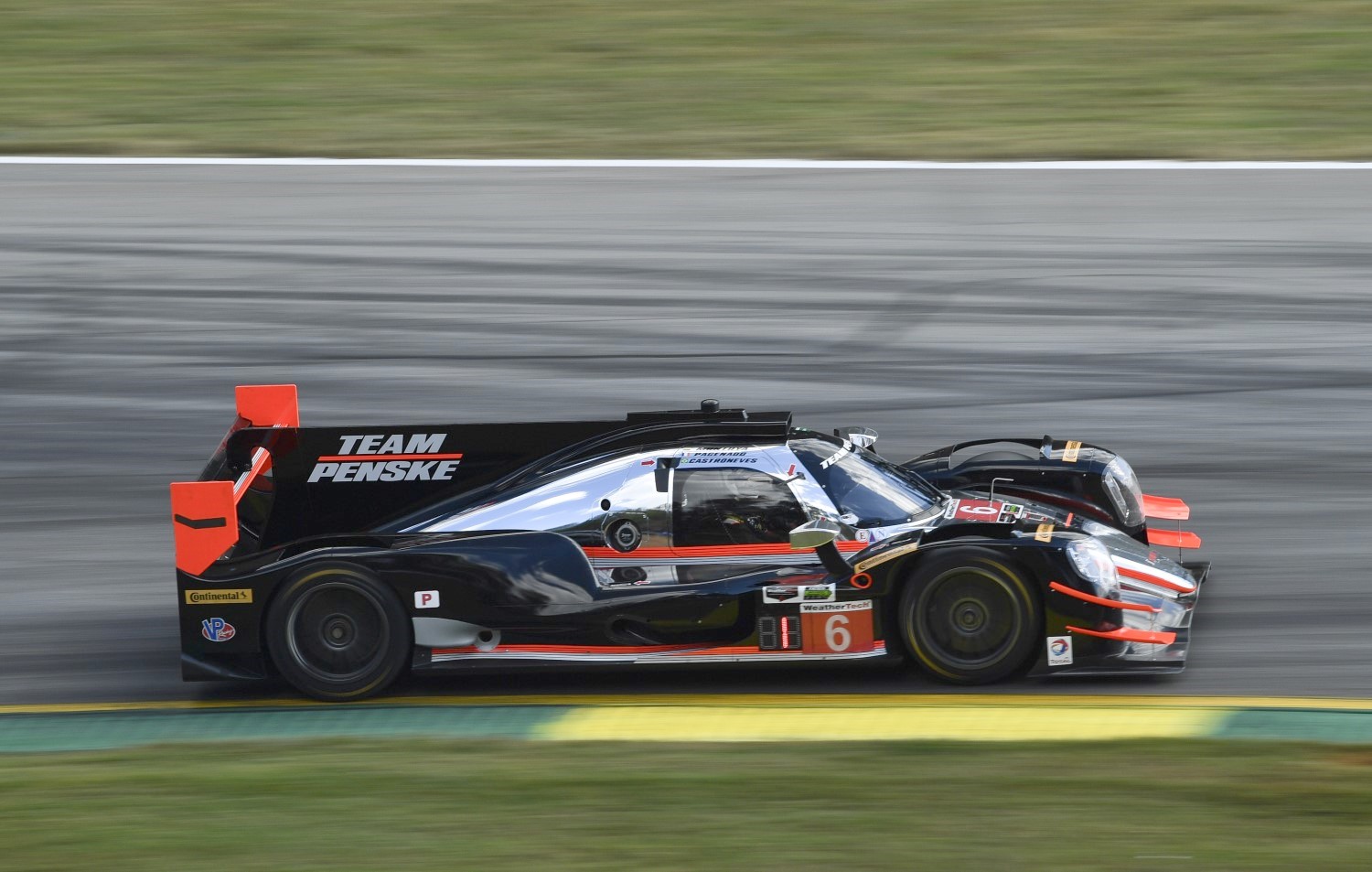 Team Penske has topped the timesheets for the second time so far at Road Atlanta, with Helio Castroneves going quickest in the fourth and final practice session for Saturday’s Motul Petit Le Mans.

Castroneves posted the quickest time of the weekend so far with five minutes remaining in the session, as the first lap times below the 1:12 mark were set by the two fastest cars.

Hartley held the lead for much of the session after finishing on top in Thursday’s night practice session with his No. 2 Tequila Patron ESM Nissan Onroak DPi.

Pipo Derani made sure both ESM cars were in the top three, while Renger van der Zande and the Visit Florida Racing Ligier JS P217 Gibson was fourth, with the top four just 0.063 seconds apart.

Toni Vilander led the way in GT Le Mans for Risi Competizione with a lap time of 1:17.497, while Antonio Garcia put his No. 3 Corvette C7.R in second ahead of Martin Tomczyk’s BMW M6 GTLM.

Land Motorsport’s Connor De Phillippi set the pace in GT Daytona in the No. 29 Audi R8 LMS, posting a time of 1:20.175, while Matteo Cressoni took second in class for Scuderia Corsa.

Qualifying will get underway at 4:20 p.m. ET