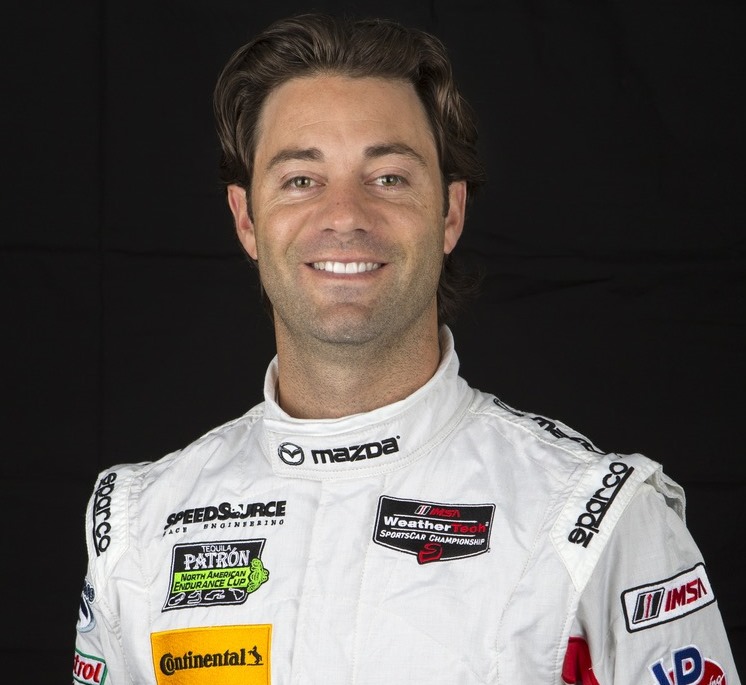 Daytona Beach, Fla. (27 September 2017) – Fresh off of a thrilling victory at Mazda Raceway Laguna Seca on Sunday, VISIT FLORIDA Racing is pleased to announce the addition of Jonathan Bomarito to the Daytona Beach, Florida-based team’s driver line up for the Petit Le Mans at Road Atlanta.

An IMSA race winner with multiple pole positions and podium finishes to his credit, Bomarito is on loan to VISIT FLORIDA Racing from Mazda Motorsports for the 10-hour endurance race. He has made five starts in the Petit Le Mans and scored two podium results earlier this year with a run to third place in the Long Beach Grand Prix and in the Sahlen’s 6 Hours of the Glen on board the No. 55 Mazda Prototype. With the Mazda Prototype program on hiatus for an extensive testing program, Bomarito is not only available to race, but also already has a good working relationship with both VISIT FLORIDA drivers.

"I am really looking forward to the opportunity to work with VISIT FLORIDA Racing," said Bomarito. “I have known Troy (Flis) for a while now and he has a great program. I have worked alongside Marc (Goossens) in the past and I know Renger (van der Zande) pretty well, so I think it will be a good fit. I just want to do a solid job as a third driver and make the transition as seamless as possible for the team. I am also thankful to Mazda for agreeing to let me compete at one of my favorite venues of the year!"

VISIT FLORIDA Racing endurance driver René Rast, who scored a podium finish with the squad in the season-opening Rolex 24 At Daytona, will remain in Europe during the Petit Le Mans event while he focuses on the DTM Championship title. He currently sits second in the DTM standings, with just one race remaining.

“Rene is in an awesome fight for the DTM championship so it makes sense for him to concentrate on that, and with Jonathan (Bomarito) being available, it worked out that Mazda let us borrow him for the race," said Troy Flis. “We have a great relationship with John Doonan and the Mazda team so I reached out to them to see if they could help. Jonathan was eager to help so Mazda agreed to share him with us for Road Atlanta.

"This is another example of what makes this sport so great. During Hurricane Irma we had several teams reach out to offer us help and even at Mazda Raceway this past weekend we had to plug our transporter into one of the Michael Shank Racing team transporters for power because our generator was having issues from the storm. It’s just great to see everyone come together. René did an awesome job for us earlier this year and we all hope that he comes home with the big prize in DTM."

VISIT FLORIDA Racing has made three starts in the Petit Le Mans with a best finish of fifth in 2015. The 2017 event marks the first entry into the classic race with the Ligier JS P217 and the team looks to continue its winning ways with another positive performance at Petit as Ligier looks to win two consecutive Petit Le Mans events.