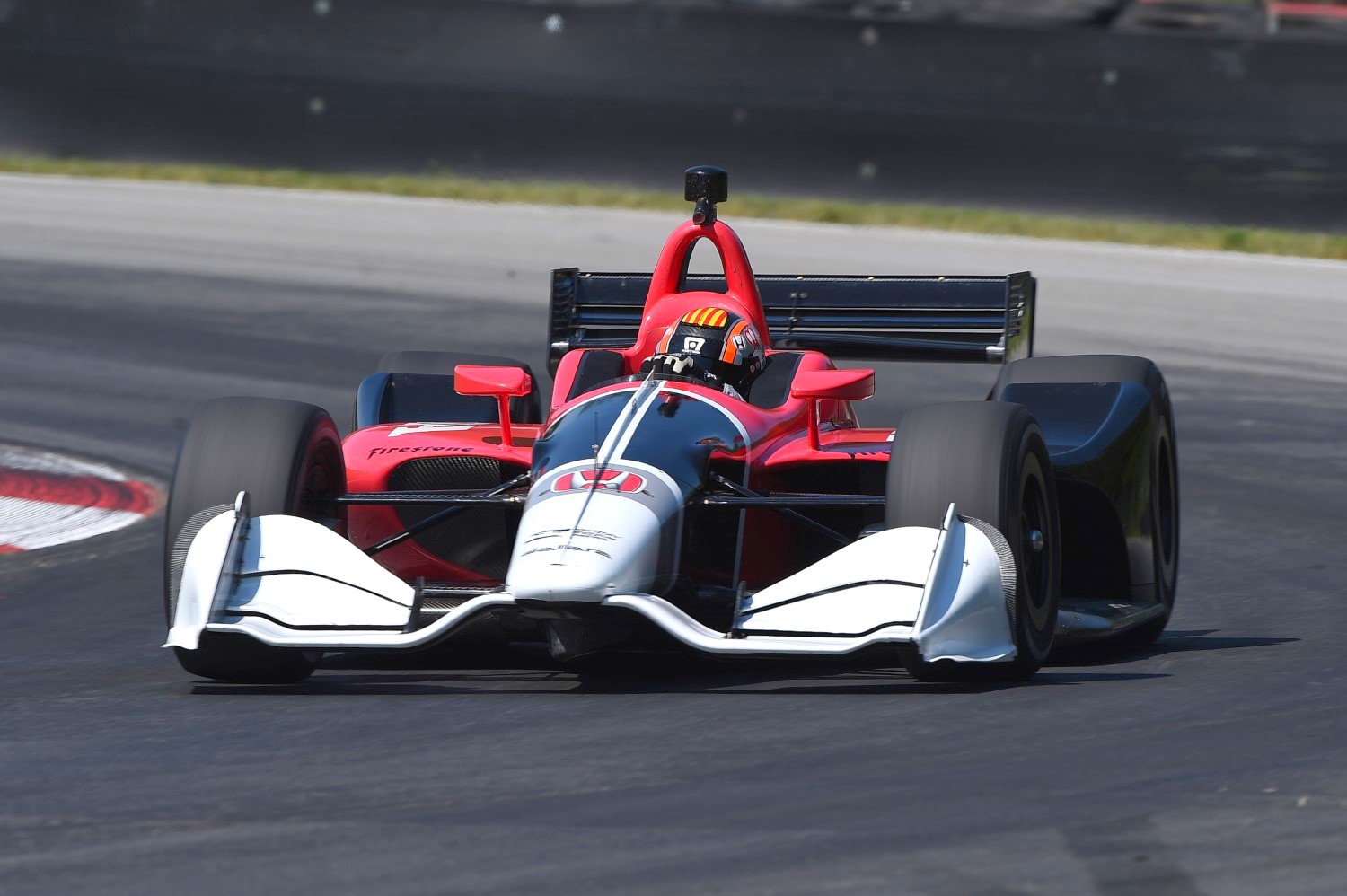 But what the Verizon IndyCar Series test lacked in on-track activity was remedied by the significance of the work. Newly crowned champion Josef Newgarden, Scott Dixon, Oriol Servia, James Hinchcliffe, Juan Pablo Montoya and Spencer Pigot furthered the development of the remodeled Dallara IR-12 chassis – namely the road- and street-course brake systems – during a day-long session on Sebring’s short course that comes closest to resembling the tight, concrete-lined, brake-reliant street circuits that make up nearly a third of the series schedule.

The new universal aero kit to be used by all competitors in 2018 has significantly less downforce than the previous generation. It also has new electronics, so teams spent much of the morning sorting out the basics before focusing on brakes.

“We learned a ton today – the most I’ve learned in a test for quite some time, just because it is so drastically different," said Dixon, the four-time series champion with the fourth-most wins in Indy car history. “It was kind of what I expected with less grip. I think we need to work together with Firestone to find a tire that’s better suited. They did bring an option, which seemed to be somewhat in the right direction."

The test – the last under INDYCAR direction for the new car before engine manufacturers Chevrolet and Honda take over testing next month – was different than others. Instead of a typical test session in which teams attempt to make their cars faster, today’s work was a methodical sort-through of new equipment.

“This is about INDYCAR, Honda and Chevrolet," Servia said. “It’s more of a checklist to see that everything works and that the changes they saw in the wind tunnel actually also happen here.

“It’s not about, ‘The car is loose, what do we do to fix it?’ No. That’s not what they’re interested in right now, which in all fairness is the way it should be. The other teams don’t have their cars yet to work on them."

Servia and Montoya tested the universal kit this summer at Indianapolis Motor Speedway, Mid-Ohio Sports Car Course and Iowa Speedway. Both were back today in the same cars: Servia in a Honda prepared by Schmidt Peterson Motorsports and Montoya in a Chevrolet prepared by Team Penske. For the other three drivers at today’s test, it was their first experience with the universal kits following three seasons of aero kit competition between the two manufacturers. Newgarden took over in the afternoon for Montoya in the Team Penske Chevy, Hinchcliffe shared the SPM Honda with Servia, Pigot drove an Ed Carpenter Racing Chevrolet and Dixon a Chip Ganassi Racing Honda.

“I’ve been reading what Juan and Oriol have been saying about it, and they’re right – it’s more (reliant on driver input) in the cockpit now," Pigot said. “I enjoy that. It’s a new challenge. Before, we had a lot of downforce and it was pretty stuck, pretty planted. We still have plenty of downforce, but not quite as much. You definitely have to take a different approach and not rely so much on all of that downforce."

While speed wasn’t the point – but stopping was – brakes were at the top of the checklist for drivers and engineers. Early input was mixed.

“I don’t know if you could hear it from the pits, but I was locking up the rears in every turn," Servia said. “I’m fighting a little bit with the team right now because I cannot really brake. It’s just so loose. But they’re not letting me work on (the setup). It’s a little frustrating, but I understand it. This is the job we have. … That’s why they came here. This is the hardest place on braking. It’s similar to St. Petersburg or Long Beach."

Working closely with teams were engineers from Honda, Chevrolet, Firestone and Cosworth, which will provide telemetry, steering wheel and dash components for the 2018 car.

“We just put the car together last week," said Allen Miller, Honda Performance Development’s race team leader. “We updated everything since Sonoma, put all of the new kit in it and then came down here and tried to sort through all the communications issues. That took quite a bit of time this morning. There’s still more to do, but we were able to make it functional to run, and that that was the main goal."

The test also drew other Verizon IndyCar Series drivers eager to get behind the wheel of the latest generation of chassis bodywork. Sebastien Bourdais drove over from his home in nearby St. Petersburg to watch. Newgarden donned a Team Penske headset in Montoya’s pit before getting in the car in the afternoon. Jeff Olson/IndyCar