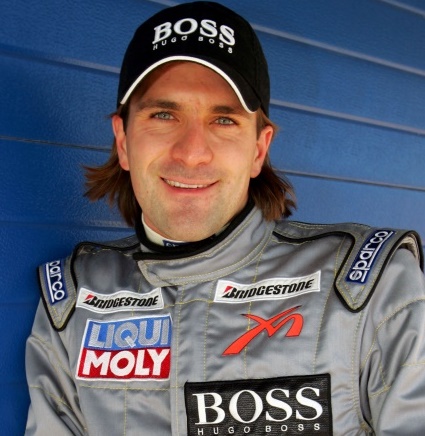 UPDATE German hopeful Markus Winkelhock is unlikely to land the 'Friday' role or even a secondary test spot at Midland's F1 team in 2006.

The 25-year-old, despite impressing at the wheel of a Jordan at Jerez last Saturday, suggested to 'Auto Motor und Sport' that the role carries a high price tag.

''Now we are going to see if we can find a few sponsors,'' he told the German publication.

Nonetheless, Winkelhock agreed that his father Manfred – the former grand prix driver who was killed in a sports car when Markus was just five – 'would have been proud' to see him test in Spain.

And he revealed that talks with the 'MF1' team are not over.

''I will talk on the telephone with Colin Kolles this week.

12/12/05 Markus Winkelhock has joined the running to land the 'Friday' role at Midland's 'MF1' outfit.

The 25-year-old son of former grand prix driver Manfred Winkelhock, of Germany, was the quickest of a trio of young hopefuls at the wheel of a 2005 Jordan at Jerez on Saturday.

''My desire is to become the test driver for this team,'' he told the German press in Spain.

Tarso Marques said last week that he had already signed a preliminary agreement and was simply 'standing by' for the call.