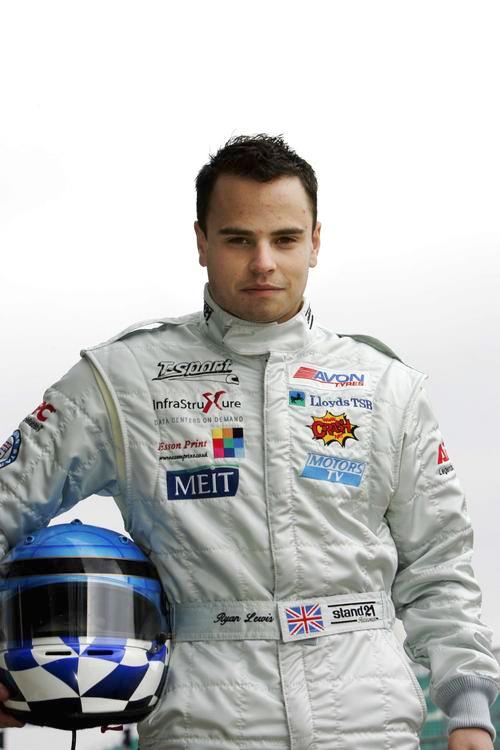 Ryan Lewis returned to the UK this weekend after an exciting two-week trip to the United States to try his hand at Formula Atlantic racing. The 2004 British F3 Scholarship Champion is eager to move upwards in his single-seater career and believes that America offers the best chance of progression.

Ryan's first taste of a Formula Atlantic car came at Buttonwillow Raceway in California, where the 21-year-old drove for the Conquest Racing Team. Despite a few technical problems Ryan was immediately on the pace and earned praise from Team Principal, Eric Bachelart.

“Ryan did a really good job in varying and deteriorating track conditions," said Bachelart after the test. “I was greatly impressed by his level of professionalism and the way he integrated with the entire team. If he comes to the Atlantic series in 2006 he is definitely going to be a strong contender."

Staying on at Buttonwillow, Ryan then began testing for the Brooks team. Again he was on the pace straight away. He had to share a car on the second day due to technical problems but still managed 60 laps and finished the day as the fastest driver. John Brooks, Brooks Associate Racing, Team Principal commented:

“It was good to work with Ryan; he is quick, professional and will be a great asset to any Atlantic team in 2006. His European race background will make him quick from the word go."

“Formula Atlantic is my best opportunity to go forward as it seems to me that the ladder is much shorter," said Ryan on his return home. “If I stay in Europe then I have to go to the World Series or GP2 and stay there for at least two years; but if I do well in Atlantics the opportunity is there to progress very quickly to Champ Car. The cars are fun to drive; they are different to F3 cars in that they have a different aerodynamic set-up. They are ground effect cars and therefore pitch sensitive. The trick is to keep the car as flat as possible but once you master that it's ok. I hope we can get the right deal done as I think I'll enjoy America. The quality of life is good, Atlantics looks like just the challenge I need and I'm motivated to make a success of it."

News of Ryan Lewis' destination for 2006 will be announced soon.