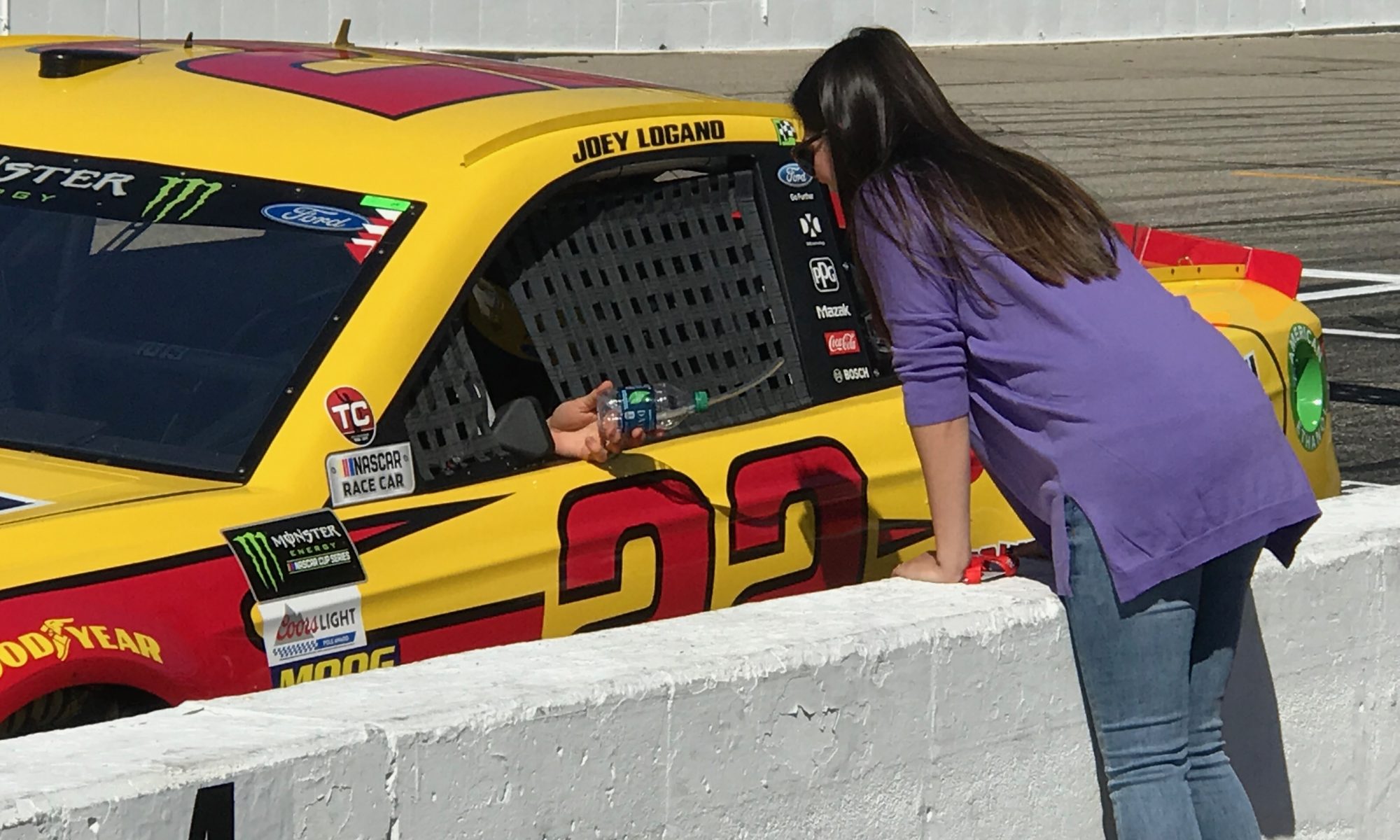 Joey Logano was forced to strap in, put on his helmet and sit on pit road in the No. 22 Ford for the duration of a 50-minute Cup series practice Saturday at New Hampshire Motor Speedway. NASCAR cracked down on Logano and his Team Penske team because the car failed inspection four times before Friday's aborted qualifying attempt.

NASCAR teams routinely hold cars for allotted periods of time during practice for various infractions. But NASCAR said it was the first time a Cup driver was benched for the entire practice.

"I had time for a lot of thoughts in there," Logano said. "Mainly that it's a total joke. I don't know why it has to be on pit road. There's no reason to sit out there. It's dumb."

Logano shook hands with fans, and some snapped selfies with the car as the rest of the field sped by during practice.

"I just think it makes our sport look dumb," he said. "I think we can accomplish the same thing in a more professional manner."

Logano wasn't alone in criticizing NASCAR for the decision. Dale Earnhardt Jr., long NASCAR's most popular driver, tweeted that it was "silly" to make Logano sit on pit road.

"I've no issue with making him miss practice. Him sitting on pit road with what amounts to wearing a dunce hat is highly unnecessary," Earnhardt tweeted.

Kurt Culbert, managing director of integrated marketing and communications, fired back at Earnhardt on Twitter: "Don't do the crime if you can't pay the fine. Simple logic here. EVERYONE knows the rules on this one."

"But the "hold" part of the practice hold is to be held on pit road. That's intended to be part of the infraction (as is missing track time)," Culbert tweeted.

Teams signed off on the escalating punishment structure in the offseason and knew the consequences of messing with the car for inspection.

The dunce caps and playground taunts briefly swiped the headlines from the other pressing NASCAR playoff hot topics, such as spoiler tape, encumbered finishes, driver twitter spats and lug nuts.

Logano was runner-up in the championship standings in 2016 but failed to make the playoffs this season. Logano's lone win this season, which normally would have guaranteed a playoff spot, was ruled encumbered. NASCAR essentially stripped him of all benefits that came with his April win because of a rear suspension violation.

Logano joked with his crew and fellow driver Clint Bowyer in the garage that he should bring lawn chairs or maybe put a food tray on his car and place an order. One positive was that Logano had a brief visit with his pregnant wife, Brittany, while he sat and watched practice like a fan. More at ESPN/AP