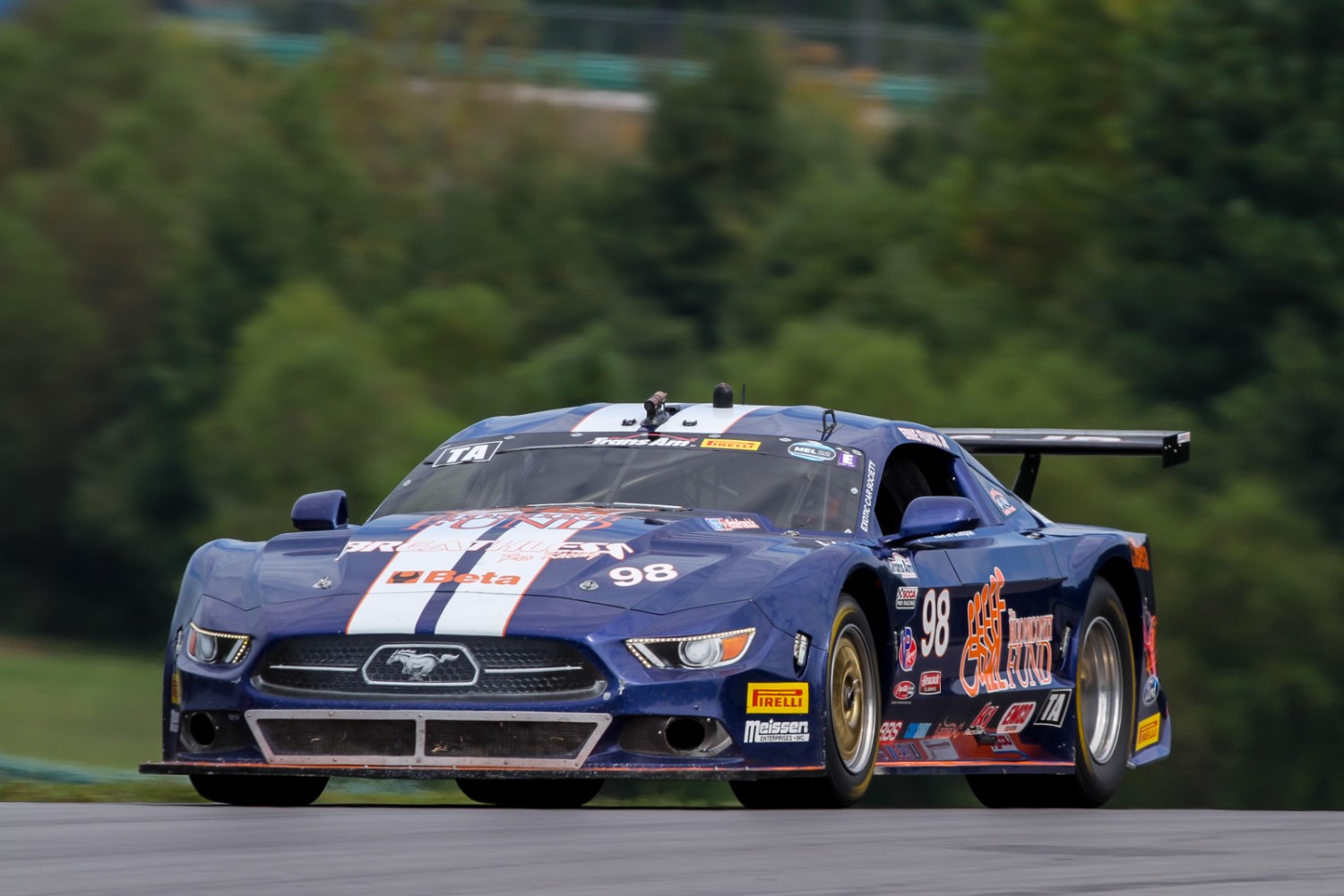 Francis enters the round atop the TA class point standings, well on course to capture the 2017 championship after making the jump from the TA4 class at the start of the season. Across the ten Trans Am competitions so far this season, Francis has secured the overall win six times, with three of those wins coming off the back of pole position starts.

Starting alongside Francis come tomorrow will be Paul Fix in the No. 4 StopFlex/ClassicTube/CarCoach Chevrolet Corvette, making his second Trans Am appearance of the season. Fix, the 2015 and 2016 TA class championship runner-up, has won the past three Trans Am races at VIR and stands tied with Francis, who holds three TA4 wins, as the most decorated Trans Am competitor on the Virginia course.

The last minute addition of Shane Lewis, in the No. 6 Derhaag Motorsports Chevrolet Corvette, paid dividends for Derhaag Motorsports with Lewis, a full-time TA2 competitor, securing third starting position after a 1:47.763 lap in preparation for his first-ever TA class start.

With the penalty enforced, John Baucom, in the No. 86 Baucom Motorsports Ford Mustang inherited fifth starting position after a 1:49.829 lap of his own.

In the TA3 class, Tim Kezman, in the No. 14 Fall-Line Motorsports Porsche 911 GT3 Cup, captured his first pole of the 2017 season behind a new class qualifying record 1:52.130 lap. Kezman enters the weekend on the backs of a Watkins Glen victory, his second win of the season, a race where he started in second position behind Cindi Lux.

Lux, in the No. 45 Lux Performance Dodge Viper ACR-X, turned a 1:52.323 lap of her own, just short of Kezman to secure second starting position—setting up a repeat of the Watkins Glen’s TA3 front row.

In TA4, Brian Kleeman secured his eighth pole of the season by way of a track record 1:58.512 lap from behind the wheel of the No. 07 DWW Motorsports Ford Mustang. Kleeman has been nearly untouchable in TA4 competition this season, with six wins in eight appearances— and now holds a 40-point advantage atop the class’ point standings.

Starting alongside Kleeman will be Todd Napieralski, in the No. 39 Chevrolet Performance/ TREMEC Chevrolet Camaro, who turned a 1:59.048 lap of his own. Napieralski currently holds second position in the championship points and, like Kleeman, has frequented the podium this year with six appearances in seven competitions.

Steven Davison, in the No. 2 DaVinci Plastic Surgery Aston Martin Vantage GT4, completed the TA4 top three with a 2:02.931 lap of his own.