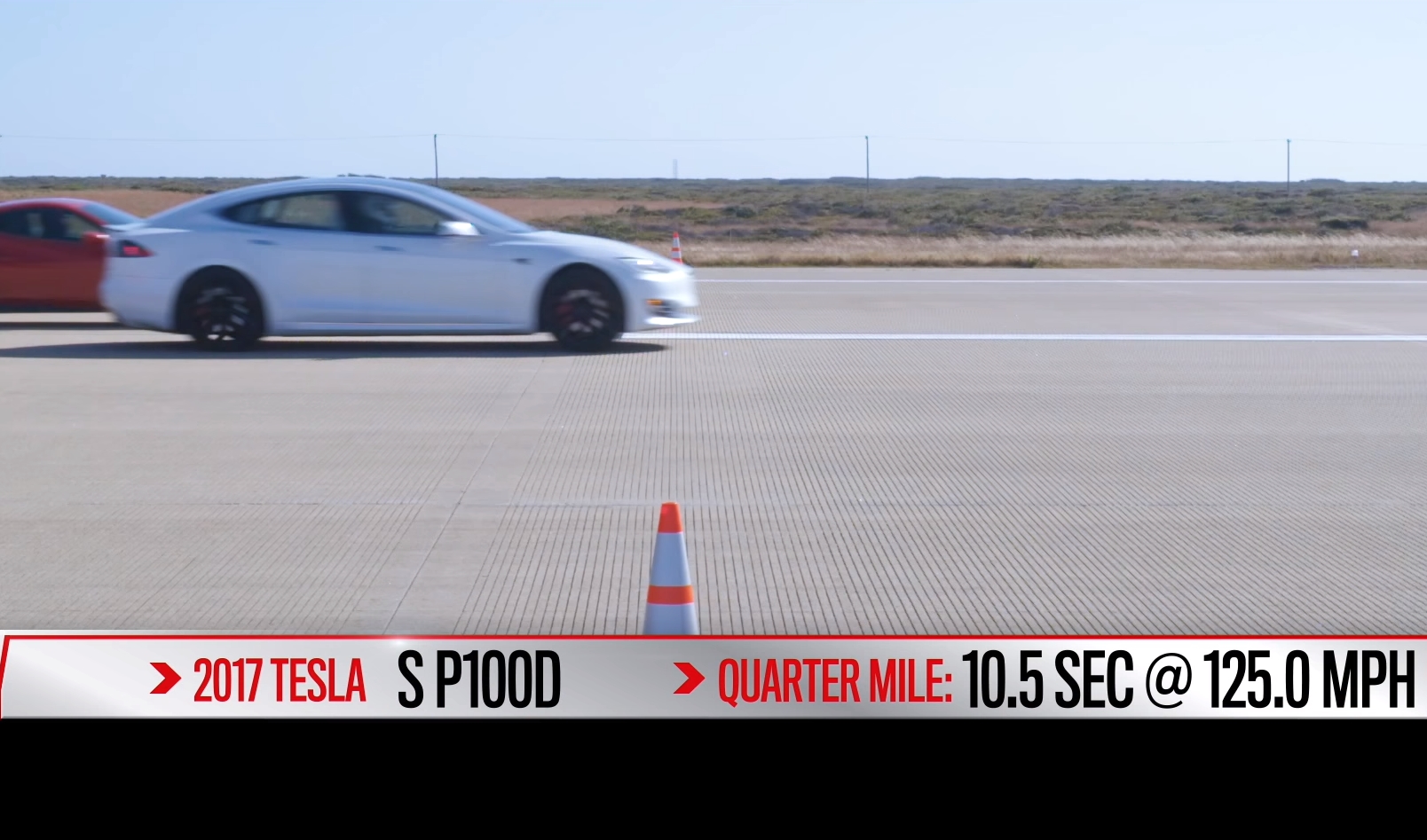 Once upon a time, electric vehicles were considered, well, kinda boring. Tesla has managed to change that in a big way thanks to a lineup of sleek, capable cars that are actually fun to drive, but if you’ve got a lead foot and a thirst for speed, would you really consider a Tesla before the likes of Ferrari, Porsche, Mercedes, and McLaren? If the results of Motor Trend‘s “World’s Greatest Drag Race" are any indication, the answer is a resounding “YES."

The race, which has become an annual event for the automotive publication, pits the fastest new cars against each other in a single quarter-mile sprint to crown a champion. This year’s throwdown included tire-smoking cars like the Ferrari 488 GTB, Porsche 911 Turbo S, Nissan GT-R NISMO, and the Aston Martin DB11. With twelve gas-guzzlers on the starting line, Motor Trend decided to slip in a car that does things a little differently: the Tesla Model S P100D.

When the dust settled, the P100D stood triumphant, edging out the Ferrari and Porsche 911 by just fractions of a second, with the rest of the pack trailing behind the leading trio. Its victory, while certainly worthy of celebration for Tesla, was almost a no-brainer thanks to the fact that the P100D already holds Motor Trend’s record for fastest 0-to-60 acceleration. That said, over a longer sprint, the Tesla would likely have handed over the lead to Ferrari’s monster.