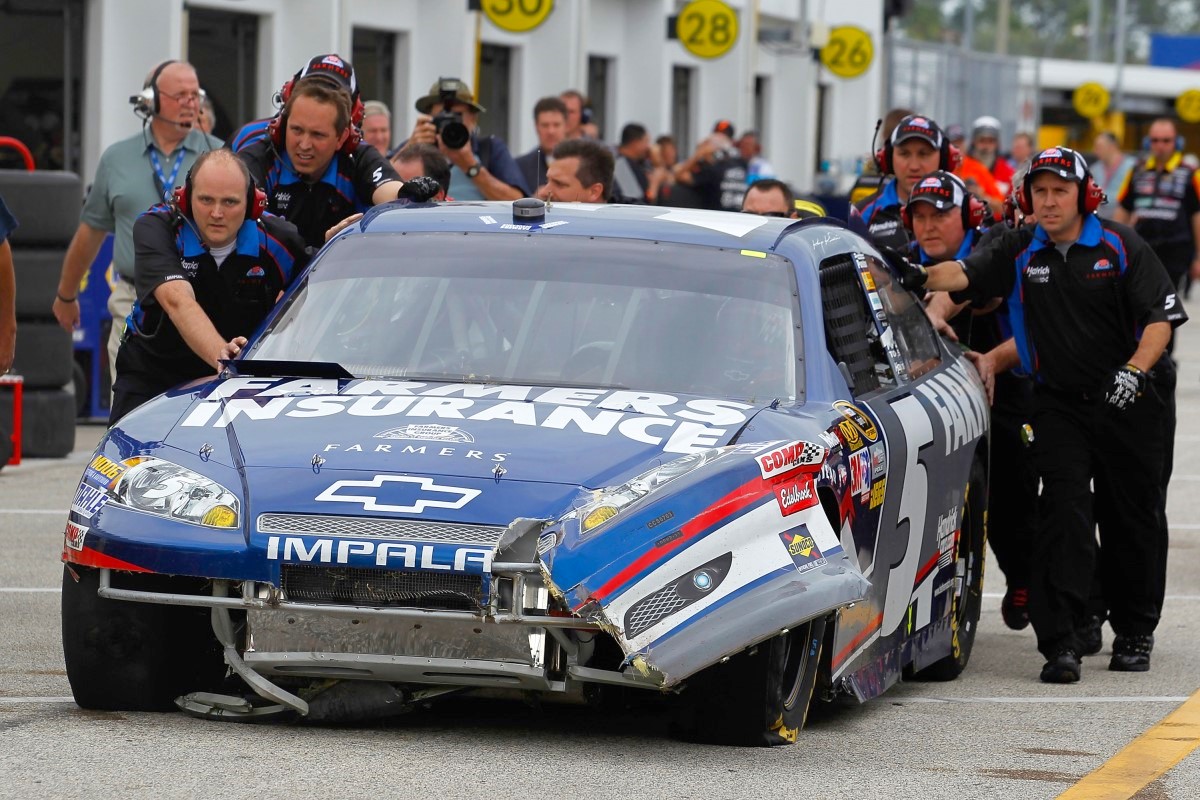 Farmers Insurance paid Hendrick Motorsports about $660,000 per race over the last six seasons in which Farmers was the primary sponsor for Kasey Kahne, according to contracts from the deal writes Bob Pockrass of ESPN.

The company announced last year that it would not renew the deal, and Kahne was told in August that he would not return to the team next season.

The sponsorship contracts are part of a lawsuit filed by Sports Marketing Consultants against Hendrick Motorsports over a dispute regarding the percentage of commissions owed on the deal.

During the first contract for the 2012 to 2014 seasons, when Farmers Insurance was the predominant sponsor, there was a performance clause and bonus structure.

When Farmers sponsored fewer races from 2015 to 2017, no performance clauses or royalties were paid.

Among the other details in the sponsorship contract and the lawsuit:

* Each contract contained a morals clause. In the 2015-2017 contract, Farmers can immediately terminate the deal "if driver is convicted of any felony, performs any irresponsible act or an act which materially and publicly prejudices sponsor, is convicted of driving under the influence, arrested, charged or indicted for driving while intoxicated, arrested, charged or indicted for any act involving drugs, controlled substances, sexual misconduct or illegal firearms or weapons possession or is convicted of any similar crime."

* Farmers received six annual "hard card" passes for its personnel to get into races and four single-event hot garage passes — allowing the holder to be in the garage area while cars were in action — for every primary race.

* Farmers would get one race suit, helmet and set of gloves that were used during the season.

* The initial $43.88 million, three-year deal resulted in $3.38 million in commissions to the broker.

Hendrick Motorsports said it was aware of the lawsuit but declined comment. Bob Pockrass/ESPN