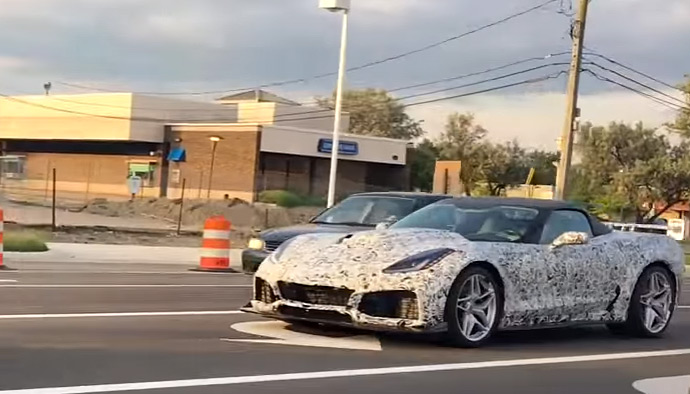 The ZR1 Corvette was caught testing recently looking production ready in both coupe and convertible derivatives, along with showing off its two distinct aero packages. The coupe wears a hardcore GT wing and a front splitter capable of plowing snow; while the convertible gets the same front end treatment but pairs it with a much smaller pedestal wing on the deck. The cars also share a set of directional spoked 5-star wheels, albeit in different finishes.

Rumors about the ZR1’s expected powertrain continue to fly, an upgraded version of the Z06 and ZL1’s supercharged LT4 seems most likely, but there is an outside chance Chevrolet could surprise us with an all-new DOHC V8, allegedly known as LT5. Shifting will almost certainly be handled by either the Corvette’s tried and true 7-speed manual or an optional 10-speed automatic.

We still don’t know when the new ZR1 will be officially unveiled, one popular theory has GM pulling the sheet at Road Atlanta when IMSA rolls into Georgia for Petit Le Mans next month. If that fails, there’s still the LA Auto Show in November or the North American International Auto Show in Detroit next January. Autoguide.com