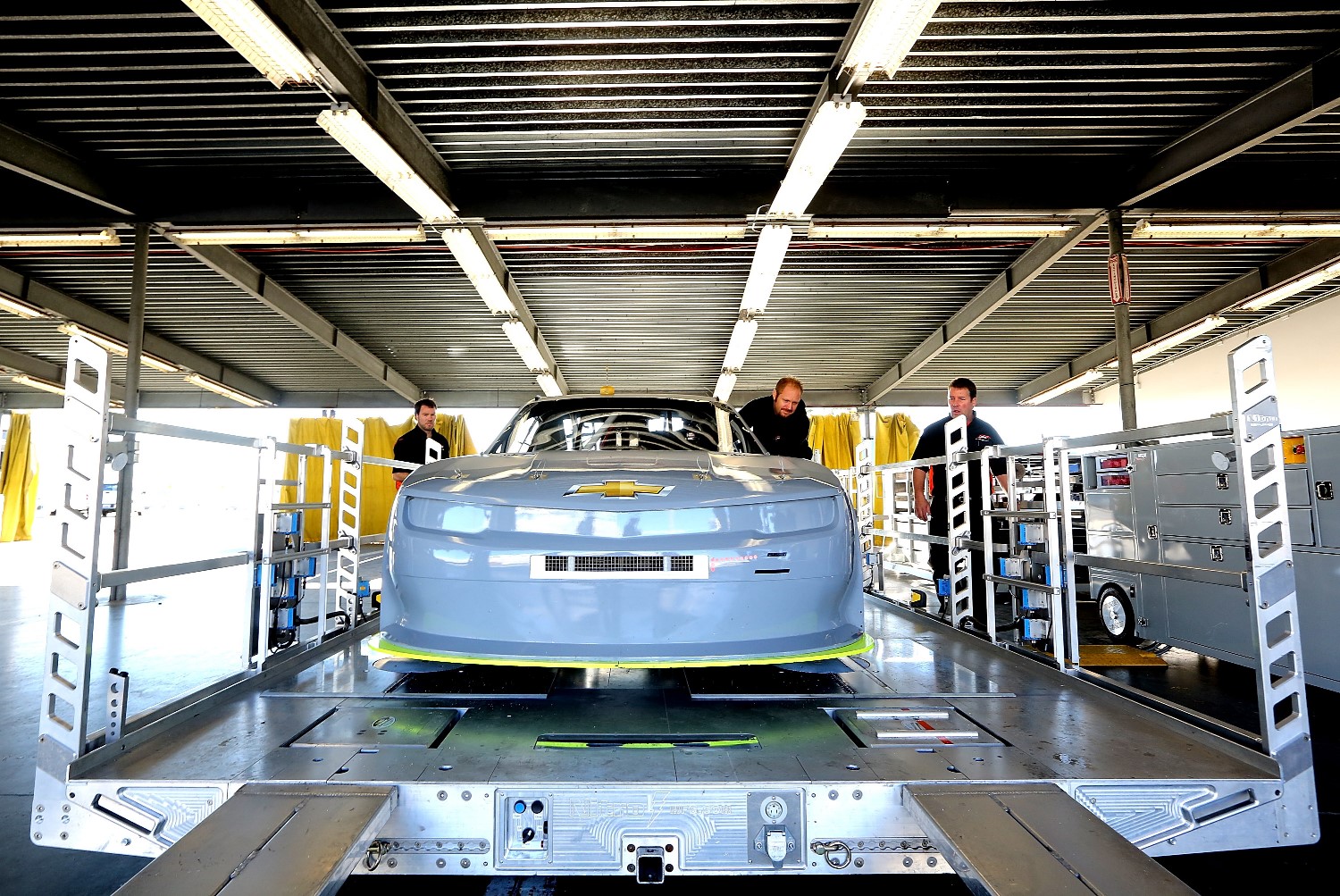 NASCAR is running a new tech bay through a dry run this weekend at Chicagoland Speedway. Featuring 17 cameras, it can measure the body as well as other measurements, combining NASCAR's template station and its laser inspection station. NASCAR hopes to use the new tech bay next year, where it can turn about a six-minute process for those two inspection stations into about a 90-second process. ESPN

NASCAR will streamline its at-track inspection process next season, with a rollout of the new system coming this weekend at Chicagoland Speedway.

Playoffs teams – and most likely their teammates – will not be run through the new system. NASCAR officials are not looking to disturb the Playoffs. However, officials want those not competing for the championship to begin acclimating to the new system by testing it a few times during the postseason.

Shown to reporters last week at the NASCAR R&D Center, the sanctioning body is aiming to be more efficient with its system.

Here's a breakdown of how it will work:

Beginning in 2018, the at-track inspection process will consist of three stations, which is down from the five currently used. Those three stations will be Engines, Chassis and Templates / LIS. The Templates / LIS system is what will be handled in a new way. This station is an enclosed structure that will house no fewer than 17 high-definition black and white cameras and eight projectors. Inspected here will be the conformity of the vehicle's body – currently completed as part of the template grid and template module stations – weights and the skew of the car, which is currently inspected at the Laser Inspection Station.

The cars will be rolled up onto a platform so they can be put under the scrutiny of the cameras and projectors. The cameras will take pictures eight times a second as a full-body scan of the car is done. The report from that scan is expected to go to both NASCAR and the teams.

In simple terms, when looking at the body scan, green means good. Anything in red will be an indication further inspection might be needed. RACER