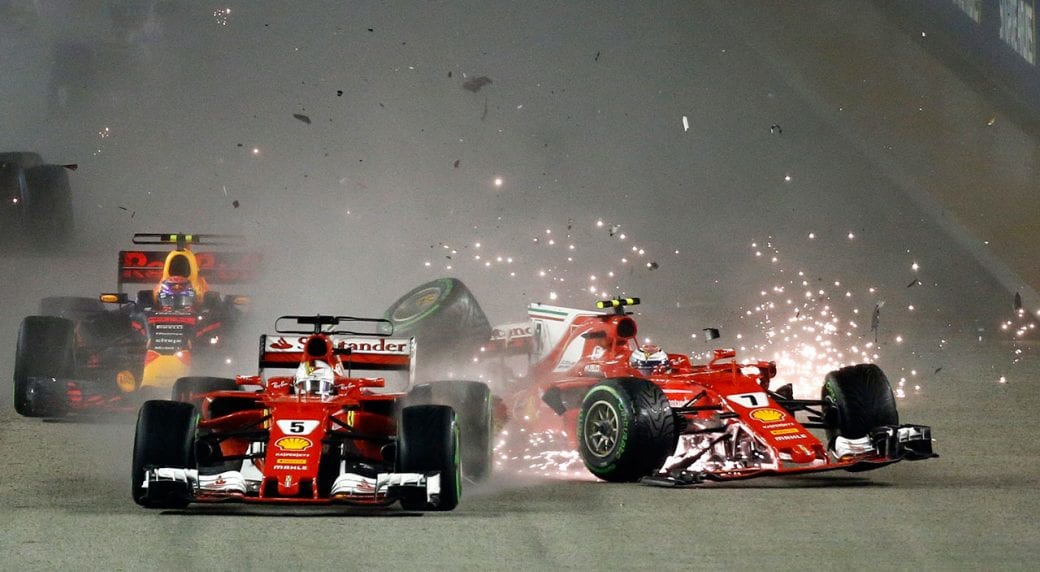 The FIA took no further action following the collision between Max Verstappen, Kimi Raikkonen and Sebastian Vettel on the first lap of the Singapore Grand Prix.

The three drivers were taken out of the race on the opening lap after coming together on the run down to Turn 1. Following the race, the stewards reviewed video footage of the incident and talked to all three drivers, but came to the conclusion that no driver was predominantly to blame.

"The driver of Car 7 had a very good start and was able to attempt overtaking of Car 33 on the left hand side. At the same time, Car 5 which had a slower start, moved to the left hand side of the trackÍ¾ Car 33 and Car 7 then collided resulting in a chain collision with Car 5 and ultimately Car 14 (Fernando Alonso) at the next turn. Cars 7, 5 and 33 had to retire immediately as a result of the incidentÍ¾ and Car 14 retired some laps thereafter.

The Stewards consider that no driver was found to have been wholly or predominantly to blame for the incident and will therefore take no further action."

After the race, Verstappen said Vettel was to blame for squeezing him towards Raikkonen, while the official Ferrari Twitter feed claimed Verstappen had taken both its drivers out of the race. Red Bull boss Christian Horner weighed in after the race, saying "anybody that tries to apportion any blame on Verstappen needs their eyes testing."