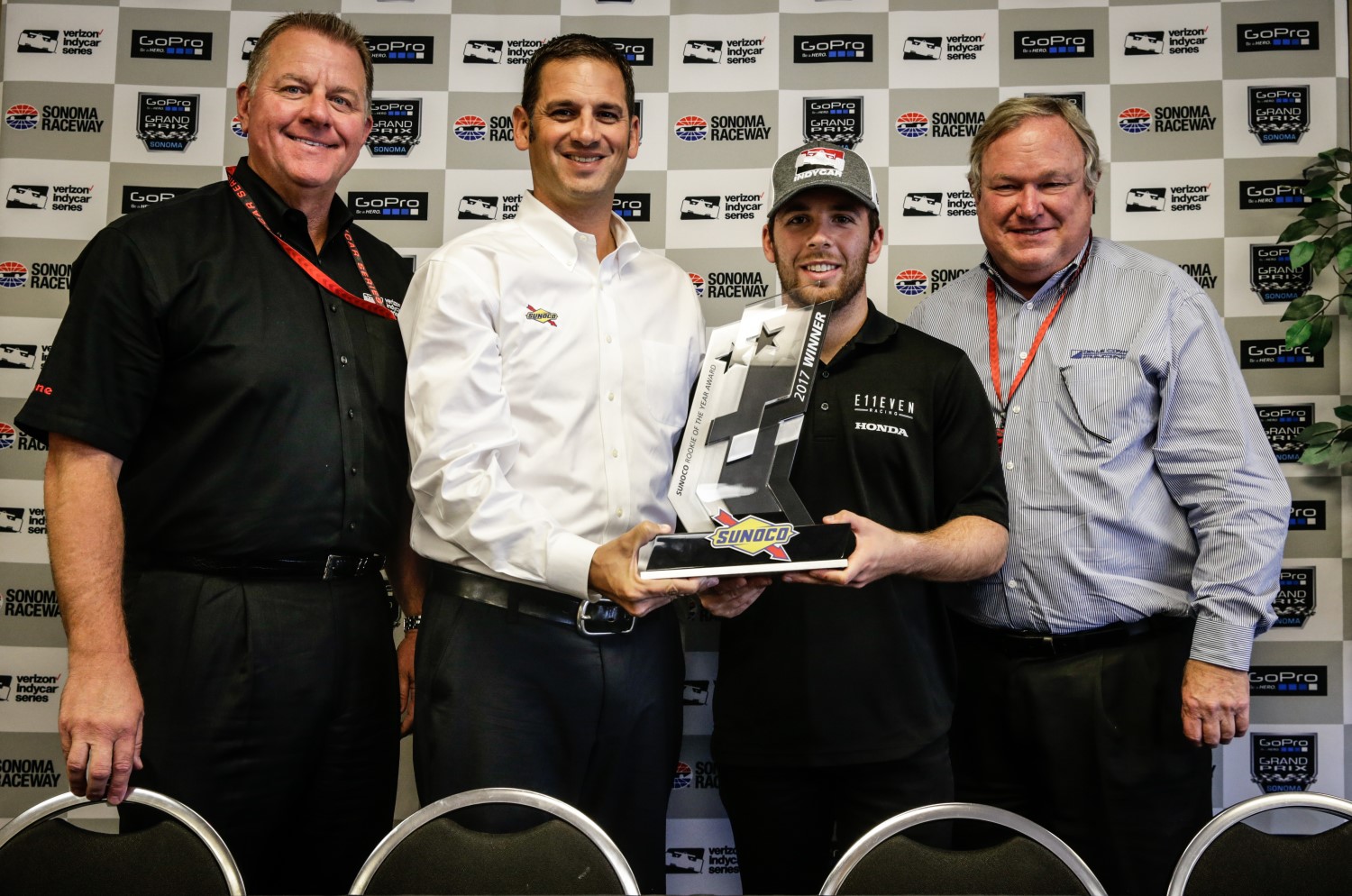 Dale Coyne Racing driver Ed Jones was presented the Sunoco Rookie of the Year award for the 2017 season in a news conference today at Sonoma Raceway. The only full-time rookie in the Verizon IndyCar Series this season, the 22-year-old from Dubai has impressed with five top-10 finishes to date – including a memorable third-place finish in the 101st Indianapolis 500 presented by PennGrade Motor Oil in May.

"I feel like as a driver, I got stronger (as the season progressed)," said Jones, driver of the No. 19 Boy Scouts of America Honda. "Early in the season, I had some really great results. I was driving well, but also a lot of things fell my way. I was pretty lucky in that sense.

"Now I think we've gotten better, me as a driver, also bonding with the team."

Jones, who also earned $50,000 for winning top rookie honors, qualified 18th for Sunday's season finale. He is 14th in the standings, but with double points available in the race, has his sights set on moving up.

"If we can have a good race this weekend, we can get ourselves back up there, maybe just outside the top 10," he said. "If we can do that, it will be a great job."