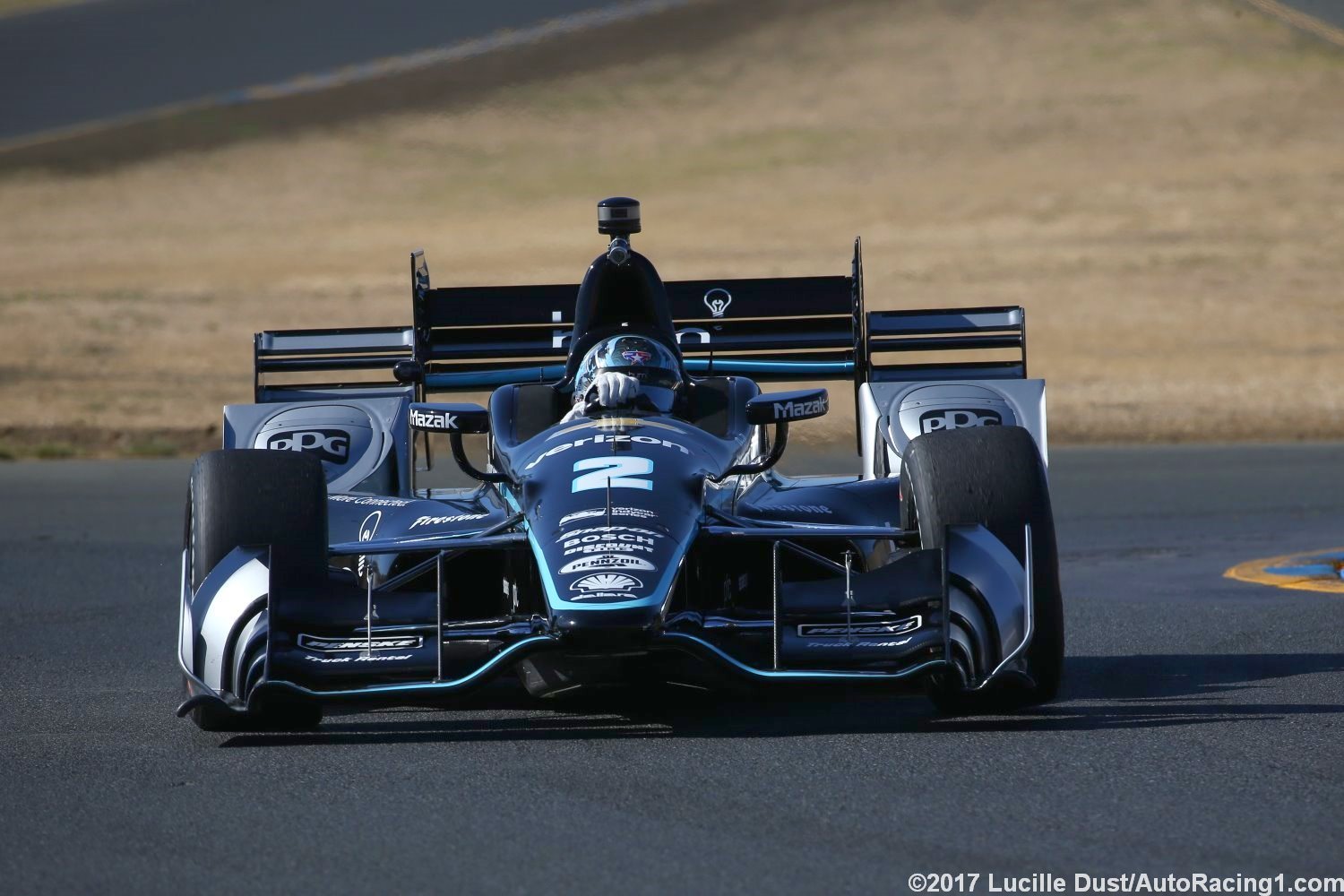 UPDATE Busy afternoon here in Sonoma. Ed Jones was presented with the Rookie of the Year award. Jones, driving the number 19 entry for Dale Coyne Racing, was most deserving of the award. Chevrolet was awarded the Verizon IndyCar Series Manufacturer Championship.

The temperatures have not gotten as warm as predicted. It is a windy 76 degrees now. The Firestone Fast Six is quickly approaching for the 22 IndyCar drivers.

09/16/17 During the practice session, AR1 spoke with Mark Miles, CEO of IndyCar. We asked when we can see the 2018 schedule. Miles stated IndyCar will release the final schedule on Sept 25 or 26. The reason it is not done is the series it trying to finalize the Mexico City race which would happen in the early part of August 2018.

We spoke with Jack Harvey, driver of the Schmidt Peterson Motorsports number 7 entry, after the practice session about his plans for next season. 'I don't have the money to run all season", replied Harvey. "Might see me part time somewhere." We are thinking he would be a good fit for Ed Carpenter Racing, running the road courses while Ed Carpenter runs the ovals.

During the practice session, Simon Pagenaud, Scott Dixon and Will Power were all faster than Pagenaud's track record of 1:16:2530 in Q1 last year.

Good morning from sunny Sonoma Raceway. The morning temp is 69 degrees now but at 3:30 pm today when the IndyCars qualify for the GoPro Grand Prix of Sonoma, it will be 80 degrees.

"I think it was a good session for us – good two sessions, really," said Newgarden, in his sixth Verizon IndyCar Series season and first with Team Penske. "I feel like the Penske cars are fast. We've had obviously a lot of test time, more than others recently. We had (a private team test) last week and then the (series) open test Thursday as well, so it's plenty of track time hopefully for us to sort out our stuff.

"I feel like we've done a pretty good job with that and I think that reflected in the times today from the whole team. We're all pretty close and have a good handle, I think, on what we want. It's a matter of putting that together in qualifying."

Four-time Verizon IndyCar Series champion Scott Dixon is second in the standings, three points behind Newgarden. The Chip Ganassi Racing driver was seventh on the combined speed chart today with a lap of 1:16.5863 (112.109 mph) in the No. 9 NTT Data Honda.

"We're right there, though, and we'll have to see how things shake out for qualifying," Dixon said. "I think we need to bring a little more speed and see what happens. Qualifying is one thing, and I think last time we won this (in 2015) we qualified ninth, so anything is possible, really."

Michael Andretti, owner of Andretti Autosport, announced his new driver for the number 26 for 2108, Zach Veach. This makes an all American lineup for his team. Andretti was quite proud that he could move Veach up the complete Mazda Road to Indy ladder Series and get him a long term contract in IndyCars.

Veach, a 22 year old native of Stockdale, Ohio, has been working on this deal for a couple of years. “I'm extremely excited to share this dream with Group One Thousand One," Veach added, "as they care for helping others through life as do I. I'm looking forward to working with them and helping inspire all ages to follow their bold dreams like me. I want to thank Dan Towriss, Group One Thousand One, Michael Andretti and the whole team at Andretti Autosport for this opportunity."

We ran into Esteban 'Guti" Gutierrez in the paddock yesterday. Looking happy, Guti talked about his efforts to get back into an IndyCar next season but did not have anything secured with a team as of yet. Guti remarked that he now had the experience of the few tracks that he drove this season to enhance his chance of driving IndyCars in 2018.

The one piece that I feel we are missing as we wind down the 2017 season is the schedule for next year. Many of the tracks have already announced their schedules and have started selling tickets to IndyCar events. Not sure when the official announcement will be.

The final practice session of this season is at 11 am this morning.