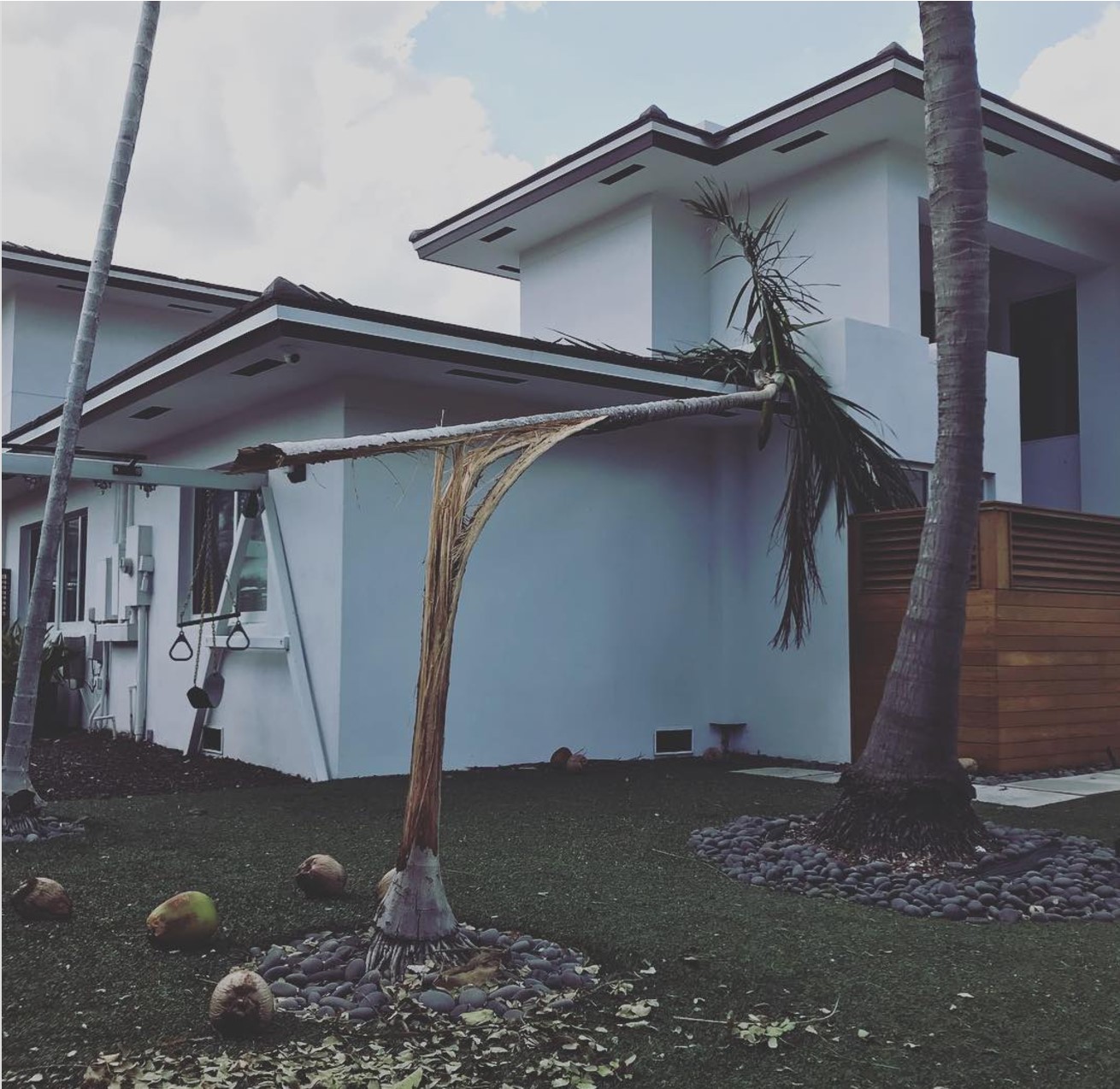 Tony Kanaan's home in Key Biscayne is still without electricity. Water came up to the front steps but did not get inside the home of the 2013 Indianapolis 500 champion.

Three-time Indy 500 winner Helio Castroneves evacuated his family to Atlanta. His home in Fort Lauderdale is about a mile from the beach.

Part of a tree landed on his roof but his home had little damage. "Fortunately, we didn't have any flood, we didn't have any extensive damage," Castroneves told us. “Unfortunately, we lost a little bit of a palm tree that I had there which I really like it, but it couldn't resist the high winds from Hurricane Irma. A little bit of damage on the dock as well but I tell you what, everyone is really lucky."

2014 Indy 500 winner Ryan Hunter-Reay's home suffered roof damage with a tree that fell on the house. He and other drivers said they were feeling fortunate to avoid more serious problems.

The drivers below in Fort Lauderdale and Miami are breathing a sigh of relief this morning as two things have happened – 1) the hurricane has moved further west and the east coast of Florida is going to miss the brunt of the storm and 2) it made landfall over Cuba overnight and the hurricane is much less defined now. The West Coast of Florida is now in more danger, putting Sebastien Bourdais' home in St. Petersburg in Irma's sights. However, Irma is weakened so let's hope it turns out OK for him.

The following current and former IndyCar drivers with homes in southern, Florida are worried because they are in the direct path of powerful hurricane Irma:

There may be more, but these are the ones we are aware of.