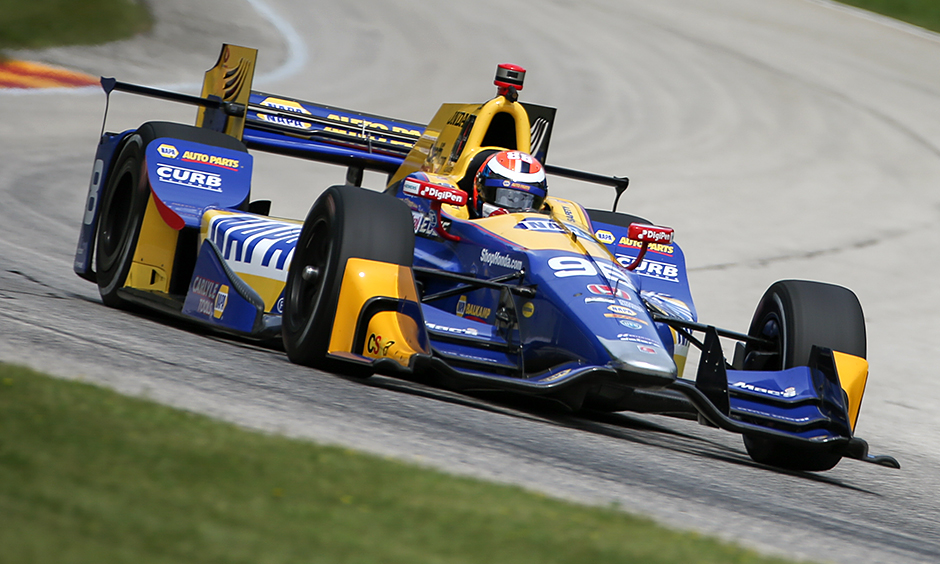 In this Racer article, Alexander Rossi explains how important family has been to his career:

I want to take a moment to explore the not-often-discussed topic of family in motorsports. In my first RACER column way back in March, I wrote about how a driver is nothing without his team, and that this is one of the most team-oriented sports an athlete could take part in. But what also defines motorsports is the families behind the drivers that grant us the opportunity to do what we love, because it's not just a job, it's a way of life.

Let's start with our parents. My Mom and Dad, like those of many other racing drivers, sacrificed an unbelievable amount of time, energy, heartache and money into a sport that has no set path for what it takes to be successful, no school to train and develop skills, and next to no scholarships to help grant your child the chance to even see if they like the sport in the first place.

Their friends called them crazy for even considering spending the amount of money that they did on a 10-year-old. It's true, they may have been – but my parents had such a burning desire to give me an opportunity that it didn't matter. My father had a full-time job running his own company and had zero racing background, yet would spend every free moment sitting up until 2 a.m. learning about go-karts and preparing them while I was upstairs blissfully asleep. He would then wake up at 5 a.m. to go into the office.

My mother supported my dream by allowing me to switch to homeschooling, and dropping everything she knew to travel with me and help me grow and develop outside of the race car and in a normal childhood environment. They went so far as to buy a motorhome, and we proceeded to go on the road 45 weekends a year, all in pursuit of a dream that their now-12-year-old son supposedly had.

Fast-forward 13 years, and my father has still never missed a race, has rarely missed a test, and is my absolute rock in terms of everything that goes on in my career. He is someone I can trust to always have my best interest at heart as we navigate the very complex business of motorsports. All of this despite having absolutely no knowledge of the sport until I began go-karting, but rather an immeasurable amount of time and effort put into understanding and working through the nuances of this business. I would not have lasted a second in this sport without the guidance and incredible commitment of my father and entire family.

Next comes the family that we choose (i.e. the wives and girlfriends). Before I get into this, I need to explain something. Races, tests, and sim sessions don't end when we leave the racetrack. They remain with us the entire time until we are next in the race car.

Right or wrong, racing is not a job that we leave at the office – it is something that we think about pretty much every moment we are awake, and most of the time that we are asleep. Replaying moments, considering car setup, analyzing past years, debating choices, and discussing options for the future are always at the forefront of our thought process. When something is that engulfing, there is obviously going to be an emotional cause and effect. When we have a bad day in the car it stays with us, and affects our mood and behavior when we get back home.

Enter the family waiting there when you walk in the front door. Not only did they allow you to take on the inherent risks that we all know exist with driving race cars, but they preemptively accepted the mood you were going be in when you arrived back home. And there is rarely judgment, complaints or criticism. It is just pure joy if you win, and consolation if you don't. One example that I have had the privilege of witnessing is of my teammate, Ryan. As we all know, he is one of the most gifted open-wheel drivers of our generation. He has won the 500 and a championship, all the while having a growing family of now three pretty awesome boys.

The fact that he is able to compartmentalize his job while still putting such a priority on his wife and sons is nothing short of inspiring, and I know takes a very special group of humans – ones who eat, sleep and breathe racing. So many people talk about the sacrifice that drivers have to make, and while that is true, what is too often overlooked is the sacrifices that those around us choose to make. They didn't grow up with a dream of drinking milk, spraying champagne, or being one driving a machine at 240mph; however, they embrace it with entirety and selflessness.

In addition to that, consider the cast and crew that put us on track each weekend. For every car on track, there is a crew of at least 12 men and women that pack a suitcase countless weekends each year to back our dreams. That means for every car on the track, there are at least 12 families sacrificing time with their husbands, fathers, daughters… These crews just might see our faces more than they see the faces of their loved ones.

As we are reaching the closing stages of this year's IndyCar championship and the pressure ramps up, this column is a shout-out to the ones who helped us get to this point and gave us the chance to chase our dreams against all odds, and also to those who sacrifice the normality of their own life to support us while we go and play race car. They are the ones who understand that racing is not something that is just fun or an adrenaline rush on the weekend – it is what defines us. Thank you, because without you, we'd be nothing.
-AR