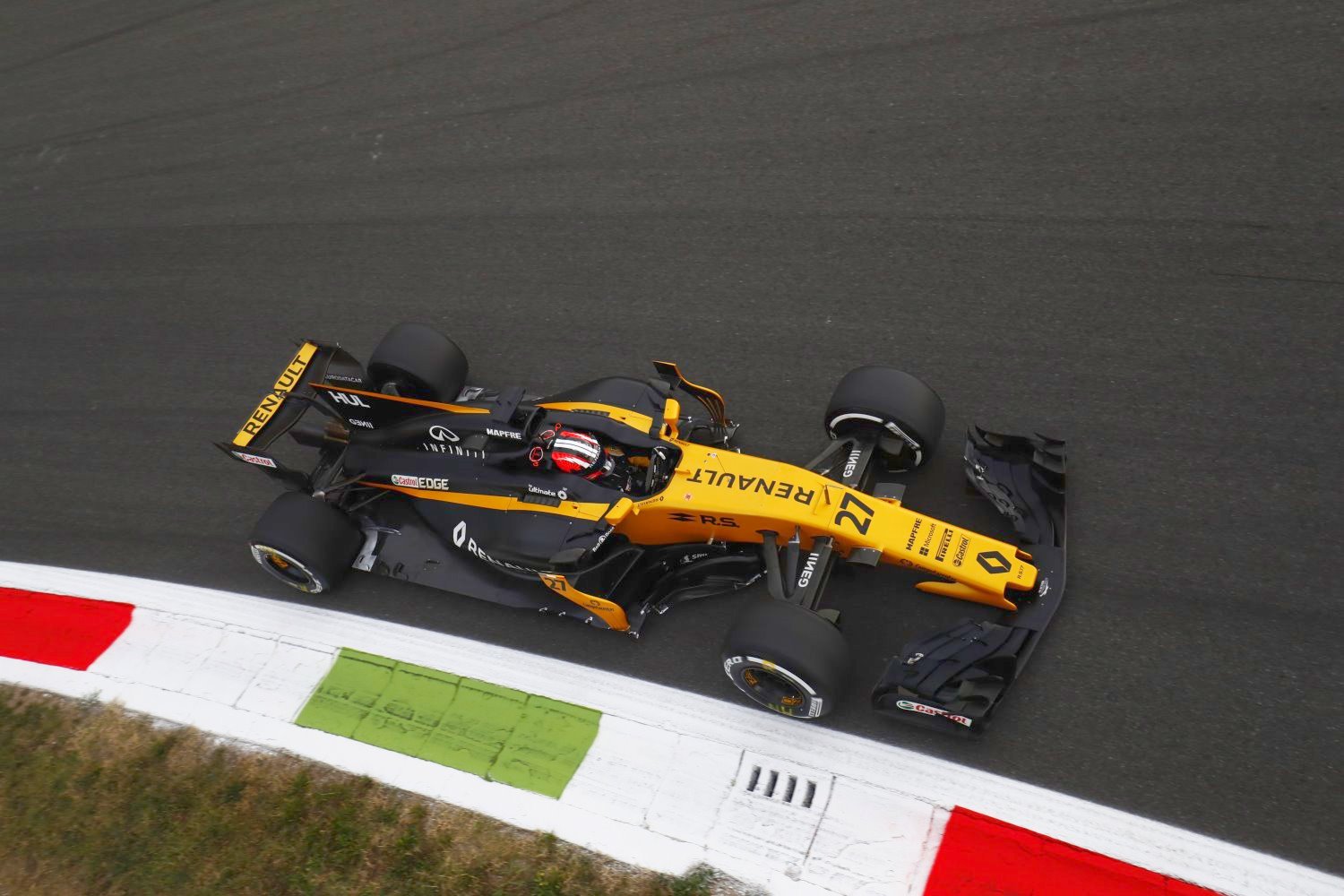 (GMM) The signs are growing by the day that McLaren and Honda are poised to split.

As he waits for the saga to unfold, out-of-contract team driver Fernando Alonso has reportedly removed all reference to McLaren and its hapless Japanese engine supplier from his official Twitter profile.

Former F1 team owner and boss Gian Carlo Minardi thinks the die is cast on a McLaren-Renault deal for 2018.

"During the delayed qualifying session at Monza, Zak Brown apparently signed an agreement with Cyril Abiteboul," said the Italian.

Minardi said he thinks the deal will be announced this week, with Honda staying in F1 by switching to the junior Red Bull team Toro Rosso.

"As I say this, Honda's Yusuke Hasegawa is apparently flying to Japan to draw up the new program," he added.

The Belgian newspaper La Derniere Heure reports that the saga could end over the course of the coming weekend.

Hasegawa is quoted as sounding pessimistic that the McLaren-Honda relationship can be rescued.

"We want to stay with McLaren, but our next big change (upgrade) is not planned until Suzuka," said the Japanese. "We're going to run out of time to convince them."

Championship leader Lewis Hamilton has completed running with Pirelli as part of the company's tire testing program for the 2018 Formula 1 season.

Unlike title rival Sebastian Vettel, Hamilton carried out just a handful of laps during the corresponding tests last year, as Pirelli prepared to introduce wider tires for 2017.

However, Hamilton confirmed at the Italian Grand Prix that he had volunteered to assist Pirelli at Paul Ricard, which will host the French Grand Prix when it returns to the calendar next year.

Hamilton racked up 114 laps in Mercedes' W08 on Thursday, testing prototype 2018 tires, in warm and sunny conditions in southern France.

As per usual, the test was carried out 'blind', meaning neither driver nor team was aware of the compounds being used, while data will be shared between all squads.

All 10 Formula 1 teams are involved in tire testing at various stages this year, running 2017 cars, unlike last season, when only Mercedes, Ferrari and Red Bull were active, supplying modified 2015 machines.

need to prove themselves further down the Formula 1 grid, before they are considered by the marque.

Ferrari has both Leclerc and Giovinazzi on its books, with the runaway F2 title leader part of its Academy, and Giovinazzi, last year's GP2 runner-up, its official reserve driver.

Leclerc and Giovinazzi were outside contenders for a 2018 Ferrari seat, before the team ultimately opted to retain Kimi Raikkonen to partner Sebastian Vettel.

Arrivabene wants the youngsters to prove themselves elsewhere on the Formula 1 grid before making the step to Ferrari.

"Talking about the young drivers, they are growing," explained Arrivabene.

"Our objective is to of course to grow up young drivers and maybe to see them in the future with us – this is the final goal.

"But, before that, they need to demonstrate in Formula 1 that they deserve it."

Giovinazzi is in the middle of a Friday practice program with Haas, but his 2018 options appear limited, due to the team's decision to continue fielding Romain Grosjean and Kevin Magnussen.

Leclerc, meanwhile, has been heavily linked with Sauber, which has yet to confirm its 2018 driver line-up, and is set to conduct five FP1 sessions at the team across the rest of the season.

Sauber is expected to form closer ties with Ferrari, having cancelled its planned Honda deal to return to using the marque's current-year engines, as opposed to the year-old units it has used in 2017.

When asked whether the Sauber/Ferrari partnership could extend to drivers, new team boss Frederic Vasseur said: "First of all, the deal is based on the powertrain.

"That means it's the engine and the gearbox, and then we will discuss together the fact that we could extend the deal on another parameter for some other parts.

"On the driver point of view, I think that if it's regarding Charles, for example, I think he has to be focused on the Formula 2 championship.

"There are still a couple of races to go and it's a bit too early to discuss about this. I hope we will have the discussion at some stage!

Williams' Deputy Team Principal Claire Williams says the operation "can't have another year" like 2017, as it strives to recapture its competitive position.

Williams, after a lean spell, surged up the order when Formula 1 introduced new regulations, taking back-to-back third places in the Constructors' Championship in 2014/15.

However, it slipped to fifth last year, amid sub-par development, and the team holds the position once more this season, albeit having scored fewer points than at this stage 12 months ago.

Paddy Lowe was recruited from Mercedes at the start of the year and Williams is hopeful that the team's current weaknesses can be addressed, in order to demonstrate improvement in 2018.

"As you would expect someone of Paddy's caliber has a plan," Williams commented.

"Ever since he joined us he's been undertaking a full analysis of the team back at the factory but also the race team operations on the ground trackside in order to understand where the weaknesses lie.

"We've gone through that as a board and now we're looking at how we allocate resources moving forward into 2018 so that we can address those weaknesses.

"I think a lot of our weaknesses appeared at the mid-point in last year's season and we can't go into another season having the same issues that we've had.

"So we have full trust in Paddy but also we've brought in a number of other senior personnel to work alongside, so Dirk de Beer heads our aerodynamic department now as well.

"But as I said, we can't have another year like this."

Williams added that the focus on preserving fifth in the standings means the outfit has not yet turned its attention to its 2018 driver line-up.

"I think I've made it really clear that the team at the moment are focusing on the Constructors' Championship; we need to make sure that we consolidate our P5," she said.

"I don't think we're going to close the gap to [Force India], unfortunately, but there's a lot of teams behind us that would love to overtake us and take that P5, and we can't afford that.

"For us, the focus really has to be on track performance at the moment rather than diluting that effort with thoughts about driver line-up."

Formula 1 has used 1.6-litre V6 turbocharged power units since 2014, and earlier this year agreed a proposal to introduce simpler, cheaper and noisier engines for 2021

– A desire to maintain Formula 1 as the pinnacle of motorsport technology, and as a laboratory for developing technology that is relevant to road cars
– Striving for future power units to be powerful, while becoming simpler and less costly to develop and produce
– Improving the sound of the power units
– A desire to allow drivers to drive harder at all times

Current power unit manufacturers, as well as manufacturers not involved in Formula 1, have attended technical meetings on the subject, including Porsche.

Steiner feels that Formula 1 cannot make a regressive step when it settles on the defined parameters of the 2021 engine regulations.

"Formula 1 has to keep its high-tech momentum," Steiner explained to the official Formula 1 website.

"We cannot go back to something like a V8. Those times are gone. We can look back, but should not go back.

"We need to work with some kind of hybrid. How to make that hybrid work best for F1's needs?

"The engine manufacturers are challenged with coming up with the best ideas – having a firm eye on where the road car market is going.

"From the side of a private team, it would be great if the costs were under control."

Steiner added that Haas currently spends "something like 20 per cent of our budget" on engines.

"If we could bring that down to 10 per cent, that would be fantastic," he concluded.

Sebastian Vettel reckons Mercedes currently has "an edge" in the Formula 1 title battle but is adamant that Ferrari is still "strong", despite its lack of pace at last weekend's Italian Grand Prix.

Vettel won three of the opening six races to open a 25-point lead over Lewis Hamilton, but has triumphed just once since, a period during which the Briton has taken four victories, most recently at Monza.

In leading a Mercedes 1-2 on Ferrari's home soil, Hamilton claimed the title lead for the first time in 2017, and now heads Vettel by three points.

When it was suggested that, Singapore aside, upcoming events could favor Mercedes' package, Vettel replied: "I know how to read, but I don't really care what's written on the paper.

"They're all tracks that I like, to be honest, so I'm very much looking forward to them.

"I think we are here to race, so if it's hard it's good. Easy is boring. I think that's what we all want, and I'm definitely looking forward to it.

"At the moment you can say that Mercedes has an edge. On Saturdays they're very strong, which obviously has contribution to Sundays, it's not a big secret.

"But I think we are strong, we don't need to hide, and there's plenty of positives.

"I'm more focused on what's going on inside us, inside Ferrari, and it makes me quite positive, what's coming.

"We just need to see and then there's always the extra element of racing that you can't predict, that you can't put down on paper, and that's usually the most exciting bit."

Ferrari trails Mercedes by 62 points in the Constructors' Championship.