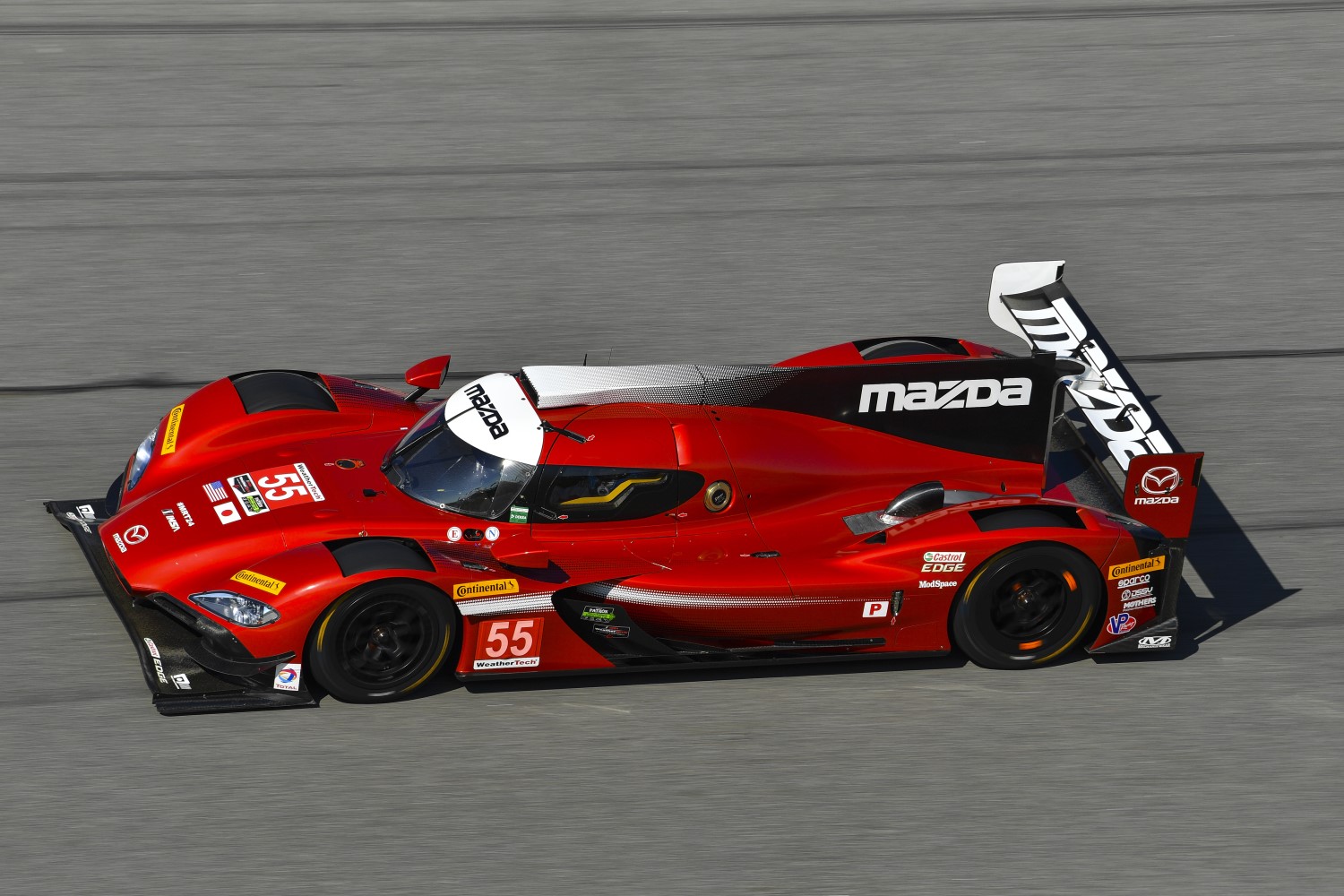 Multimatic’s Larry Holt says $1 million of updates have been put into the Mazda RT24-P DPi car, in what will also result in the likely re-homologation of the Riley Mk. 30 LMP2 chassis for 2018.

The Canadian firm is spearheading a significant overhaul to the prototype, which has struggled in both LMP2 and DPi form this year, with an eye to improve reliability and performance, primarily for the Japanese manufacturer’s reinvigorated DPi program with Team Joest.

According to Holt, who has taken over full control of the project after its initial partnership with Riley Technologies, the car will undergo updates over a three-phase program in the coming weeks.

A ten-day wind tunnel development program, led by Mark Handford, was recently completed with a scale model of the updated car, with on-track testing set to begin in the next two weeks.

“It’s all incremental," Holt told Sportscar365. “We didn’t [completely start over]. I’ve been keeping the ACO tuned in the whole way.

“In the next weeks, we’ll have the suspension and everything on a test car, and we’ll test that. Then there’s a second generation of that. The final stage will be a fully tooled car."

Holt said aero and mechanical updates have been made, with the biggest focus having been on solving the cooling issues that plagued the Mazda DPi.

“We for sure had some cooling anomalies," he said. “We learned about the trade-off between front downforce and getting air down the tunnels. We found some good solutions."

Among the developments include a new front underfloor and revised front splitter on the aero side, with new uprights, rear control arm, an inboard suspension configuration and new bellhousing, mechanically.

With the car having initially been overweight by 24kg, Holt said they’ve also focused on shedding weight in key areas, although have remained with the same tub design.

When asked whether the updates would all fall under the FIA and ACO’s one-time “joker" permitted for each LMP2 constructor in the four-year homologation period, Holt indicated the car may be re-homologated entirely.

“They’re not unreasonable people," he said. “I [was against] taking the car to Le Mans because we’d get embarrassed. But in hindsight, it showed the ACO and FIA that we need some help.

“The stake in the ground is, ‘We’ll help you get competitive, but we’re not going to help you become the fastest guy.’

“We’s just keeping them up to date, every day, on what we’re doing."

Holt said he expects the test car, built up at Multimatic’s base in England, to be shaken down at an airfield within the next 1-2 weeks before being handed over to Joest for initial testing in Europe.

The ex-Audi LMP1 squad will then transition its testing program to the U.S. in November with the final version of the Mazda DPi.

While “not chasing new car sales" Holt said he will provide free updates to both Ben Keating and VisitFlorida Racing’s Riley LMP2 chassis.

“For sure, Ben Keating and Spirit of Daytona guys, everything I’m doing, I’m committed to doing it all on their car, no charge. Both of those cars will be updated at no charge to them.

“Then it’s up to them on what they want to go and do from there.

“I’m very much focused on making sure the Mazda deal is right because I made a big commitment to John Doonan and I’m a man of my word.

“I’m burdening a lot of [the costs] but Mazda has been very fair. There’s things that occurred that were out of my hands, in the way the Mazda stuff went down."

Holt said he’s not actively pursing additional manufacturers for DPi projects, with his current focus solely on Mazda, although admitted Multimatic does not have an exclusivity deal with the Japanese manufacturer. Sportscar365