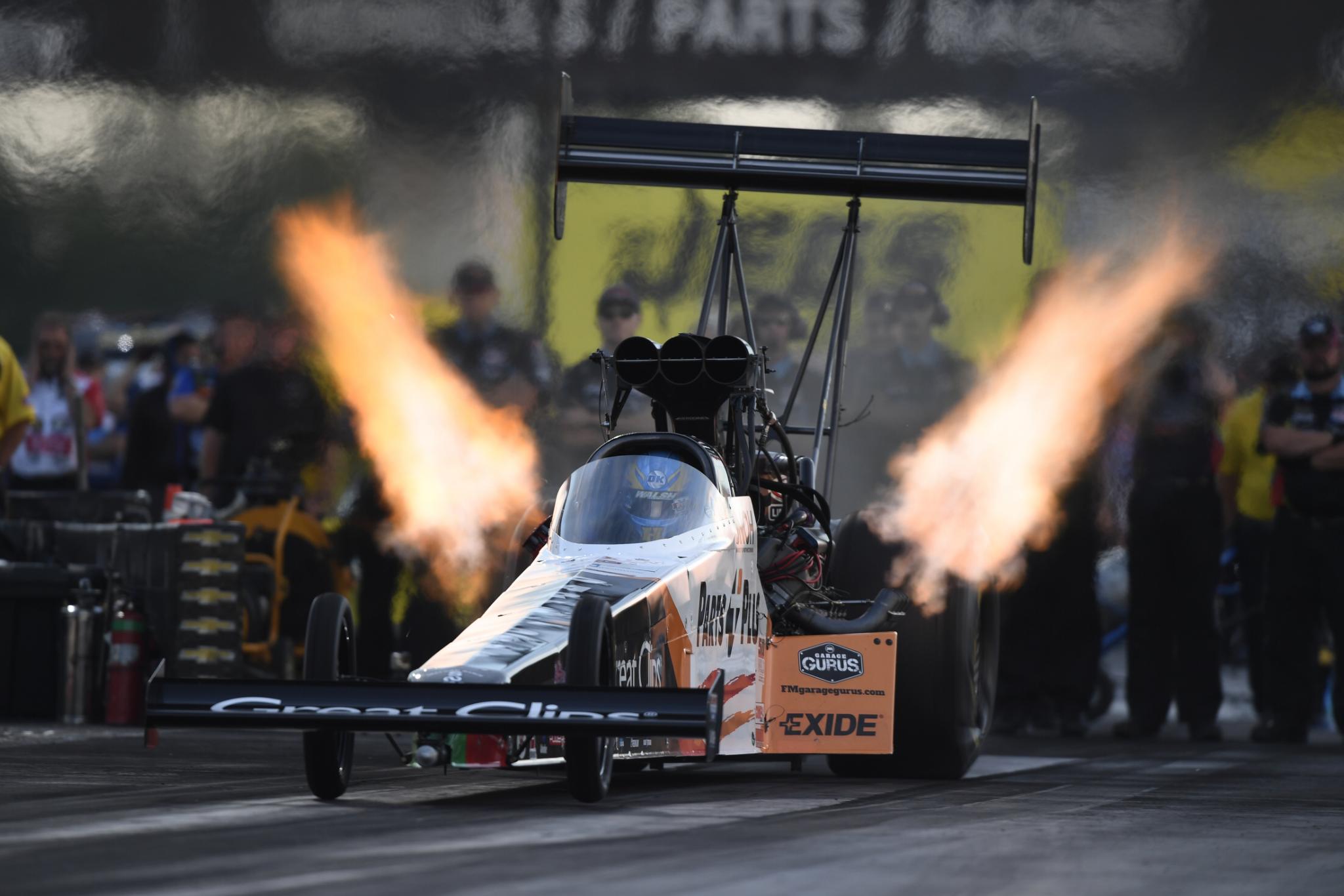 Millican set the Lucas Oil Raceway at Indianapolis Top Fuel elapsed-time record during the third of five qualifying sessions when he put up a 3.663 run at 329.10 in his Parts Plus / Great Clips dragster, while Hagan leads the Funny Car field heading into day three of qualifying with his track record run of 3.799 at 338.77 in the Mopar Express Lanes Dodge Charger R/T during Friday’s opening qualifying run.

In Pro Stock Anderson ran a 6.561 pass at 210.11 in his Summit Racing Equipment Chevrolet Camaro in the third qualifying round to take over the No. 1 spot from rookie Tanner Gray, and in Pro Stock Motorcycle, Krawiec raced to the top speed charts with a 6.822 pass at 196.62 on his Screamin' Eagle / Vance & Hines Harley-Davidson during his third qualifying run to bump teammate Andrew Hines to the second spot.

The third and final day of qualifying at the 63rd Chevrolet Performance U.S. Nationals begins Sunday at 11:30 a.m. Catch the action live at noon and 5 p.m. on FOX Sports 1 (FS1).