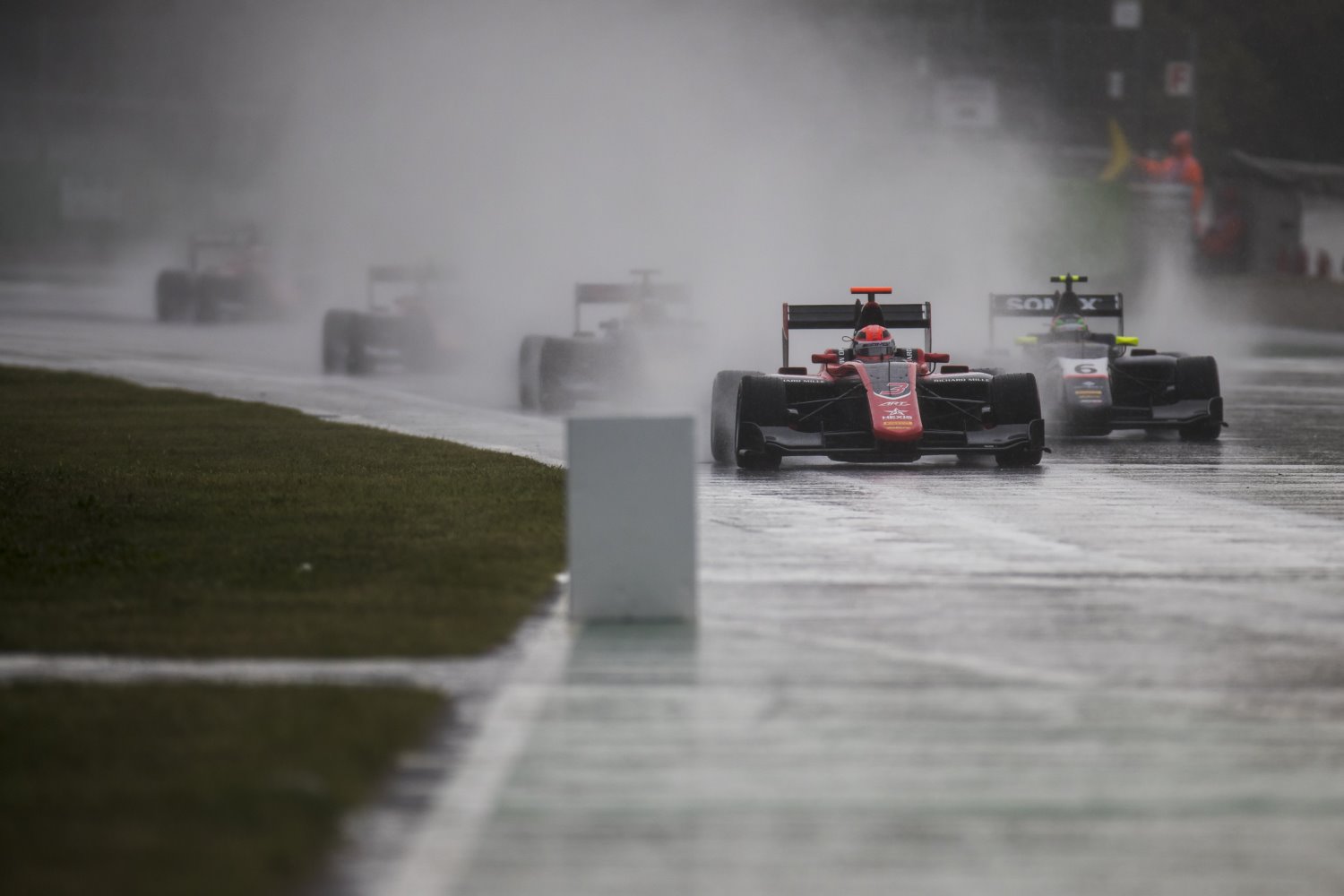 Nirei Fukuzumi has been handed pole position for this afternoon’s Race 1 at the Autodromo Nazionale Monza after this morning’s qualifying session was cancelled due to track conditions: the grid will be formed using yesterday’s free practice times, with the Japanese driver to line up ahead of ART Grand Prix teammates George Russell, Anthoine Hubert and Jack Aitken.

Heavy rain greeted the teams as they took their place in the pitlane: an early message advised that the session was delayed due to the conditions, and following a review by the track officials the call was made to cancel the session due to the excessive standing water and continuing rain.

As there is no time available between now and the race, qualifying could not be rescheduled: accordingly the grid will be formed from the classifications of free practice.

Fukuzumi noted: “Normally I want to get pole position in qualifying, but the conditions are quite bad for driving now. For the race it is a good opportunity for us to start from P1, and it is good for the Japanese fans with Nobuharu-san also in P1 from yesterday: I am used to racing in the rain from Japan, and I will look for a good result."