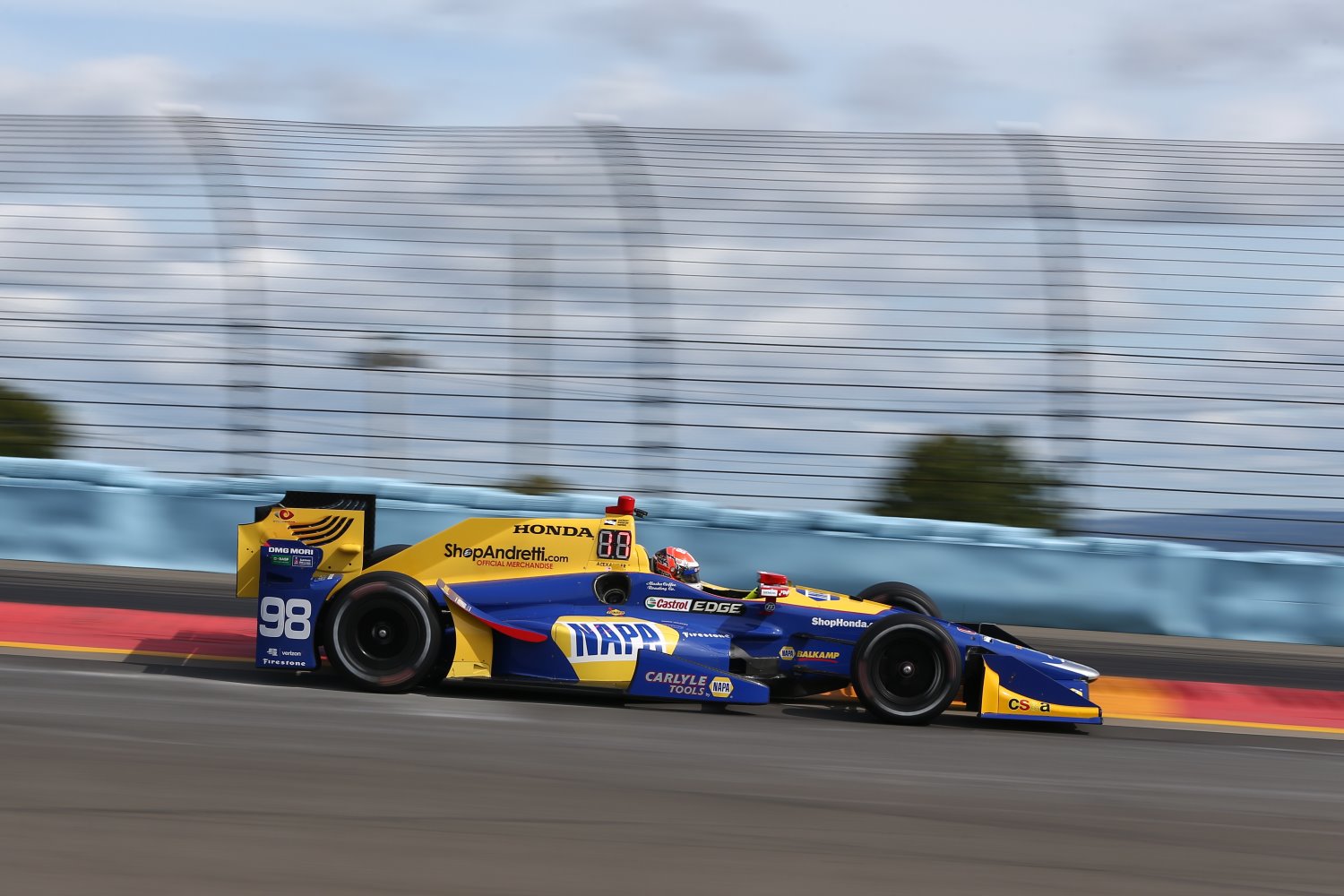 AR1 spoke with Alexander Rossi this morning about his progress with the Andretti Autosport team this year. We asked him if the reason the team was a little bit lost last year was due to the shocks.

Rossi, who just announced a multiyear contract to drive with Andretti Autosport, replied, 'Yes, that was one of the areas where we struggled last year, no doubt. But you can't pinpoint one thing. It's not like you can say, Oh, you need to make this type of damper with these parts, and you're all of a sudden going to go from 15th to first. That's not how it works. Dampers were one area where we weren't good.'

'Beyond that, there was other kind of just flow of setup, I guess, flow of kind of what we were doing through the weekend. There were guys kind of going different directions at times. The 98 car specifically, we were on an island a little bit."

"With the addition of Eric (Bretzman) coming onboard, the technical director, he kind of brought everything back into a circle, if you will, which was a positive, improved our damper program. We've improved everything from pit stops, car build. I mean, it's a whole lot of things to making a car fast than just the dampers you put on it."

"Also with the addition to my engineer, Jeremy Milless, brought another mental philosophy and approach from a different manufacturer, so we got some insight into that, what was working for them."

"Those two additions were I think the biggest kind of factors in terms of our improvement this year. On top of that, I think, yeah, the damper program and the way the IndyCar rules are laid out is fine. I think this is a premier auto racing championship, and there are some things that need to be left to development and left to teams. We see that even within that, you can have the entire field within 9/10ths. I don't think there's anything wrong with the model or what we're doing. If as a team you found something better in terms of car engineering and setup, you should deserve to win and it's up to us to catch them."