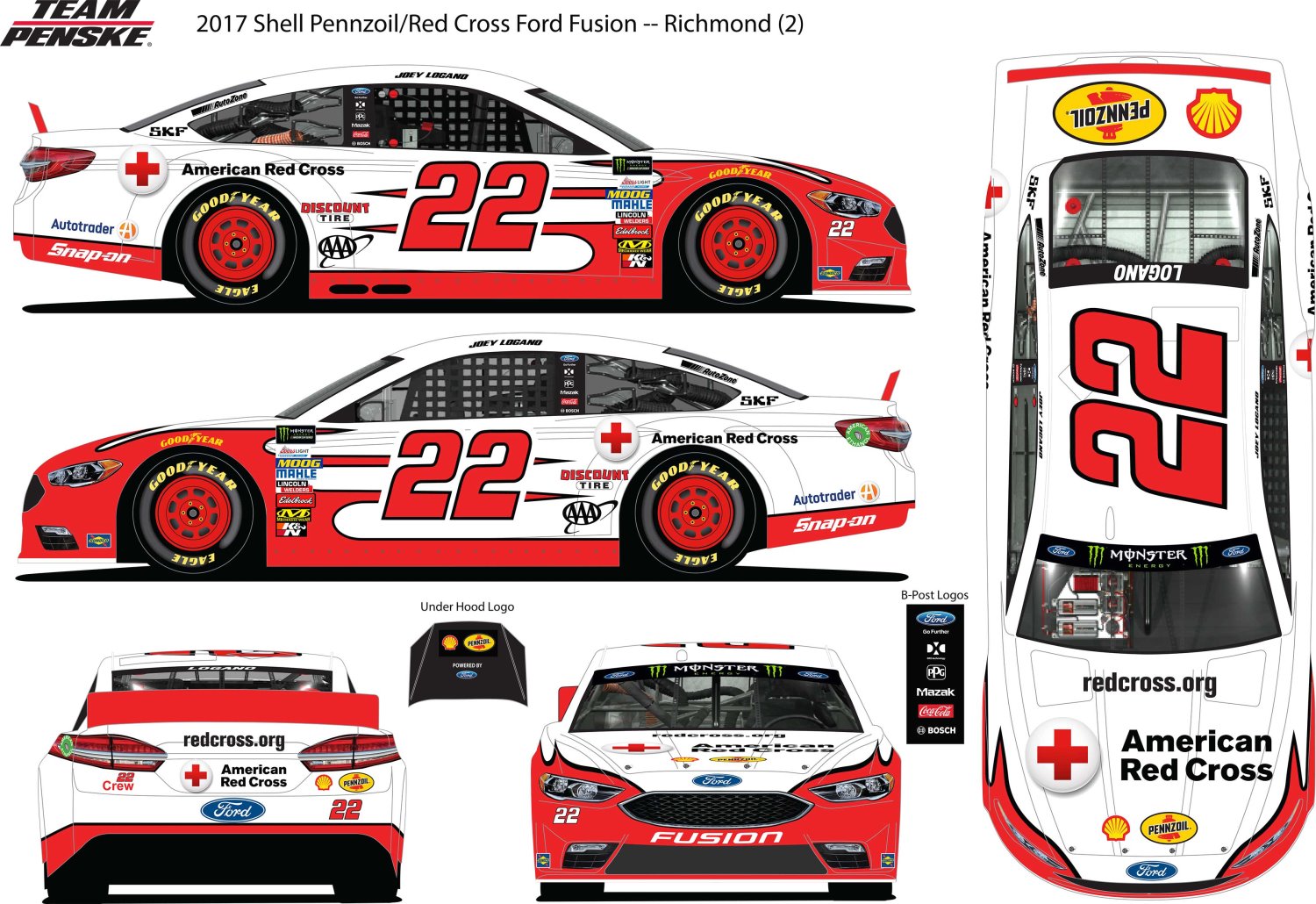 This week was to be a celebration of Shell and Pennzoil coming together in 2002 with a special paint scheme on Joey Logano’s No. 22 Shell-Pennzoil Ford Fusion at Darlington Raceway for the official “Throwback Weekend of NASCAR." Now, Shell and Logano are asking the NASCAR community to come together to help bring assistance to those impacted by the devastation caused by Hurricane Harvey.

Shell-Pennzoil will also forgo its traditional red and yellow paint scheme for a Red Cross-inspired look for next weekend’s Monster Energy NASCAR Cup Series (MENCS) regular season finale at Richmond Raceway, in hopes to draw more attention to the needs of the people affected by this historic natural disaster.

The American Red Cross is accepting donations on its website (www.redcross.org). You can text HARVEY to 90999 to donate $10 to the cause or go to https://joeyloganofoundation.com/donate-now/ to make your donation through the Joey Logano Foundation. All proceeds donated through JLF for the next 30 days will go to the American Red Cross Hurricane Harvey disaster relief fund.

“Our roots run extremely deep in Houston and we are committed to doing our part to help the city move on in the aftermath of Harvey," said Bruce Culpepper, Shell U.S. President. “Shell employs nearly 20,000 people in the U.S. and nearly half of them are being directly impacted by Harvey."

“Houston and the Texas Gulf Coast have suffered a disaster of historic size – one that is going to take months if not years of recovery," said Logano. “In the last couple of days, we have seen sports icons and organizations step up for Texas and the Gulf Coast. With our strong ties to Shell and the community, we wanted to rally the passionate NASCAR base for this cause as well."

A special logo for the American Red Cross will also be carried on the TV panel of the No. 22 Shell-Pennzoil Ford Fusion this weekend in the Bojangles’ Southern 500 race at Darlington.