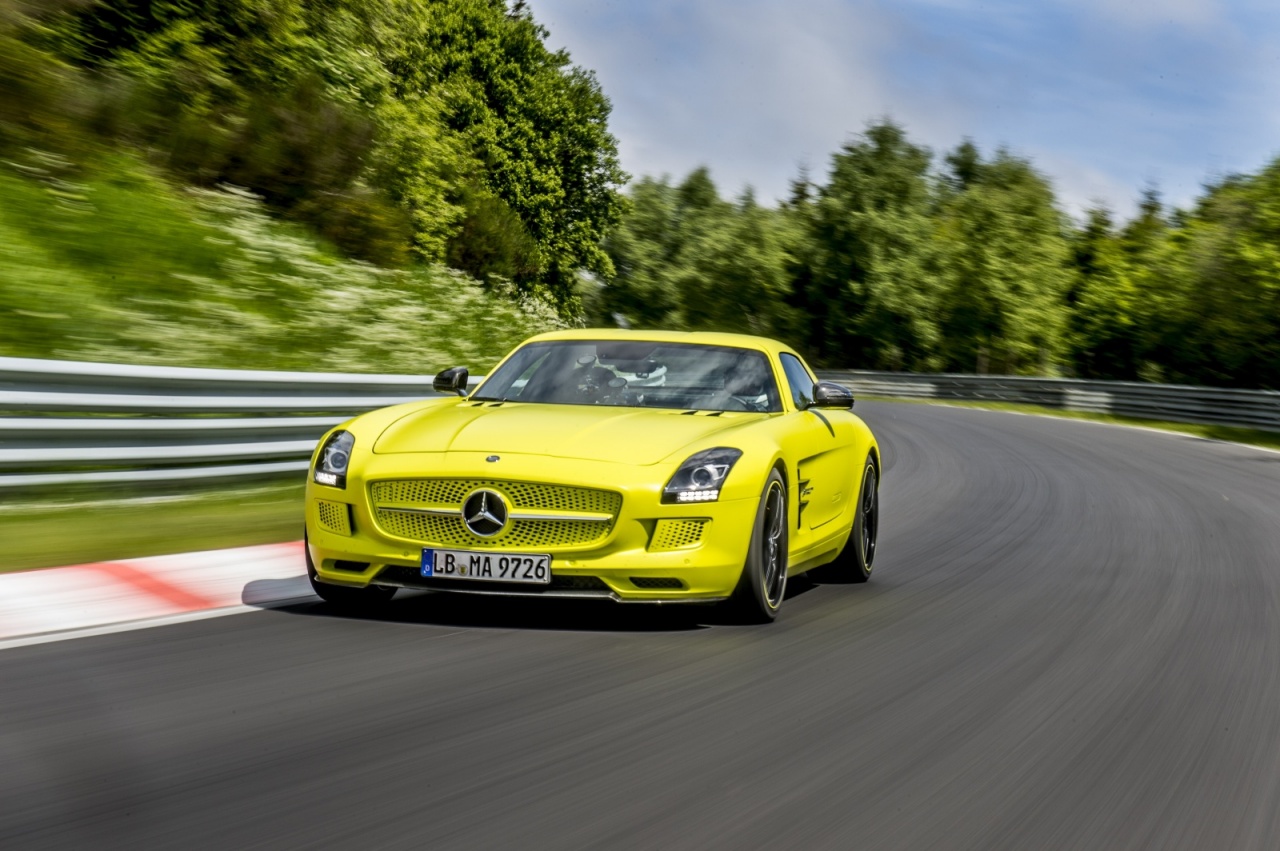 Mercedes-Benz released a video teaser of the upcoming Mercedes-AMG car that will be unveiled at the 2017 Frankfurt Motor Show, referring to the 2012 Mercedes-Benz SLS AMG Electric Drive.

It’s expected that German manufacturer is preparing Mercedes-AMG Project One – the F1-engined, electrified hypercar – that has up to 15 miles (24 km) of all-electric range, although that isn’t the true/primarily purpose of the electric motors obviously.

The six-cylinder engine in the about-to-be revealed AMG Project One works together with not one, but two electric motors. The first one — rated at 107 horsepower (80 kilowatts) — serves the purpose of keeping the turbocharger spooled up permanently. As for the other electric motor, it develops 161 hp (120 kW) and is linked straight to the crankshaft.

Given that Daimler is using the 552 kW, four-motor SLS AMG Electric Drive as a support, and also employing Lewis Hamilton in the new ad, indicates some serious performance is about to be revealed!